The Diablo saga brings together many unforgettable moments around the mortal world of Sanctuary. For the first time we will be able to explore it freely. In it we will find winks to the entire franchise, missions to complete, mounts with which to ride and hours and hours of play. We tell you everything we know about Blizzard’s great Action-RPG project, among us, the fathers of all this.

On February 20, 2021, new content about Diablo 4 was presented and, in addition, it was the date on which we were able to meet with Joe Shely and John Mueller, lead game designer and director of Diablo IV, respectively. The two have talked to us with great enthusiasm about the fourth installment of their famous saga, what they want for the game, its duration and its main novelty: its open world. For the first time, we will be able to freely tour Sanctuary using mounts, using fast travel, discovering cities and experiencing unexpected adventures. When I asked John Mueller what the key to this open world was, he was clear: “embrace the legacy”, answered me. Because in Diablo IV the ideas of the entire franchise come together to give them coherence, meaning and a “sense of place.”

From Blizzard they want us to travel aimlessly, to get lost and to reach locations that remind us of what we have already played in the first Diablo, II and III, but not only that, but that everything is interpreted consistently so that it forms an interesting global story and mythology. Joe Shely explained, “The fans, and ourselves, we wish the game had everything the other Diablo had, but set in a world bigger than Diablo III. Now we have been able to show more of Sanctuary, zoom in (…). It is a giant stage with many things to do. We have made sure that each play area has interesting adventures to discover. “John Mueller insisted on this over and over again, he seemed proud to have managed to implement a” history of the world “in his open world:” Diablo IV embraces the legacy of the entire Diablo saga (…) getting a powerful sense of the world, ideal for lovers of the universe who have been with us from the beginning, being even able to predict what will be in a location because you feel that you know this place “.

Wanting to summarize, the director of Diablo IV defined this Sanctuary as a great container of everything they had developed to date. He pointed out the camps as one of his favorite elements: “The camps is one of my favorite parts. The designers have made sure that each camp we find on our trips is unique. It may be inhabited by bandits, ghosts … There will be parts of lore, cutscenes… And things will happen that you never believe could happen in a Diablo game. ” With a greater orientation to history and myth, The game will be structured as follows. The main designer of Diablo IV explained to us that the main campaign, if you get to the point, can last at least twenty hours, but as soon as you start doing side missions, that figure can range from twenty thirty hours. The director added that we come to Diablo to play hundreds and hundreds of hours. 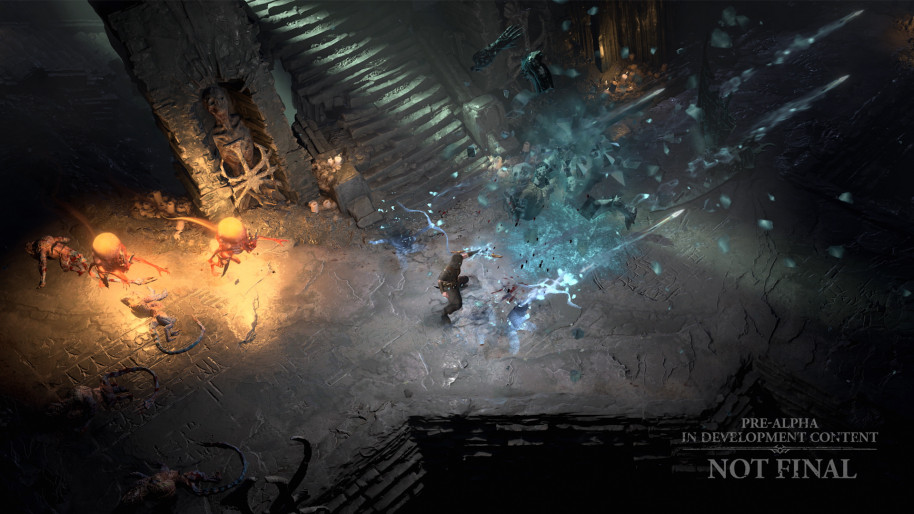 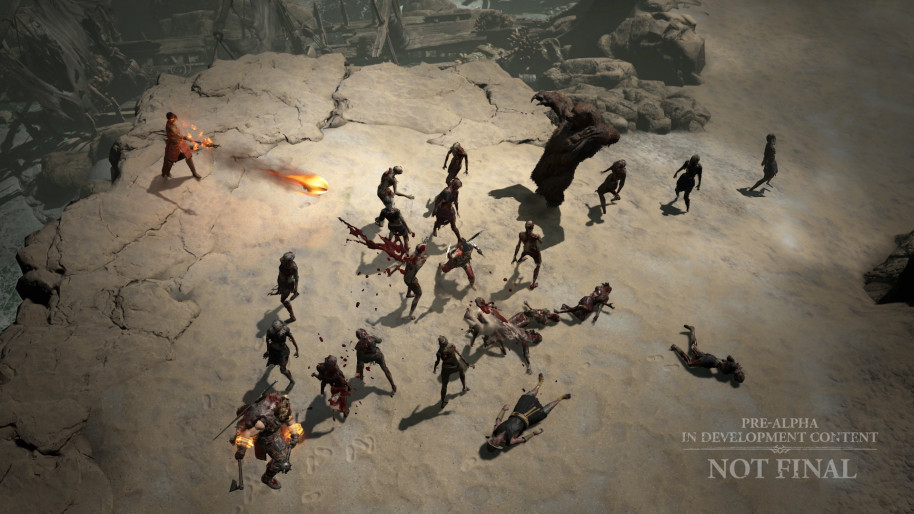 Joe Shely explained how, “once you finish the campaign, the world of Sanctuary opens up even more to allow you to do so much more.” It is not necessary to pass the game several times to enjoy the extra section that opens after finishing it, but John Mueller advises that it is very interesting to play the Diablo IV campaign testing with different classes, because the decisions you have to make and the encounters will vary your game. The title starts with a linear part in which you are put in context. Once overcome, the world opens up to you to decide where to travel and how. And with five regions, there is much sanctuary to know, and all this with the certainty that there will be hardly any waiting since the dungeons do not have loading times, for example. To keep players interested, a revert to the Diablo III season system. The idea is to keep the fans connected. During these events you can collect unique items that cannot be obtained in any other way.

On this, I wanted to know if the success of Fortnite, and the Battle Royale in general, had inspired them when developing their PVP. John Mueller frowned at the question and focused on repeating what we already knew about him. These fights will be resolved in special areas of your open world. The funny thing is that we can obtain objects that, in order to use them, it is necessary to complete a ritual. While this occurs, we will be the objective of the rest of the players. Mueller smiled as he asked the assembled media, “Do you want to be the hunted or the hunter?” Without wanting to belittle Fortnite, it would be missing more, it is to be appreciated that in Blizzard go your own way with this fusion between PVP and PVE well embedded within their idea of ​​what Sanctuary is today. Both these fighting areas, as well as the areas in which we face hordes of enemies controlled by the machine, will be well connected to each other through fast travel points and mounts. Joe Shely warned that these frames would be horses, that fantasy animals would not be used, but that they would be configurable. The designer, however, encouraged us not to overuse these quick trips. For him, Diablo IV is a game in which you walk aimlessly and accept what Sanctuary has for you. He and Mueller both really want us to enjoy this accent on adventure and RPG that this new installment will have. And this too has its effect on objects and in the growth of the characters.

How your character will level up in Diablo IV 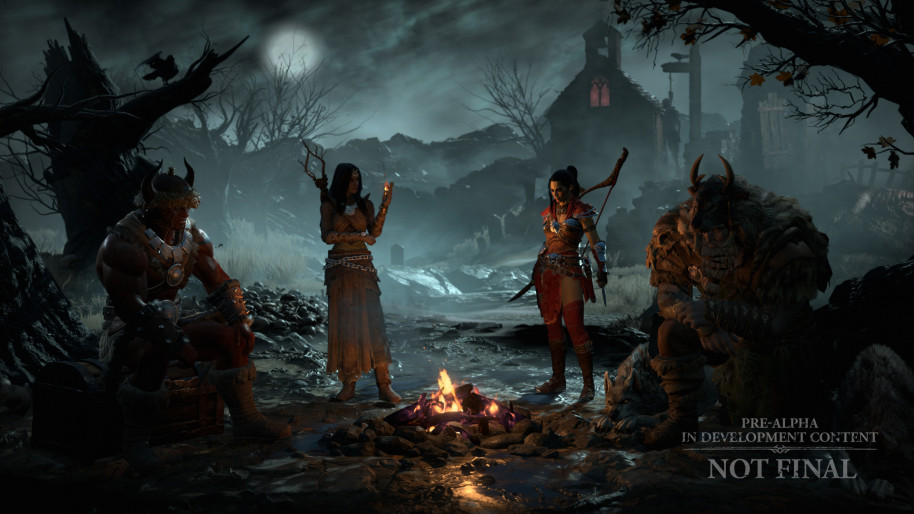 Going into playable matter, John Mueller told us that Diablo IV would be a good gateway for new players. The title will start small and will have many accessibility options. Nobody is aware that choosing an open world game structure is a move to increase your audience and reach. The campaign will be smooth, very prepared to know the world, its heritage and enjoy it; But in the endgame things will get more difficult. However, there is a ‘hardcore mode’ for veteran players who want more spice in their adventures. Diablo IV wants us to be playing it for hours and hours, and to achieve this, he knows that he needs to generate a strong bond between character and player; after all, we are now talking about an open world. “We want to give more relevance to the own power that a character can obtain at the expense of the objects he carries,” Joe Shely told us, “you can see it in the changes we have made in the skill trees, in the stats that you improve when you go up level and that will have a very relevant effect on each class, in different ways. Those stats (strength, dexterity, etc.) can unlock additional effects in your skill tree. In relation to our philosophy on items, we want players to be able to create a lot of different and unique builds, on their own. “ 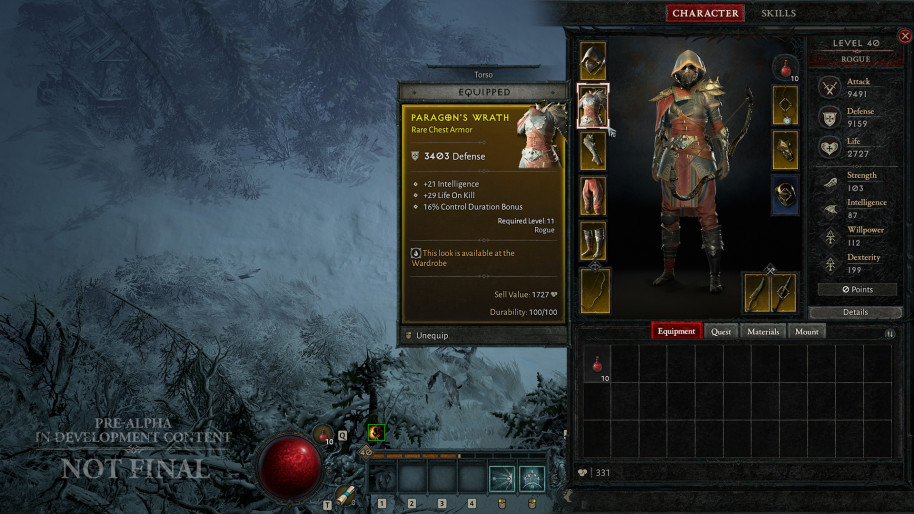 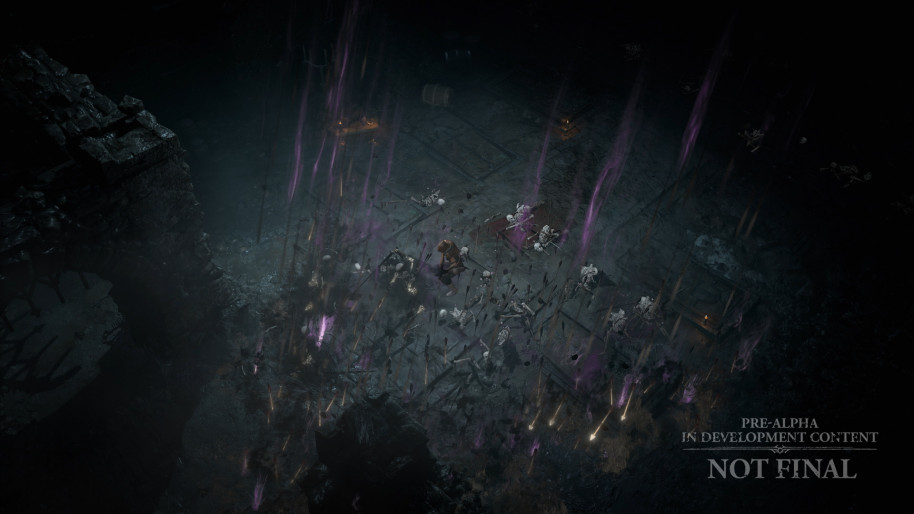 Joe Shely told us that Diablo IV wanted to avoid the construction of specific and overly repeated builds between players, something that could happen in Diablo III. But, in Diablo IV: “The design of legendary and unique items with legendary powers is randomized with effects that can affect different classes. You can mix many effects in different spaces enabled for it, and combine them with other rare items to optimize what you want. your character and adjust it to you. We believe players will have many opportunities to create and discover configurations that we haven’t even thought about. “I mean, what you want is that the same feeling of constant discovery that the world offers you, is also achieved with the character himself and on a constant basis. John Mueller also talked about the mounts : “There will be many armor to configure them to your liking as well.” Regarding the pace of play and its speed, Shely explained that it will not be as accelerated as in Diablo III, but because during the last sections of Diablo III, things were going too fast.

We will have to see how the exploration in search of history with the vertiginous dungeon worksContinuing with this customization and sense of ‘uniqueness’ for each character, John Mueller told us: “Each class will have specific missions to develop and specializations to achieve, such as enchantments for the wizard or an arsenal system for the barbarian. We want to give them something unique. to each of them “Shely pointed out that” when you talk with the NPCs, with your class, that’s when you can start and unlock the specialization of it and choose which of the three you go for. You can alternate between them and unlock them all, because you may be more interested in one for PVP and another may be more useful for PVE “. With everything Mueller and Shelly have told us, Diablo IV looks promising. Still no date announced, and not even confirmation for Playstation 5 or Xbox Series X | S (they refused to confirm the existence of these versions) or an alpha to play, we will have to see how that new exploration in search of history works in relation to the fast-paced dungeon we all love. During the interview they have said that there is ‘parity’ in the quality between console and PC versions, but we will also have to see how the controls respond. Diablo IV opens a new stage for the saga, and it is one that I will love to enjoy.