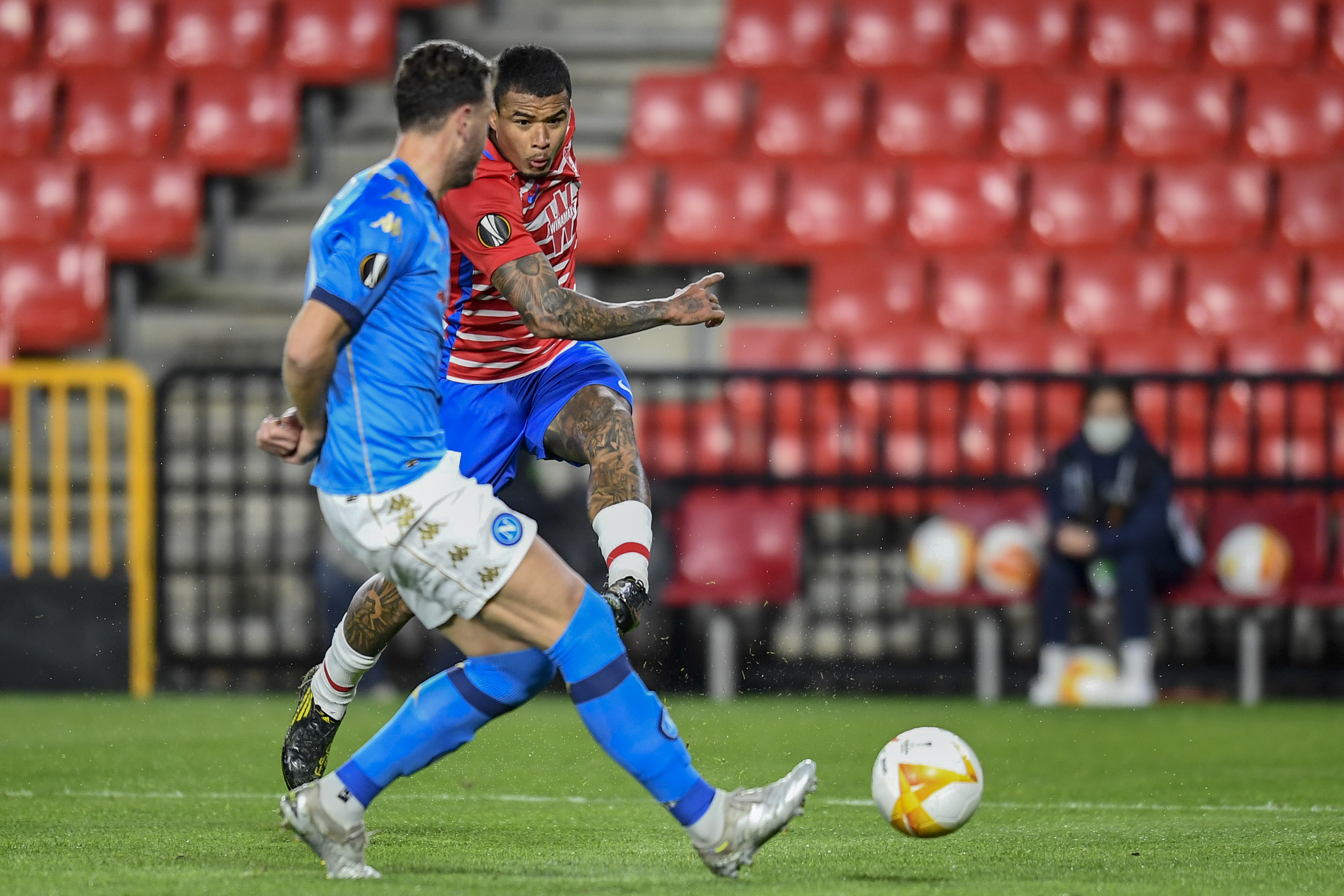 The Granada fulfilled perfectly in a special appointment in its history. The Andalusians finished with a note their debut in a European tie against a rival of substance such as Naples, which they submitted with a game of great merit. Intense and serious, Granada worked a great victory. The result obtained offers guarantees to attend the Diego Armando Maradona stadium next week with many qualifying possibilities. It is the product of the good team that Diego Martínez has built, capable of measuring himself in Europe in duels of this caliber. And do it, in addition, with important absences, such as those of Soldado, Luis Suárez and Milla. The 2-0 is the result that is always sought in this type of playoff. It does not fit in at home and the rival is forced to score three goals to pass. Next week, the Andalusian team can continue to make history to dream in Europe eliminating a powerful team from humility.

Granada is a magnificent competitor. Gattuso already announced it in the previous one, stating that the team directed by Diego Martínez is an atypical group for being Spanish. It is not very well known which is the mirror in which this Granada looks, although there is something fundamental in its way of playing: it knows how to take advantage of the moments that each game offers very well.

The intelligence of the Andalusian team was joined by the leading role of players like Montoro, who gave a lesson when it came to setting the rhythm of the clash. He did it, in addition, with some game changes that were vital in the development of the game.

Alongside Montoro, Gonalons also made a great encounter in recovering the ball. The Andalusians passed over their rival after a magnificent first half, in which he scored two great goals, and then managed the rhythm of the event with great solvency. Napoli lacked spark and talent to overwhelm this serious Granada. He tried it in the second half, but it is a touched and troubled team. Kenedy was essential in the two local goals. First with a great pass to Herrera and then at the end of an effective counterattack led by Machís.

Napoli, with many absences, up to nine, and a slow pace, fell into the trap set by the Andalusian team. With Fabian and Insigne out of the game, the Napoli footballers were almost never able to overcome the pressure from Granada. The Italians, with desperate Gattuso on the wing, improved somewhat in the second half, in which they enjoyed some approach to achieve 2-1. They were not right and the favorite to pass is now Granada.

It was Kenedy who translated into danger the control of the game that Granada showed from minute one of the crash. Foulquier had warned in an action that stopped the goal Meret, but the goal came after a cut and a luxury center from the Brazilian inside the area. Herrera emerged there to score with a good header. An action more than rehearsed by Granada, which makes perfect use of the arrivals to the area of ​​the Venezuelan player. Orderly, practical and efficient, the Andalusian team struck again two minutes later. The second goal was conceived in a manual counterattack. Machís stole the ball from a slow Elmas. He combined with Gonalons and the Venezuelan changed pace to pass Kenedy at the right time. The touch with the outside of the winger’s foot was fantastic to achieve the second Andalusian goal. Naples could not find an answer to the football that Granada proposed to him. Confused and beaten as Gattuso gesticulated in the band, he needed the break to clear his mind.

Napoli took command of the crash in the second half. Granada retreated, containing well and looking for a counterattack to reaffirm their dominance on the scoreboard. The truth is that he handled himself well as the minutes went by, although Napoli had some options. Zielinski’s entrance gave it more depth. The Polish player shot dangerously inside the area and Rrahmani was about to shoot a goal after a set piece. Diego Martínez reacted by refreshing the bands with the entry of Puertas and Soro by the tired Machís and Kenedy. Napoli pushed in search of a goal that would get them into the tie, although they did not shoot on goal until the 87th minute on a shot from Osinhem. Herrera, in the last play of the game, was even able to score the third goal. Meret stopped him with a good save. Meanwhile, Jorge Molina, at 38 years old, put pressure on the Napoli defense in the 95th minute of the game.