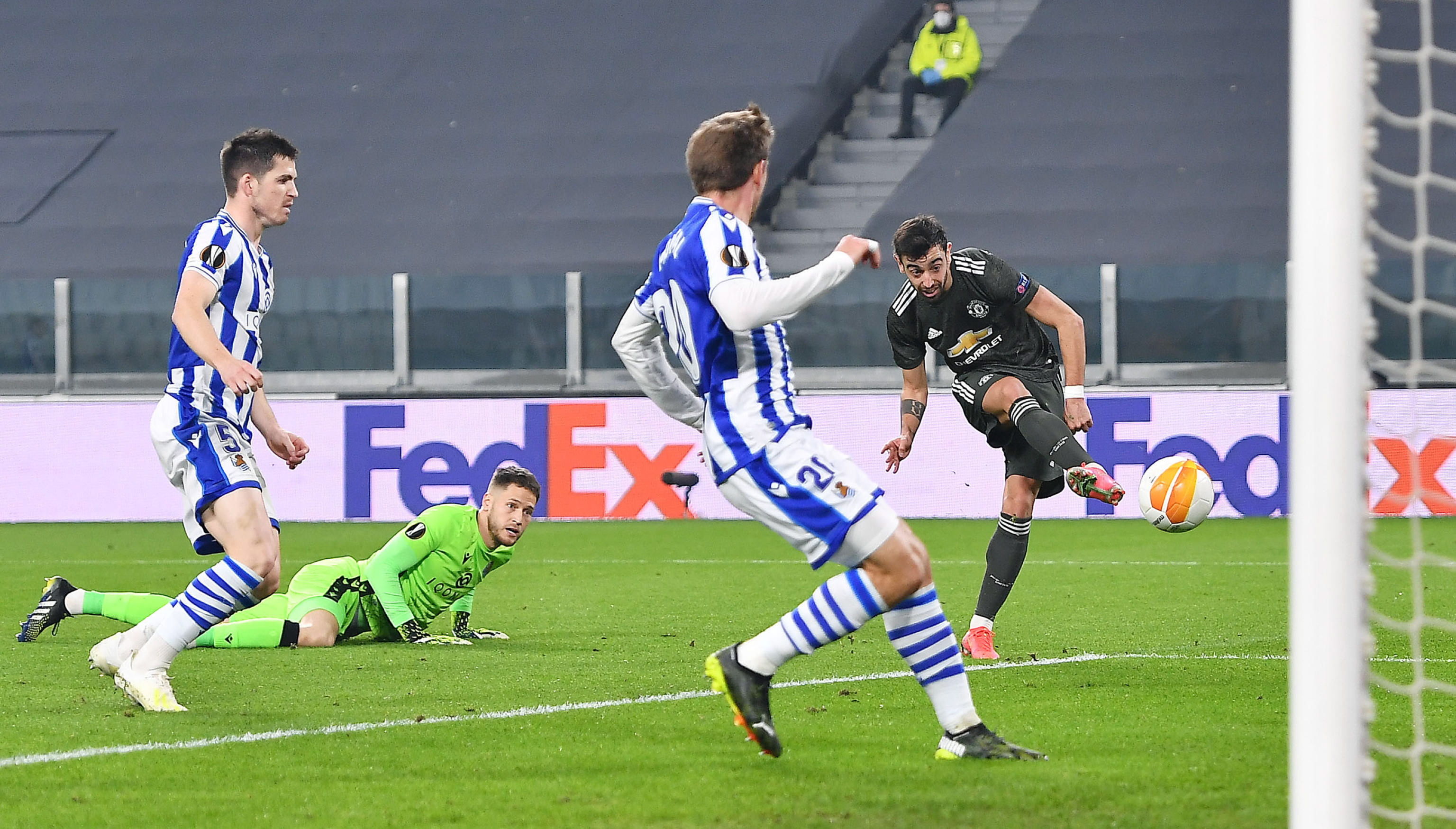 La Real Sociedad as another symptom of the downturn. The result of the first leg of the Europa League round of 32 begins to look like part of the ailment that affects Spanish teams in Europe. The soccer pandemic began in Barcelona (1-4 from PSG), spread to Seville (2-3 from Dortmund) and found another outbreak in Turin, the circumstantial home of Real, with 0-4 from Manchester United. The San Sebastian team, which is showing off in the local championship, sweated ink to qualify in the group stage and practically lost the tie after the first game, against an infinitely superior rival, common in the list of the great European express . It is not that Imanol’s men did not measure up, but it is beginning to be seen that this size is very short, insufficient to show the workmanship in the noble zone of European competitions.

United massacred La Real, who could only play what the English proposed. The dominating team in LaLiga was a bewildered group, unable to move at their usual pace, and certainly not the one marked by the red devils, who did everything at will almost from the start.

The duel, which started fast, already boiling from the kickoff, was adapting to the English proposal. As soon as he started, Januzaj, with pending accounts with United, received at the edge of the area and shot near the crosshead, when the first minute had just ended. But in the reply it was Rashford who enjoyed United’s first choice after beating Zubeldia. Remiro broke it by covering the gap with his body. In that exchange, before the spirits calmed down, Isak received the counter and his shot sent Henderson to a corner.

Then things began to be put in place, which was what the Solskjaer team wanted. The English team, with more skill, took command of the operations, drowned the departure of the Real and began to make the San Sebastian defenders’ hair stand on end. The push of McTominay, a young man who entered the Red Devils academy at the age of five, swept the Real’s midfield. Silva did not appear, but neither did Merino, overshadowed by United’s speed in their actions.

Remiro saved his team again after a play by Bruno Fernandes that McTominay executed, and soon after, the Reds wasted a double chance after another play by the Portuguese. Rashford planted himself before Remiro but fired at the body. The rebound was hooked by Fernandes with a head, and Le Normand took it over the line. The Frenchman had replaced Aritz in the starting team announced by Real. Again, one of the centrals was out due to injury in the warm-up. It is the third time it has happened to Imanol’s team this season.

Real was very lost and the goal from Bruno Fernandes had to come to disconcert the txuriurdin even more, in a long ball in which Remiro measured badly and the centrals collided. The Portuguese striker caught the ball to put his team ahead. It was the beginning of the end.

Only then did the Real wake up, although it was not enough to match the forces. Manchester was allowed to love, gave ground and was entrusted to the counterattack, but the realistic dominance lacked substance. Oyarzabal’s determination and Merino’s improvement opened a crack to hope, but in the face of a formidable rival and Silva tied up, with that he did not reach a draw. The game accelerated when United wanted, and stopped at the whim of the English. They handled the operations. La Real never had real options.

And neither in the second half, in which the Donostiarras tried to come out with vigor, but again stumbled over the physical exuberance of their rivals, who found the ways to resolve the match on the backlash. Bruno Fernandes doubled in an action reviewed by the VAR after the referee signaled offside. The royalists lowered their arms, even more so when Rashford punished them with the third goal, again in a sudden counter. Then the little that was left of the Real disappeared, and James finished off.