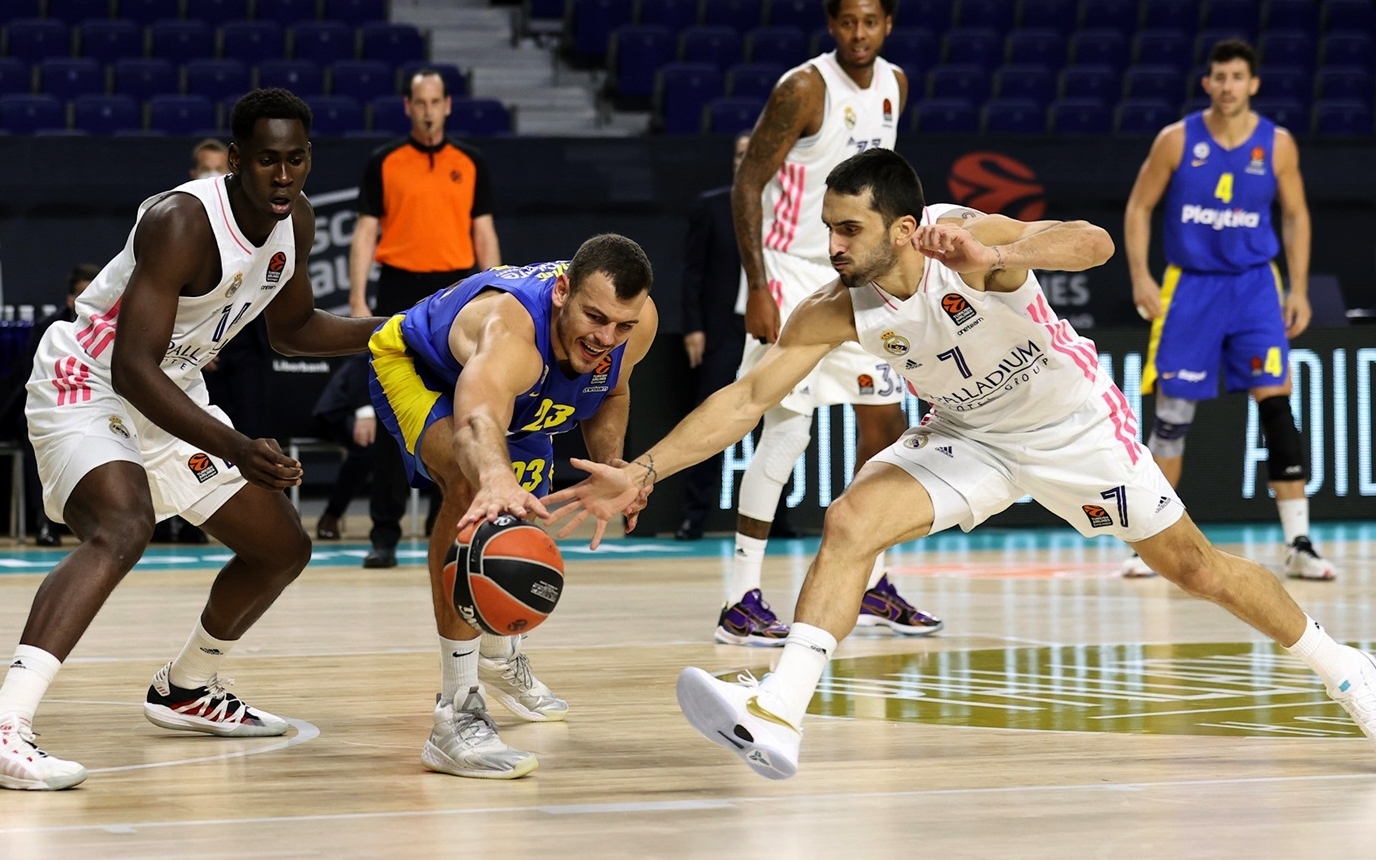 Real Madrid appeased Jordan Loyd in time and beat Red Star in the mythical Sala Pionir in Belgrade (67-73). Rudy Fernández was in charge of drying the top scorer of the Euroleague with a museum defense in the final stretch of a gusty match and the whites reached their fourth win in eight European days, the eighth in a row, between the League and the Euroleague, since they fell in the Palau against Barça on October 23. Randolph (13 points, with 3 of 4 in triples, and six rebounds), Thompkins and Abalde completed the Madrid mission in another exercise of patience and experience after a bad start. In Madrid statistics, 11 of 18 in shots of two, 14 of 39 in triples and 18 turnovers. Asymmetric numbers saved by a growing composure and a union commitment with which the whites have straightened out their bad start in the competition.

Two pairings marked the beginning of the match and in both Madrid came out losing. Kuzmic won the game over Tavares, who went to the bench with two fouls in just a minute and a half. And Loyd escaped the shackles of Abalde and Llull with much more ease than Laso’s plan collected. Two triples from the former Valencia player, the top scorer so far this tournament with an average of 21.6 points, marked the effervescent start of the Serbian team (21-8, m. 7). Faced with such a scenario, the Madrid coach looked for solutions on the bench and turned to Garuba, Thompkins and Carroll. The new mix took effect immediately, with a 2-13 run based on the youth squad’s rebounds and the Americans’ points. But, without defensive consistency, White’s reaction did not have continuity. Loyd resumed work (13 points in 14 minutes in the first half; he stayed at 22 at the end) and the Red Star stretched the rope again (38-27, m. 16).

Without the intimidation of Tavares and with Campazzo looking for a pulse against Walden, Madrid clenched their teeth to rejoin the game based on experience. But, unable to calibrate the measure between vertigo and haste, the whites left at a disadvantage in the intermission (42-36, m. 20). “The best is the result. We need to be in control of the game for more minutes, ”Laso explained. Nine losses for 10 assists and a 6 of 20 in triples portrayed a Madrid counterfoot that, in return, dominated the rebound and applauded as a blessing the return to the parquet of Tavares in the resumption after more than 18 minutes in the chair of thinking . It was not decisive, but it was the episodic protagonist of the Madrid lash.

With the Cape Verdean in front and several turns of the screw in defense, Madrid took its purpose of amendment to a 4-18 partial, 11-23 on the aggregate of that quarter. Randolph took command in the scoring and the Whites took the initiative before entering the home straight (46-54, m. 26). Llull became a limpet on Loyd, trying to finish the work of undercut and wear on the rival star, and the Red Star was flattened in its attempt to rearm. Madrid began to look for chloroform to manage the rent, and Loyd the dynamite to dismantle the white defense. But Laso’s team escaped free play and, in two minutes of correcalles, life got complicated after a 12-5 return from the Serbian team (65-64, m. 35). The return to the track of Tavares did not appease this time the agitation of the Red Star, but the hand of Thompkins, with two consecutive and providential triples, and the voracious defense of Rudy on Loyd, stopped the Serbian enemy in time and allowed Laso’s grab their third win in a row in Europe.

The last defenses of Rudy Fernández on Jordan Loyd (top scorer in the Euroleague) were decisive. Denying him reception, by boat … And a key robbery. Details that win matches. pic.twitter.com/XBHgqO1vPr