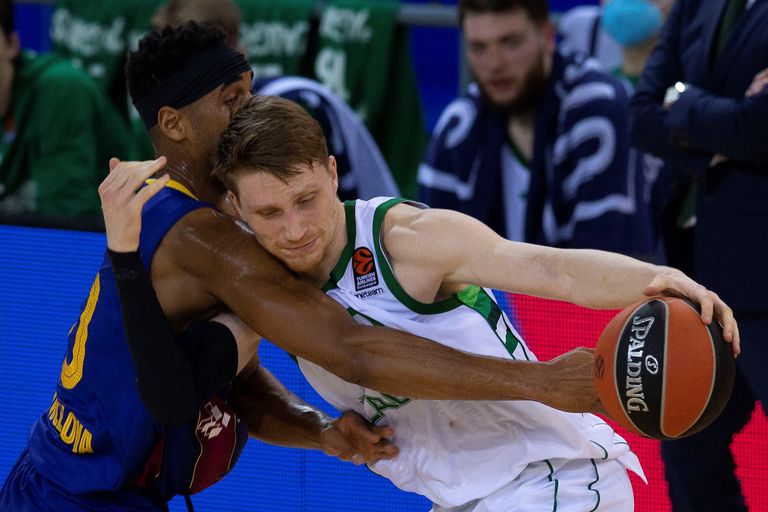 The European duel against Zalgiris de Kaunas (86-62) turned into an extension of the ecstasy of Barça and Cory Higgins in the Copa del Rey. The Barça team enjoyed the proposal of their Lithuanian rival, a game with a very lively rhythm of play, with high scores, without too many defensive entanglements.

Higgins, the Cup MVP, expanded again. The Californian forward again marveled with his handling of the ball, with some masterful assistance like the one he gave Davies, with his penetrations to finish with the basket.

The Zalgiris kept the type during the first half, while they found waterways in the defense of Barça. Lithuanian forward Milaknis from outside and French center Lauvergne often undid Barça’s defensive effort. The Lithuanians’ offensive rebound gave them baskets, second options and prevented Barça’s quick starts on the counterattack. When Jasikevicius corrected his men and his changes and defense aids became more effective, Zalgiris lost the thread. The difference was already considerable at half-time (48-37). In the return to the park, Zalgiris found themselves in a zone defense that Mirotic immediately broke with a triple. The difference increased. Austrian coach Martin Schiller called for a very quick time-out to appeal to the most primal effort of his players. Their screams thundered in the empty Palau Blaugrana, but they did not have the desired effect. Unlike.

Barça’s difference continued to increase, up to 24 points before the end of the third quarter (63-41). An assist from Mirotic’s back, the triangulations between Hanga, Bolmaro and Davies, a slap from Smits, all contributed to making the Barça game effective and attractive. The Zalgiris melted almost completely. Their attacks were lost to the Barça defense, especially their outside line, with a lot of triples missed by their offensive referents Marius Grigonis and Nigel Hayes.

The balance of the third quarter says it all: 23-10. The advantage was 25 points (71-46) in the third quarter and 28 in the last (75-47). Barça distributed the leading role, with a note for Oriola, Bolmaro and Davies and minutes also for Sergi Martínez and Pustovyi. It was Barça’s seventh victory in their last eight Euroleague games.

Palau Blaugrana. 25th round of the Euroleague.