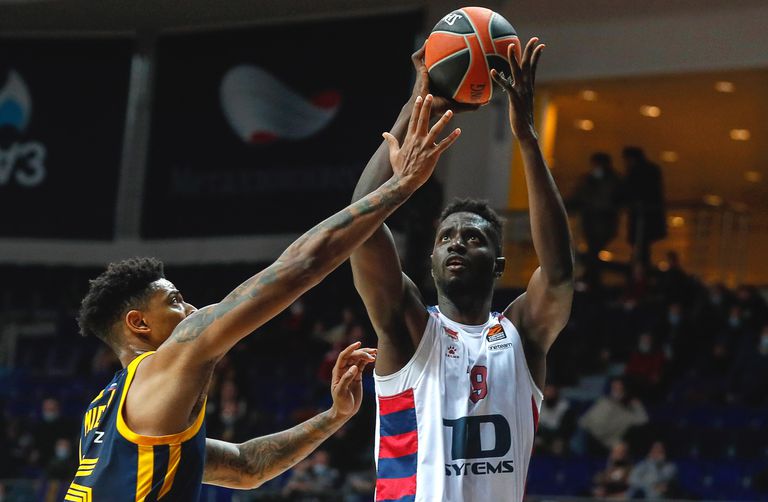 Baskonia won the most comfortable match they have faced this season (67-89). Khimki is the bargain of this Euroleague. The Moscow team added their 15th loss in a row. They have not won since November 17, on the field of Zenit in Saint Petersburg, a squad then very marked by the effects of a coronavirus outbreak. Khimki have only two wins in 24 games and are the last in the standings, far behind the penultimate, Red Star.

Baskonia, 11th in the standings, were forced to win in Moscow to maintain their chances of qualifying in the top eight to qualify for the quarter-finals.

The Spanish squad set the pace from the start and dominated with authority. Their advantages grew as the game progressed: ten points ahead at halftime (37-47), 15 in the third quarter (60-75) and 24 in the final moments (65-89).

The authority of Fall inside the paint, with 14 points and 9 rebounds, the effectiveness of the Baskonista attack and the predictability of the Khimki attack set the standards of the game. Many Baskonia players found their moment and left Moscow with very good numbers. Vildoza, Dragic and Giedraitis added 13 points each; Peters, 11. Ivanovic took the opportunity to dose Henry, who played 13 minutes, just pitched and gave seven assists.

Khimki is a team mired in such a negative dynamic that it is close to abandonment. He has already changed coaches – Andrey Maltsev relieved Rimas Kurtinaitis on January 15 – to no avail. Alexey Shved is one of the few fearsome players who force rival defenses. The Russian guard-guard, a Minnesota player between 2012 and 2015, tends to take on a very individualistic role and this was also the case against Baskonia. He had 16 points and 10 assists, and he missed seven of the nine triples he threw.

Baskonia grabbed 48 rebounds, double that of Khimki. The data reflects the face of the party. The Russian team tried to live off the outside shot and in the end they ended up toning and added 13 of 33 in the triples (39%), but their inside game was null and less effective than from the maximum distance, with 31% in shots from two.

Mytischi Arena in Moscow. 461 spectators. Match of the 25th round of the Euroleague