Home>Cryptocurrency>Ethereum locked in battle with resistance at $ 1,130

Ethereum, the world’s largest altcoin by market capitalization and the second-largest coin in the crypto industry, recently hit a new all-time high. This isn’t a huge surprise given the recent developments around the project, which suddenly attracted a lot of attention. However, after hitting the ATH, Ether also ran into a major hurdle that still remains.

Ethereum soars after welcoming Visa to its network

Recently, Visa announced that it will start allowing crypto payments on its network, but that payments will be processed through the Ethereum blockchain. This generated a lot of excitement for the USD (USDC) coin that Visa uses, as well as Ethereum, which has already been overwhelmed by the recent NFT craze. And let’s not forget the growing DeFi sector, which is still the strongest on Ethereum, in addition to all the other ERC-20 altcoins on the project network.

All of this brought a massive increase in Ethereum gas fees, due to lack of scalability. But, on the positive side, it also affected its price, allowing it to move up to a new ATH. 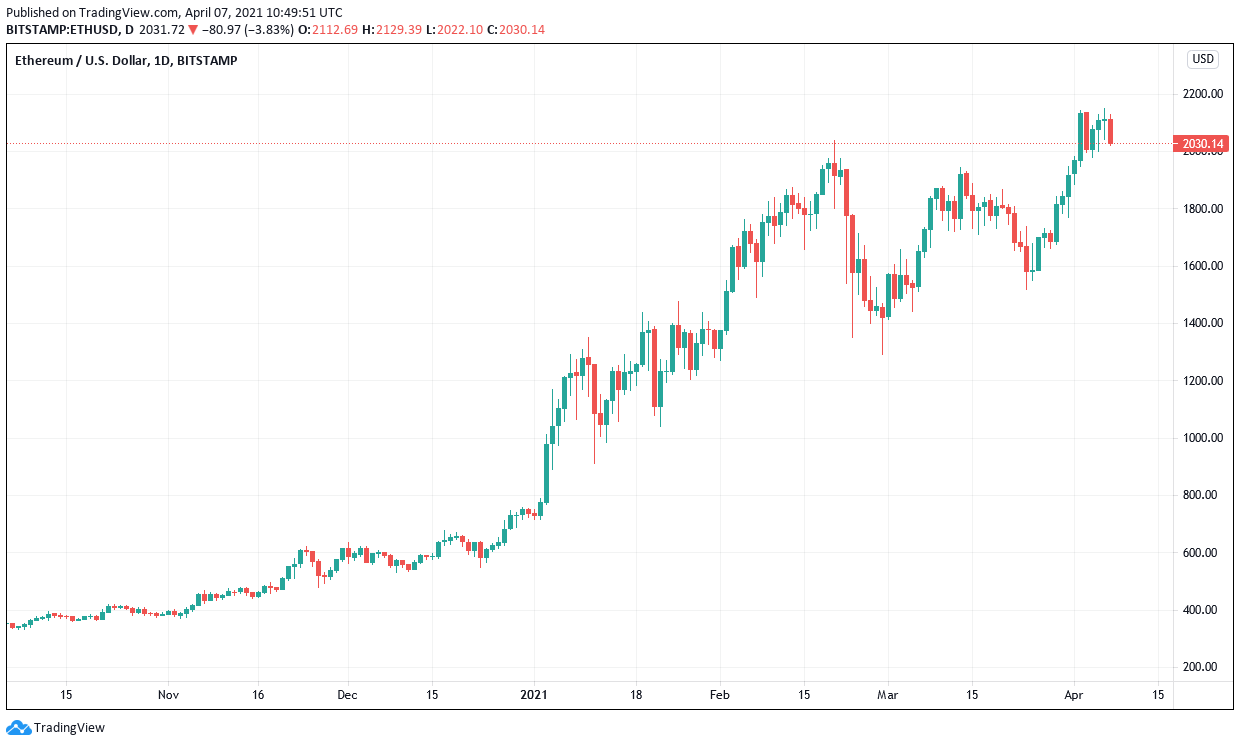