From Corona in Queens dozens of immigrants and coalitions joined a national request.

While the boarding of the immigration issue On several fronts it remains the greatest challenge of the Biden Administration, this Friday from the Corona neighborhood, in Queens, organizations that defend the immigrant rights joined the national petition to be included in the path to citizenship essential workers who ensured that some economic engines were still running and services during the COVID-19 pandemic.

Hundreds of protesters demanded the White House and Senate leadership that quick actions be taken to get out of the “Darkness of illegality”, to whom without fear of getting sick, they continued to put their shoulders in strategic areas such as agriculture, food distribution, transportation and basic services.

“For 20 years, I have lived in this country that I now call home. I have been a fundamental worker and, like me, there are millions of undocumented workers across the country. Today, we call on President Biden and Congress to recognize our value. Must include a path to citizenship in its infrastructure plan, “he said Mario Chávez, resident of Queens and member of ‘Make the Road New York’ (MRNY).

This “cry” launched from the Big Apple occurs when pro-immigrant communities and coalitions across the country have also called for emergency measures to provide a path to citizenship for 11 million undocumented. 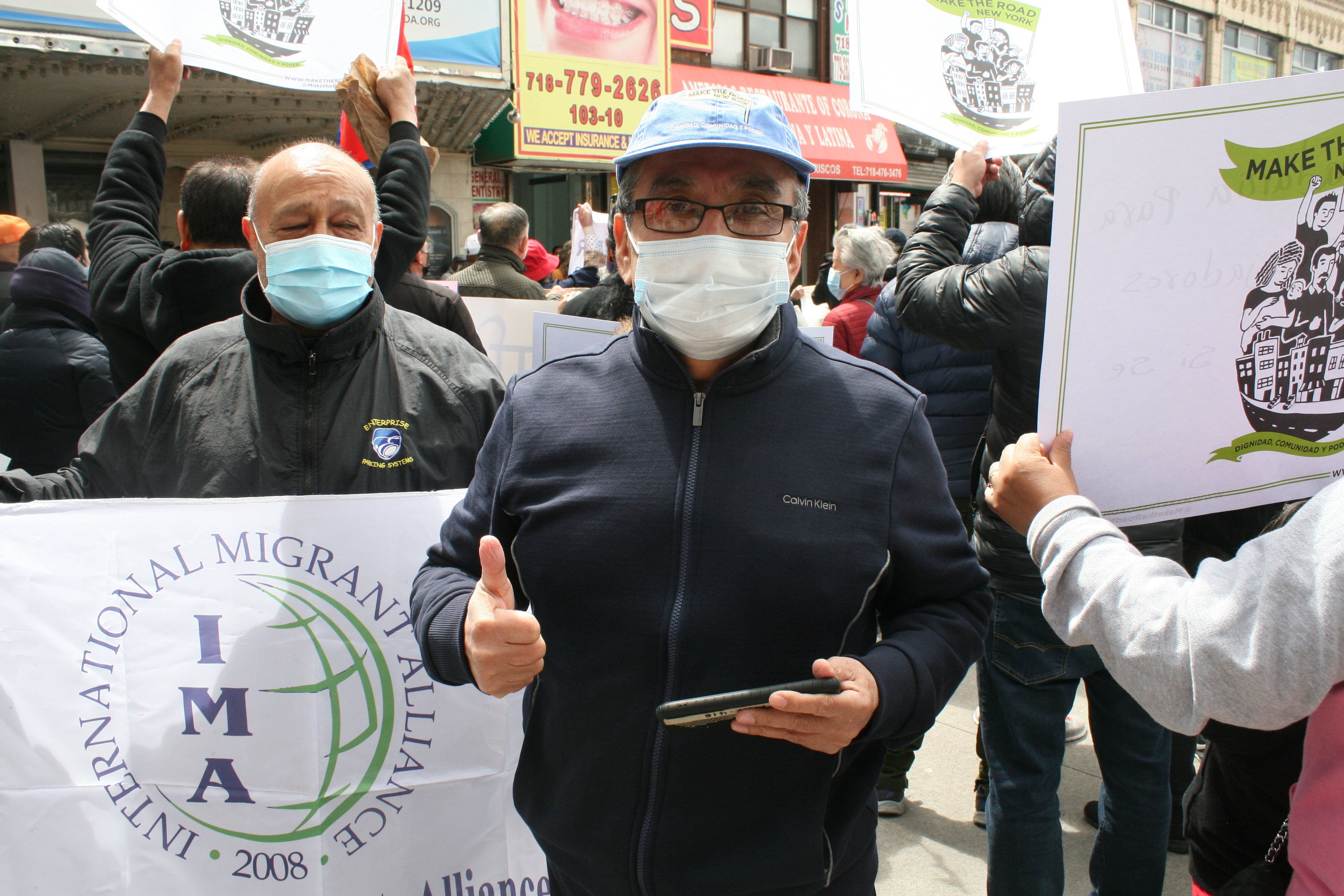 “We want to be part of the recovery”

Last month President Biden presented the first part of his infrastructure plan that includes the investment of 2 trillion dollars, with the stated goal of creating “Millions” of jobs and confront China on the world economic stage. In addition to fighting climate change.

The first phase of your program ‘Rebuild better’ involves investments that would span eight years and would be financed by an increase in corporate income tax from 21 percent current to 28 percent.

The Ecuadorian Manuel Ordóñez, 65, He commented that those who have come from other countries have been a fundamental part of making “this the largest country in the world and they can easily join this recovery plan.”

“We went excluded from all packages federal aid. Those who risked their lives were not taken into account at all. Now, we have a new hope. It is fair to facilitate the passage to legalization for those who also they generate wealth”, The immigrant reacted.

In principle, the Citizenship Law that is required to be approved in parallel in the midst of the economic re-impulse policies, would open the curtain so that at least five million essential undocumented workers they are part of the post-pandemic recovery.

For its part, Natalia Aristizabal, Director of the Center for Popular Democracy, one of the organizations promoting this request, recalled that the public health crisis made it more visible that immigration is part of the priority social fabric from the country.

“It is time to ensure that the people who risk their lives, for all of us, can access the care and resources they need,” he said.

The Colombian assembly member Catalina Cruz representing Jackson Heights and Corona lamented that thousands of undocumented immigrants who live in the country and are the backbone of many economic activities, have been forced “to live in the shadows for decades for fear of deportation “.

Assemblywoman Jessica González-Rojas also described that every day these communities face the daily threat of a “violent immigration system and broke ”.

“We must fight so that finally these workers can call home to this country “, He stressed.

500,000 immigrants Undocumented people are estimated to reside in the Big Apple.
5 million undocumented immigrants they would come under the denomination of “essentials” throughout the country, especially thousands of agricultural workers and of the food industry, maintenance, transport and vital services in general.
1.2 million of New York workers remain excluded from receiving unemployment assistance, stimulus checks and other financial aid programs.
265,000 undocumented workers, the Big Apple were unemployed at the peak of the pandemic crisis that began last March 2020.
3 legislative proposals aimed at legalizing undocumented immigrants, who are also essential workers, already have a presence in Congress.