Tired of the blockage in which the trans law Due to the differences between the two government partners, the State Federation of Lesbians, Gays, Trans and Bisexuals (Felgtb), the Triángulo Foundation and Chrysallis (Association of Families of Trans Minors) have called on PSOE and United We Can to give in in their postures. In this framework, the groups have urged the purple formation to agree to merge the text with that of the LGTBI law, something that the Ministry of Equality has accepted. The socialists, however, have not moved one iota of their position on the rejection of gender self-determination.

Once the request of the three associations was known, both the Minister Irene Montero and the Secretary General of UP, Pablo Iglesias, have rushed to respond through Twitter that they were in favor of unifying those projects. “I appreciate the proposal of the LGTBI groups, we have always wanted an agreement, for us it can be today”, said the first. “The rights of trans people will be law,” said the second. But both have also reiterated that they will not give up that self-determination of gender is guaranteed.

Sources from the department headed by Montero have remarked that this issue should be law, “because it is the most respectful way to guarantee the rights of trans people and it reflects the highest human rights standards, as indicated by the European Commission. “” The proposal that the groups have submitted to the Government complies with that main demand, even if it is a single text, “they add.

The union of the two laws is one of the approaches that the PSOE had put on the table to carry out the Equality initiatives in this matter but the most important choice lies in the recognition that the change in the Civil Registry can be made exclusively with the free will of the person who requires it. The first vice president, Carmen Calvo, has come to ensure that he is “fundamentally uneasy about the idea of ​​thinking that gender is chosen without more than the mere will or desire, putting at risk the identity criteria of the rest of the 47 million Spaniards “.

The trans law will be law, recognizing the right to self-determination of gender identity and responding to an outstanding debt with trans people. I appreciate the proposal of the LGTBI groups, we have always wanted an agreement, for us it can be today. https://t.co/fRgBnzbIqw

The measure is a red line both for UP and for the organizations, which, in the same way that they have demanded that Equality give in on one thing, ask the Socialists to do so on the other. “We ask the PSOE to assume the self-determination of the gender of trans people, without guardianship or bureaucratic, long and humiliating procedures, as requested by Equality and as requested by the European Commission,” said Uge Sangil, president of the Felgtb, on Tuesday. to which the president of Triángulo, José María Núñez, has added that not all the party rejects it: “It is important to say that many people within the PSOE do understand and support it.”

For Sangil “there are no strong arguments for not accepting both proposals”, something essential at a time when there is a “rise of hatred” towards trans people and the entire LGTBI collective. However, sources from the socialist part of the Executive have insisted that even to get married or to account for a death in the Civil Registry you need at least one witness.

From Moncloa they value positively that their partners have agreed to group both laws because they consider that in this way a “more solid” standard will be achieved, because there is harmony between LGTBI and trans rights and because in this way the current Equal Treatment Law may serve as an “umbrella”. They also believe that this will expedite the process so that be ready in this legislature. 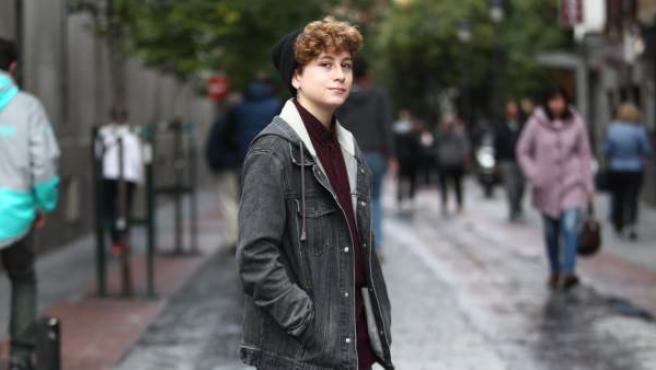 However, the Socialists argue that the resulting text must comply with the Constitution and provide legal guarantees in case the law is appealed to the Constitutional Court. The sources, cited by Efe, acknowledge that the new legislation could have a title intended only for transsexual people so that they have their rights recognized, which “have to be regulated and protected,” but they point out that the Registration in the Registry must be resolved by the Ministry of Justice, which is the competent one.

The same sources have explained that in the union of the two laws Education and Health also work, which are the other areas involved, and have pointed out that in the Government’s commitment between PSOE and United We can there was no talk of the “content” of the trans law.

Before the PSOE’s response was made public, Sangil had been optimistic about the possibility that the consensus proposals of the Felgtb, Triángulo and Chrysallis would unblock the negotiations and that the future comprehensive bill for trans people and for equality real of the LGTBI collective arrived at the Council of Ministers in May. The negotiations, however, remain stalled.