In 2019, the television program “El Gordo y la Flaca” and Univisión were shaken with a scandal, after Enrique Albis, then producer of the famous entertainment program, was denounced in the public eye for acts of sexual harassment. And although the former producer was fired from Univision, and an agreement was allegedly reached with several of the women who denounced him, according to the Los Angeles newspaper La Opinion, which until now had freed him from the risk of losing his freedom, the things changed for Albis.

According to the aforementioned media, the Miami City Prosecutor’s Office continued to delve into the case, and last week they filed new charges against the former Univisión employee, which would complicate his judicial situation and could lead him to prison.

In its report, La Opinion assured that the misdemeanor charges for alleged assault that had been imputed against Albis in relation to three complaints had a twist and now serious criminal charges have been rearranged in two of them.

El Gordo y La Flaca Report Dismissal of Producer Following Univision Investigation | GYF This Wednesday, August 21, the media reported that the producer Enrique Albis was allegedly involved in sexual harassment of an aspiring presenter, events that would have happened in April 2015. For this reason, Univision immediately began an investigation and issued a statement emphasizing that “We do not tolerate any type of transgression.” # ElGordoyLaFlaca… 2019-08-22T22: 13: 00Z

Albis, who since the complaints came to light has been far from the spotlight, is now accused of two serious crimes of sexual assault and two minor crimes of assault in one of the cases against him, as well as a felony of illegal detention and misdemeanor of injury.

The Nuevo Herald newspaper highlighted that the new move against Albis occurred after The Miami Herald newspaper revealed new data and complaints about the alleged abuses committed against the producer with young women who aspired to work on the show and who not only had groped and attacked with vulgar proposals, promising to appear on television, but also in one of the cases it is claimed that he tried to force a 20-year-old woman to perform oral sex on him.

The acts of sexual harassment by Albis were revealed in 2019 by the YouTube entertainment program ‘Chisme No Like’, hosted by Javier Ceriani and Elisa Beristain, who presented an audio where one of the alleged victims was harassed by the former producer of The fat and the skinny.

Regarding the new charges against Albis and the alleged acts of sexual harassment that occurred within the channel’s facilities, Univisión stated that they have zero tolerance against sexual harassment, for which the former employee was fired.

This was the response that the channel sent to Right Now, about it:

FAT AND SKINNY PRODUCER HARASSES LATIN DRIVER IN CAMERINOS DE UNIVISION – CHISME NO LIKEHOY IN CHISME NO LIKE SHOW ELISA BERISTAIN AND JAVIER CERIANI: Strong !!! Producer of El Gordo y La Flaca masturbates on Univisión with a host who went to an alleged casting for El Gordo and La Flaca, insults and harasses her sexually !! YouTube Show! A BOMBA! 2019-08-21T18: 47: 13Z

The news comes a few weeks after the same television show was once again in the eye of the hurricane, after the actress and singer Lucía Méndez, like the singer Virggi, denounced having been victims of acts of harassment by Raúl, el Gordo de Molina, which Univisión assured at the time that it would investigate, as they once again warned that they do not tolerate acts of harassment in the company. “Univision takes these types of allegations seriously and we will review them carefully,” they mentioned at the time. 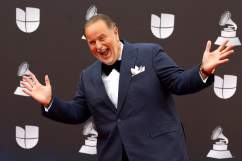 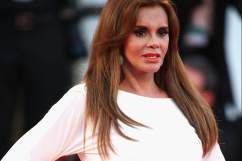