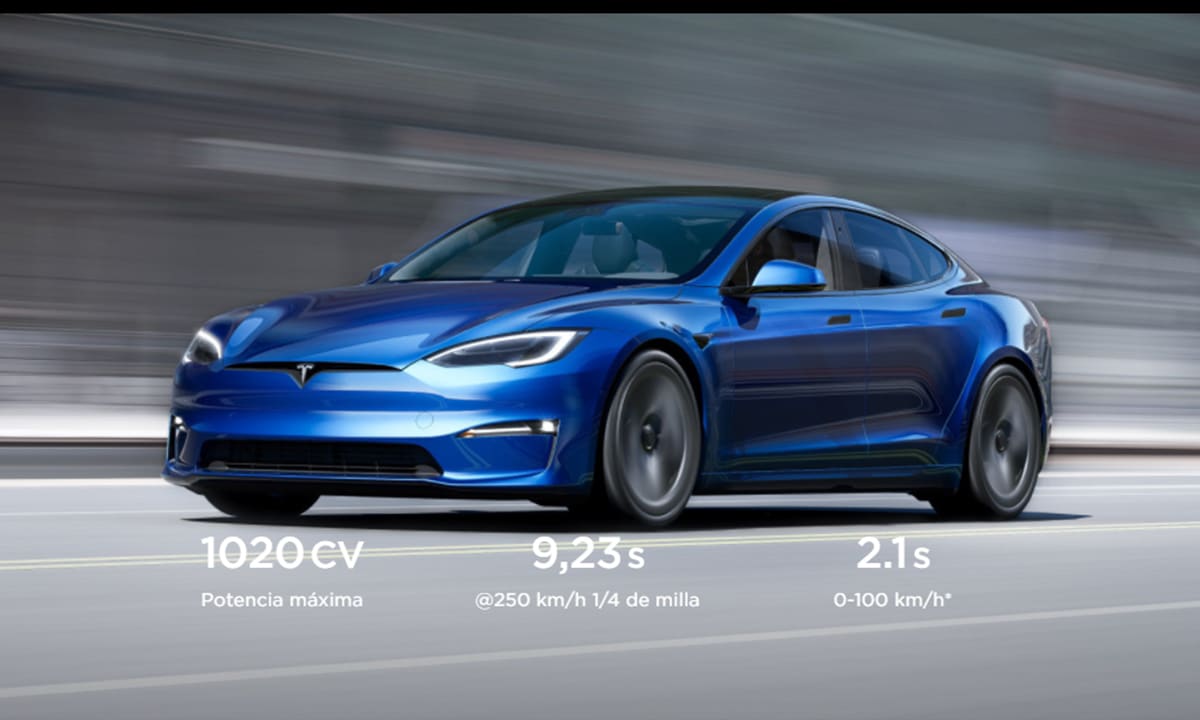 The evolution that Tesla has lived in recent years has been dazzling. If someone had told us that, starting from scratch, they would catch up with firms such as Audi, BMW or Mercedes-Benz, we would have died of laughter. But models like the Model S and Model X give good faith that their technological level is at its height or, perhaps, even above. But Elon Musk, its creator, is always willing to give more and the Tesla Model S Plaid + is the example.

When at the end of last January we met the restyling the Model S we take a joy. According to those responsible for Tesla, a sporty version would arrive with an acceleration worthy of the best hypercar. Would be called Plaid + and as expected, it would be placed above the Plaid that they already announced long ago. However, it seems that this version has fallen out of release planning. Can you imagine why this could have happened?

Plaid + is canceled. No need, as Plaid is just so good.

Well everything we know about this cancellation has come via Twitter. Elon Musk, following the usual trend in his announcements, confirmed that the Tesla Model S Plaid + was no longer among his plans. The reason he gave to argue for its removal is the following (translation of the Tweet posted on his account):

Plaid + is canceled. It is not necessary, since Plaid is so good »

However, we hoped that this situation could happen. Last May Tesla stopped scoring orders for the 2022 model year and that put the rumor machine to work relentlessly. At the moment they have also not announced how many of these customers made deposits to reserve a Plaid +. However, it is more than likely that this information will not see the light, especially now that it will not be released.

For the moment, Elon Musk has limited himself to giving hype and saucer to the Tesla Model S Plaid (to dry). According to the executive, it is the fastest production electric car ever made. Reasons to wield this arbumento are not lacking, although there are some models that overshadow it. Not surprisingly, we must bear in mind that the Model S is a premium saloon of representation and is far from everything that a hypercar represents.

We are convinced that very soon we will have new technical data on the spectacular Tesla Model S Plaid. The Yankee firm is organizing an exclusive event at the factory they have in Fremont (California) to publicize this and other novelties to their most loyal customers. Therefore, we can only wait …