It is reported that The Ellen DeGeneres Show ends after 19 seasons and more than 3000 episodes. 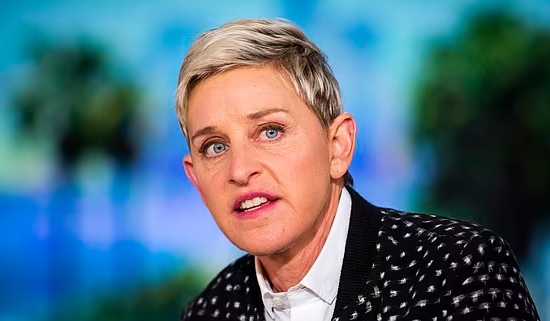 DailyMail reported that Ellen is ending her show because ratings have dropped so much after allegations of bullying and a toxic work environment on set.

A source close to said that this comes after the drop in ratings that have been very bad this year and Ellen knows that her time is up.

The famous host confirmed the news to The Hollywood Reporter, saying:

“When you’re a creative person, you need to be constantly challenged – and as good as this show is and how fun it is, it’s no longer a challenge for me,” said Ellen.

DailyMail says the talk show ends after several employees and former employees accused Ellen of supporting a toxic work environment and played crazy about being bullied by executives. The host apologized for that in an opening monologue last season.

Ellen told her staff on Tuesday that the show was ending and will discuss the news Thursday on the show with Oprah Winfrey.

The Ellen DeGeneres Show premiered in 2003, and will end 19 seasons next year. Despite the comedian telling THR that she first considered ending it in season 16, the news came as a surprise to fans. According to Us, next season will be a celebration of all the years of the show.

“The entire next season will be a celebration of the past 18 years,” a source told Us Weekly. “They’re trying to see which A-List and popular guests they’re going to invite. It’s not just going to be the last show that’s a big hooray! It’s going to be every show that season. “

On that list will Dakota Johnson be ??? LOL! No one had ever called Ellen a liar to her face on her own show. In 2019, Ellen interviewed Dakota and trying to put her down told her that she had not invited her to her 30th birthday, to which Dakota responded by saying that it was not true, that she had invited her and she had not come, that she had will ask everyone. The whole interview was super awkward, but Dakota didn’t take a second from Ellen. That clip has gone viral again.

dakota johnson has done more for society by ending ellen degeneres than most of your faves have in their careers and it shows
pic.twitter.com/KVslhRUfi0

So now everyone is thanking Dakota and using that clip to celebrate “Happy National Dakota Johnson Day” and the end of the Ellen DeGeneres show and how he left her as a liar. And it applies, because Ellen says that she ends it because it is no longer a challenge and when in reality (they say) the show lost ratings due to the scandal of the toxic environment and bullying.

Ellen DeGeneres says poor ratings and toxic workplace allegations didn’t play a part in her decision to end The Ellen Show after 19 seasons.

Whatever! The Ellen DeGeneres show ends after 19 seasons.