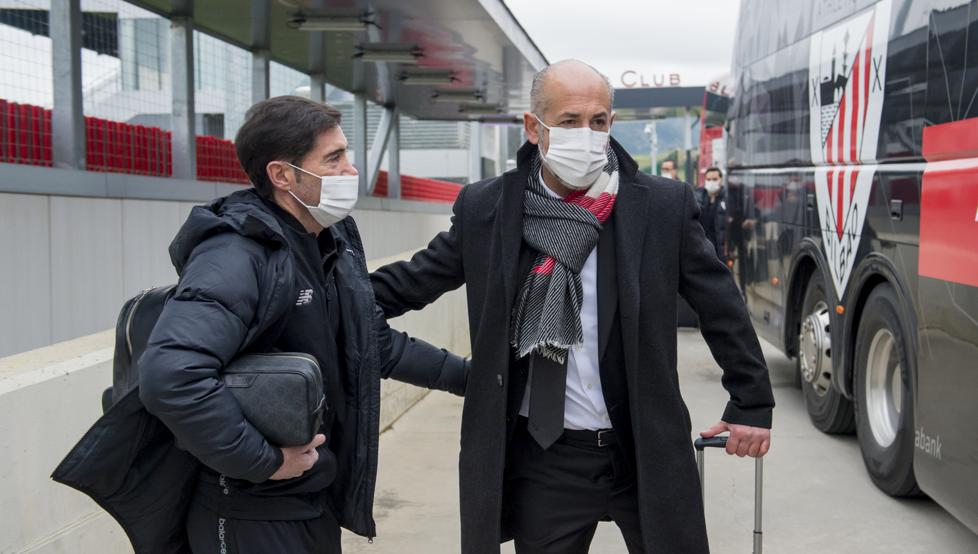 The Covid-19 pandemic is significantly affecting football clubs. The absence of the public in the stands is very noticeable in the coffers of the clubs. Athletic already reached an agreement with the players for the reduction of salaries when the health crisis broke out. Now negotiate a new decrease. Aitor elizegi predicts that it will be higher than the previous one (6%), as stated last night in the program ‘Bilbosport’ of Telebilbao. “We are going to safely reach an agreement and it will be higher than the previous reduction,” said the president.

The cook and his Board face the Extraordinary Assembly on Sunday to approve the accounts of the past season and the budget of the current one that the compromise partners fell in the conclave held on December 27 of last year. Elizegi He is not considering resigning if the club’s owners reject his proposals again. “I am a fajador, I adapt to resist. We must protect Athletic, we will decide in June 2021 or 2022 if we want to continue with this project or not, but we must be responsible every day, “said the leader, who acknowledged that in the previous meeting they did not know how to communicate the effort to the partner what to do.

Elizegi also threw praise for Marcelino, not without first acknowledging the work developed by Garitano. “He left a great legacy, he took a team on the decline, almost got it into Europe, took it to the Cup final, made a transition in the dressing room, left a squad that Marcelino inherited, but we must recognize the ability to Marcelino for transmitting, convincing and embedding since he arrived, and convincing the players to face the games with more verticality, risk and attack ”, he stated.

The head of Athletic also predicted that the renewal of Raul Garcia, the only one missing among players with contracts until June 30 this year, is coming soon. “I don’t care about the date,” he said. Elizegi He added that the Navarrese likes to “take care of each comma”, something that he applauds, and hopes that he will prolong his relationship for two or three years.