The digital platform for used vehicles niw.es argues that the alternative energy car will act as a catalyst to promote the renewal of the automobile fleet, given that in the first quarter of 2021 registered 2,080 electric cars transferred throughout the national territory, according to data provided by the MSI consultancy for the dealers’ employers, Faconauto.

This data represents a 287% more electrical transfers used in relation to the same period of 2019 with 727 vehicles transferred. “Although diesel and gasoline continue to dominate the transfers of used, these figures reveal an increasingly growing interest in alternative energy vehicles, which makes us see that We are moving towards decarbonization and renewal of the automobile fleet“, indicates Ignacio de Benito, Chairman of the Board of Directors of niw.es.

In addition, Transfers of used electric vehicles in the national territory represent 13% of the total number of used cars sold with alternative combustion (16,644), behind the gasoline / electric hybrids that account for 45% (7,388 units) of the transfers in this segment, or the Mild Hybrid gasoline, with 14% and 2,240 cars delivered. For their part, those who combine gasoline with electric propulsion accumulate 1,725 ​​transfers.

By regions, Madrid is the autonomous community that most used electricity transferred in this first quarter of the year, with 797 registered units. Catalonia is followed with 339 vehicles, Andalusian, with 214 cars delivered and Castilla la Mancha with 136. For their part, the autonomous cities of Ceuta and Melilla are at the end of the ranking, with a single vehicle sold in the second mentioned city. Then go The Rioja with three cars delivered and Cantabria with 22 used units transferred. 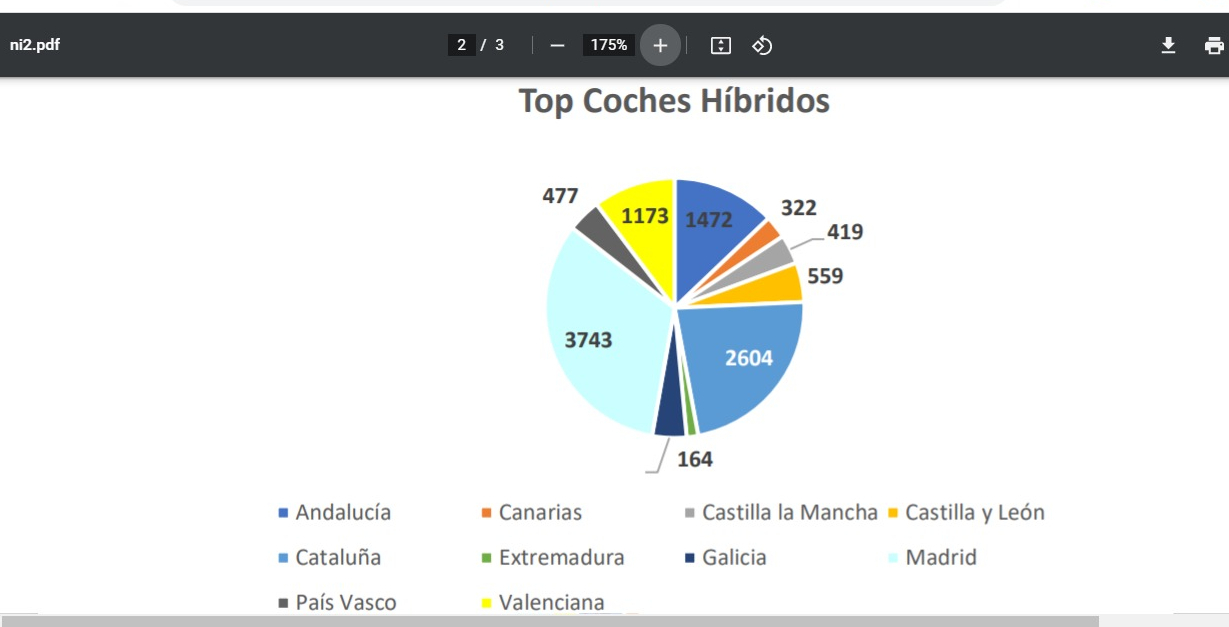 If we take into account the set of alternative energies and hybrid engines, Madrid would also rise as the community with the most registered transfers (5,172), followed by Catalonia with 3,169 units, Andalusia with 1,832 and the Valencian Community with 1,378 transfers.