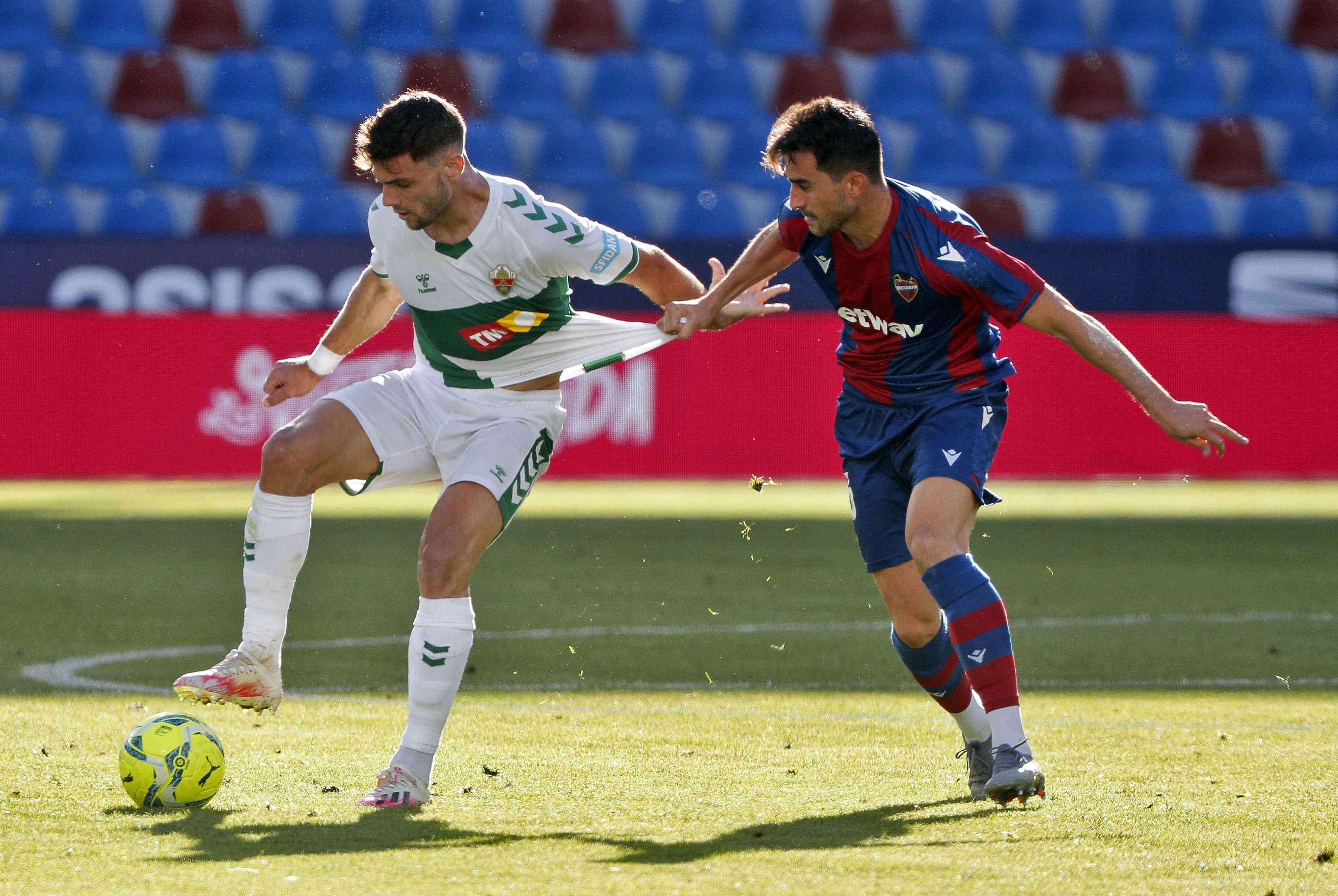 Elche turns on the red light in Orriols. The eleven of the green strip equals a goal in the Ciutat de València and blocks Levante in the lower zone of the table. Fourth draw to one in a row for the granota, who only added one victory in nine games. The surprising and meritorious rookie team of Jorge Almirón, who arrived with casualties, shakes the dominance of Levante in the second half, and consolidates in LaLiga as one of the best visitors.

With Roger newly arrived after being confined for about two weeks after testing positive for covid-19, Vukcevic recovered after three weeks of injury and Bardhi out of action due to an acute herniated disc, Paco López patched the eleven with the young De Frutos and Dani Gómez, giving the position of second forward or midfielder to Gonzalo Melero. The Madrilenian, a mixed midfielder with a lot of arrival, had fun in that position from very early. A shot from the front, which deflected Marcone’s heel, forced the skinny Edgar Badía to confirm that it is a good goal. The goalkeeper from Elche stretched out and cleared a poisoned ball for a corner. Badía could not stop seconds later a point-blank header from Gonzalo Melero himself. “They can’t finish us off in the small area” was read on television from the goalkeeper’s lips. He was right. Campaña put a ball in the heart of the small area and Melero, getting away from his mark, headed down lowering his 1’83 height to adjust the shot and hole after Vezo did not arrive. Paco López jumped on the bench. The board had worked. The influence of Melero, intense in the pressure, in the granota offensive was total until he left the field, melted and with low socks, in the final section.

In the granota goal, another good goalkeeper like Aitor Fernández flew to his left in the 36th minute to slap a shot from Pere Milla for a corner. Jorge Almirón changed the skin of Elche and went to defense of four with Marcone going down to receive in the ‘Lavolpiana exit’, but his core, with superiority of troops, could not argue the ball to Campaña and Malsa. Levante, out of control at the start, slowed down its usual frenzy and waited for Elche in three quarters, joining lines, although, at the minimum, its sides, always long, shot out. Vezo and Postigo, the two centrals, were more sheltered.

Elche, who missed Fidel, was more of a protagonist at the start of the second half. Raúl Guti and Marcone began to dominate the game and the Elche block raised the pressure line, occupying many minutes in the opposite field. The tie came from a set piece. A magnificent center from the left of his attack by Josema was finished off by Morente with the toe of his right boot, anticipating the departure of Aitor, perhaps blinded by the sun. The Basque goalkeeper then blocked a header from Gonzalo Melero.

The eleven of the green strip finished the game in his area and closing the spaces to Levante. Paco López shook his eleven with the changes but ran into Edgar Badía and his usual lack of success.