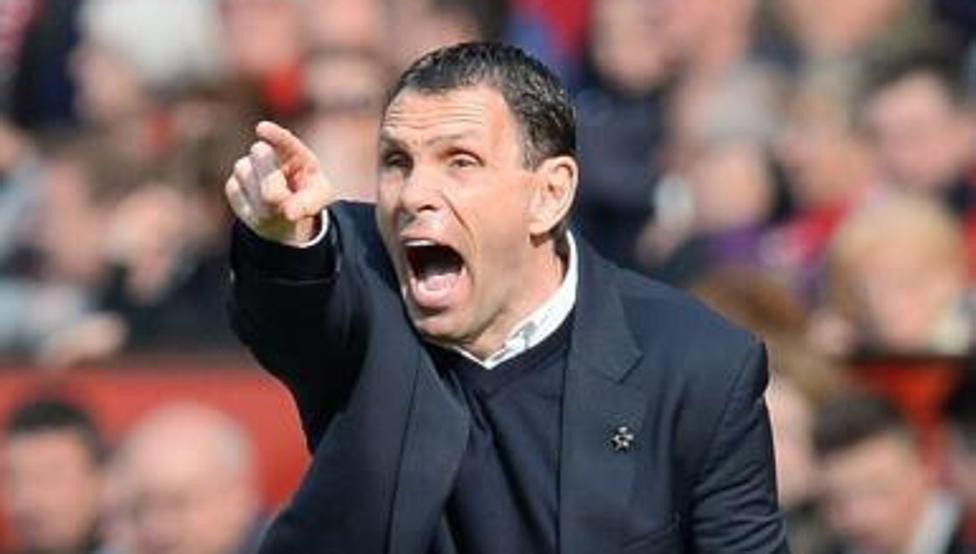 Gustavo Poyet, former Uruguayan soccer player who triumphed in the Spanish League in the Saragossa and in the Premier in the Chelsea, and who is now a coach, has passed through Radio Marca to talk, among other matters, about the game that will face the Atlético de Madrid and who was his team this Tuesday at the National Arena in Bucharest, first leg of the knockout stages of the Champions League.

“I’m trying to get back on the bench, looking for the right place. It is taking me a little longer than I expected, it depends 50% on one and the rest is part of the clubs. We are working to return ”.

“I had four very good years where we won titles. In Spain, people remember more, obviously, my time at Real Zaragoza, but where I played the most and scored the most goals was in London.

“Like me, Diego Pablo wore the River Plate shirt. We have very similar things, the way we played was similar; we gave everything. When it comes to comparing ourselves as coaches, we have differences with style. However, we must thank Cholo for showing the world that it was possible to play football beyond the way Guardiola did. He implemented another way and won LaLiga, something important for the rest of the coaches ”.

“There are people who are very convinced and who know how to explain the causes to the players, that’s why Atleti is first in LaLiga and Manchester City first in the Premier League. They know how to make their players apply ”.

“From the outside it is easy to give an opinion, but the periods where one is not as well as usual remind me a lot of my time as an assistant in Uruguay. At that time we lived a bad period and where going back to basics worked. That does not guarantee that it is always the solution, we technicians always seek to continue growing. Now a different game is coming for Cholo, Lampard is gone and there are still mysteries in the English team ”.

“El Cholo was very intelligent in sniffing out the possibility that Luis Suárez wanted to show what he is as a footballer and so was the forward himself when choosing that place. We put the two together and I am not surprised by the performance of Luis Suárez ”.

“The changes of coach in teams of this level make the players react alone. I think he has shown many things at the start, with a lot of mobility in the first minutes, but when the rivals got ahead on the scoreboard, it was harder for them to turn the situation around ”.

“I have seen both César Azpilicueta and Marcos Alonso strengthened by the new coach. In the case of the latter, I must admit that I am very happy because we have agreed. It will be interesting to see how the team comes out of the pothole and especially to see it in European competition ”.

“It has to be clear that Chelsea with Thiago Silva is one thing and without him it is another. There was a lot of talk at the beginning when Tuchel arrived about the prominence that was going to be given to the Germans (Havertz and Werner) and that, like other things, are aspects that have yet to be seen ”.

“This case hurts a lot. The year Cristiano Ronaldo left was the ideal time to replace him, there he had an ideal season with Chelsea. When Hazard arrived in Madrid, he suddenly seemed older. I do not think that the style of play is the problem of this soccer player, neither the mental, I go to the physical. He has paid the price for physical problems that have not allowed him to return and have meant that he does not return to his ideal conditions. One of my maxims as a coach is to put players on the court with minimal or no excuses and I don’t think Hazard has ever been like this. There was always some excuse, it was 60%, the team was not well … It is not Zidane’s fault, the player depends on himself to face this great challenge of turning it around ”.