The SD Eibar has left the first project mortally wounded, we will see if it is not the last, by Manuel Pellegrini and Antonio Cordón (and the umpteenth of Haro and Catalán) at the head of the Real Betis Balompié, who returned to offer a very poor impression and fell with amazing ease before the gunsmith team, who like Athletic a week before, forgot their scoring difficulties against a rival who gave them all kinds of facilities and returned to complete an embarrassing performance. 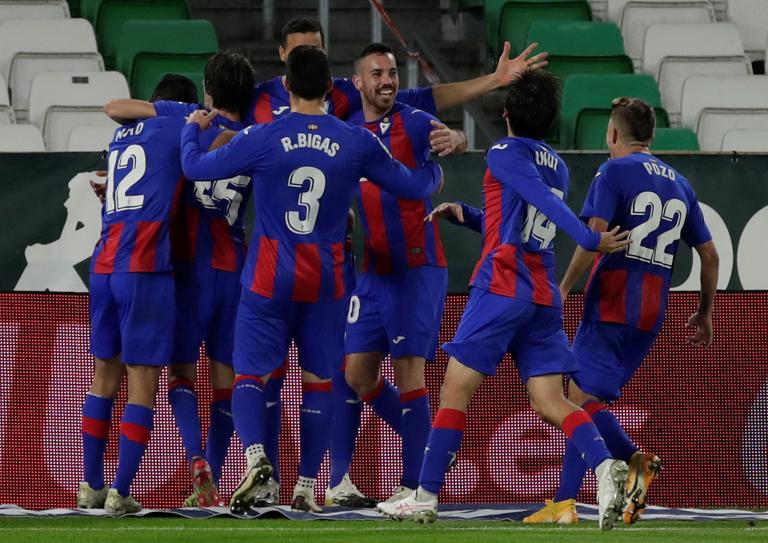 Real Betis were a nervous wreck from the opening whistle, especially after Cristian Tello a clear heads-up against Dmitrovic (20 ‘) failed in which the Serbian goalkeeper won the game and avoided the 1-0 with a brilliant intervention. The game, until then, had been balanced, with two fearful teams and without loosening ties, since on the local side only the sides or Fekir and Joaquín appeared, while in the visiting ranks only the Sevilla player Bryan gil It seemed capable of generating complications for the insecure local defense and goalkeeper, who went through hard times again and again to get the ball in the face of high pressure from the gunsmiths.

Without Claudio Bravo, Mandi and William Carvalho -this on the bench by decision of Pellegrini, who bet on Guardado- the departure of the ball from the Betis from behind left a lot to be desired. Joel Robles is not a virtuoso with the ball at his feet, nor is Guido Rodríguez, who was thrown more times than expected, and in one of them the Argentine caused an absurd loss of the ball in the front that ended with a lateral center of Pape Diop, Bryan Gil beating Emerson in the jump and Inui clinching the 0-1 over the goal line. The ball was already coming in but the Japanese wanted to make sure of it and pushed it over the line … to the fortune of the Betis, because then the VAR showed that it started from offside and prevented the 0-1 from going up to the scoreboard.

But it didn’t matter. As has happened many times before – against Madrid, Atlético or Barça – around the break the Betic team left disconnected and served the rival triumph on a platter. Manuel Pellegrini, who again made a mistake in the line-up giving the title to a Joel robles more than amortized -Dani Martín’s footwork is much superior-, he removed Emerson at half-time -with a yellow one- and put Martín Montoya in, who the first thing he did was observe impassively how Muto finished the 0-1 at will under his nose at the exit of a corner combed by Esteban Burgos his first goal in the Spanish League.

Just three minutes later, Joel Robles gave away the 0-2 committing an absurd penalty and ‘loading the jangá’, as they say in these lands when everything is spoiled.

The party was seen for sentence. Pellegrini’s five changes did not fix anything and Eibar won with astonishing ease and if he did not finish goals it was because, in the end, Joel saved two or three goals scored, including a penalty to Sergi Enrich at 88 ‘. Good morning …