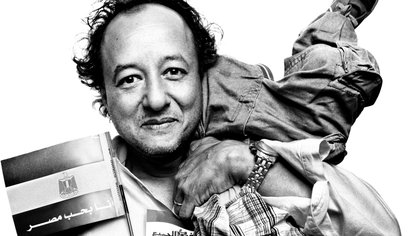 The NGO Egyptian Initiative for Human Rights (EIPR) has announced the release of three prominent activists, including its executive director, after weeks of pressure from the United Nations and various human rights organizations.

Those released are the head of the group, Gasser Abdel Razek; its director of the criminal justice section, Karim Ennara, and its administrative head, Mohamed Bashir, according to what the organization has made known on its Twitter account late this Thursday.

“Gasser, Karim and Bashir have left the Tora prison directly. Unusual. Either they are already at their home or they are going to their home,” the organization published before applauding their top manager. “Thank goodness for your safety, oh Gasser. Welcome home.”

The three activists were arrested and charged with “terrorism” and “attack against state security” after conveying their concerns about the state of Human Rights in the country to a group of 13 diplomats during a meeting held on November 3. .

Representatives and diplomats from Germany, France, the Netherlands, Italy and Belgium attended the meeting. The organization has been in the government’s crosshairs since 2013. The authorities froze the assets of the NGO’s founder, Hossam Bahgat, in 2016 and have prohibited him from leaving the country.

The United Nations last Friday condemned the arrests of the activists, which it described as “arbitrary” and the result of a “retaliation” against those responsible for one of the last remaining humanitarian NGOs in the country.

“It seems absolutely aberrant to us,” according to the UN panel of experts. “They simply exercised their right to freedom of expression to discuss the human rights situation in Egypt,” they lamented. The organization Human Rights Watch (HRW) also condemned the arrest of the activists in what “represents a dangerous escalation by the Government against the organizations that defend Human Rights.”

However, a fourth person in charge of the organization is still detained, the gender researcher Patrick Zaki, who was arrested in February without any further news being known about him.