The IDAE believes that it could be a good measure that could correct the weakest leg of this measure, indisputable in terms of Road Safety and noise. Although not regarding the consumption of cars or air pollution

New speed limits in cities Change The 30 km / h speed limit is coming to cities today: how is it applied?

In the efficient driving courses that we have given to professionals, the gain was 10% and up to 15%, so the formula could be applied for 30 km / h in the city. This is how Pedro Prieto, director of the IDAE (Institute for the Diversification and Saving of Energy) manifested yesterday about the weakest leg of the reduction of speed in the streets of a single lane in each direction: its effect on car consumption and air pollution.

The measure came into effect on May 11 and yesterday was the subject of a conference at the DGT. It was inaugurated by the Minister of the Interior, Fernando Grande-Marlaska, who recalled that lowering the speed from 50 to 30 km / h reduces the risk of dying in an accident from 90% to 10%. That, when urban mortality already accounts for a third of the total and, in 82%, it is led by pedestrians, cyclists and motorists. Besides, it will make cities healthier and better coexistence.

Three decibels less: half the noise

Without a doubt, because of the level of noise they support. It was clarified by Alfonso Gil, head of mobility of the federation of municipalities FEMP and deputy mayor of Bilbao, the first city with more than 300,000 inhabitants to apply 30 km / h on its streets and awarded for it in Europe. The WHO has warned that excessive traffic noise generates heart disease and accelerates diseases such as Parkinson’s said, an argument reinforced by that of Gabriel Castaares, director of Palanca Policies for the Sustainable Development Goals: They are three decibels less, but by the logarithmic scale with which they are measured, that is half. Namely. that five cars at 50 km / h make the noise that 10 to 30.

Instead, motorists and workshops have warned of the effects on consumption and pollution. Because, as cars go slower, in shorter and more revved gears, they will spend more and systems such as particle filters they will not work optimally.

Transport, the sector that consumes the most energy

On this point, Pere Navarro, director of the DGT, affirmed that the measure is part of a broader discourse that seeks to reduce the weight of cars in cities. And since there will be less, that data will be reduced. Also because there will be a shift towards other more efficient means of mobility.

In this sense, Prieto, from IDAE, recalled that transport is the sector that consumes the most energy, with a 98% dependence on oil, and that is why it will be the one that will have to reduce its spending the most: 38% according to the 2020 Climate Plan and that dedicates the first four measures of the 10 of its roadmap. 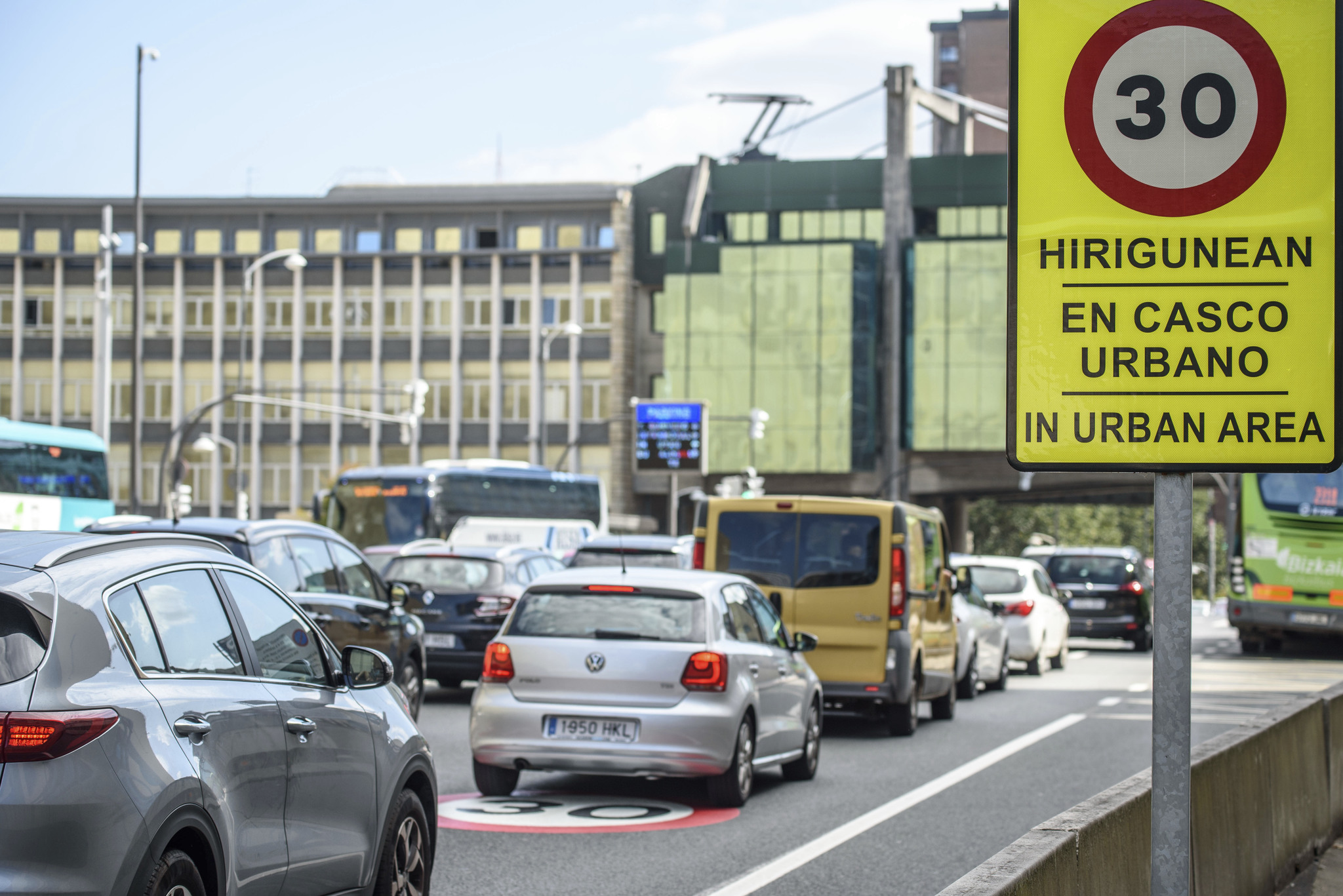 In Bilbao speed fines have dropped

The event was attended by representatives from other cities such as Malaga and Valladolid. In the first, for example, the reduction to 30 km / h and even 20 km / h has affected 73% of the streets, which total 725 kilometers. In the second, his mobility councilor complained that one out of every three daily trips in the city is made by car and 60% of them do not exceed three kilometers.

Meanwhile, the deputy mayor of Bilbao addressed another tricky issue. We put fewer fines [con los 30 km/h], He said. Something that is news with a great medical impact for the director of the DGT, itching because the measure is criticized as a collection formula. Navarro, and also Grande-Marlaska, congratulated themselves that his latest initiative is beginning to be copied in Latin America; or what has coincided with the VI World Road Safety Week organized until Sunday by the UN and dedicated to 30 km / h in cities.