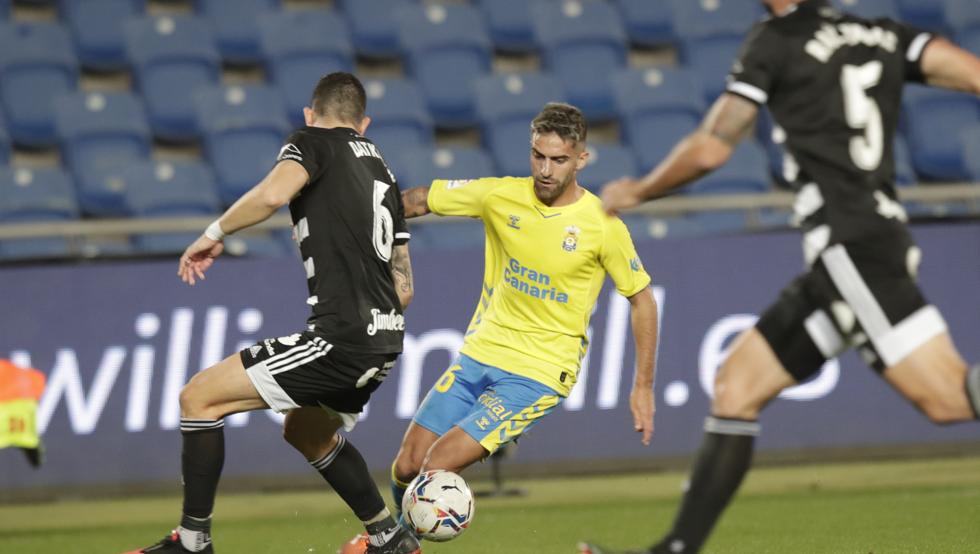 Las Palmas beat Cartagena 2-0 after a first half in which they were far superior and scored two goals in five minutes, the first from a penalty, and after a second half in which they lived off their advantage, which allowed the premiere of Jesé Rodríguez with the yellow team.

The locals subdued their rival from the start and soon had their first great chance, in the 12th minute, with a cross shot by Araujo that central Raúl Navas saved under the sticks, after a corner that Ale Díez took from the right .

Only a minute later, and in another corner kick but from the opposite side, Aburjania touched the ball with one hand and the naive penalty was converted by Maikel Mesa with a Panenka shot.

Las Palmas doubled its advantage after a brilliant individual action by Pejiño, with a driving parallel to the line of the large area and a low left-foot that slipped next to the post after brushing against Raúl Navas.

Cartagena only woke up when the first half languished and its clearest chance was had by Gran Canaria Rubén Castro with a low shot that Álex Domínguez deflected in minute 42.

After the break, the visitors did not have the capacity to react despite the changes made by Luis Carrión, one of them forced to injure De la Bella in his left knee after a collision with Pejiño.

Las Palmas did not suffer to maintain their comfortable lead and could have increased it with an invalidated goal by Eric Curbelo from the VAR for offside.

Even so, two goals for rent and a misguided rival – Rubén Castro missed on goal in the 80th minute – was the ideal setting for Jesé’s debut. The former Real Madrid and Paris Saint-Germain player, far from his best form, had just over twenty-five minutes in which he tried three shots, two of them between sticks, without a prize.

Incidents: Match of the twenty-sixth day of LaLiga SmartBank played at the Gran Canaria Stadium without an audience.