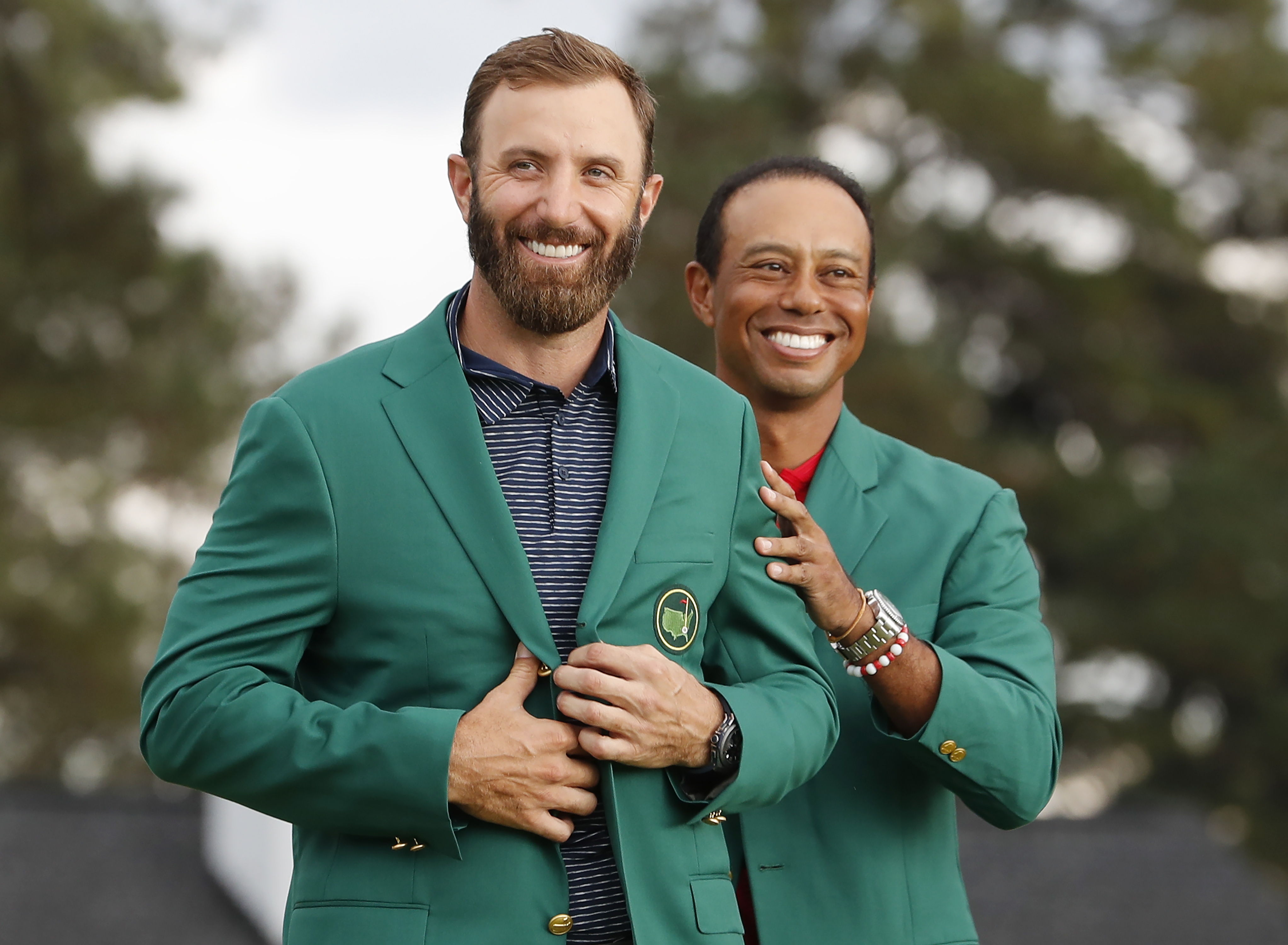 20 strokes under par! At the Augusta Masters! twenty! Dustin Johnson knocked down the record for the lowest score in history for the only great ever played on the same field. The temple was razed. The monumental record with which Tiger Woods stamped the 1997 revolution, the -18 that Jordan Spieth dared to match in 2015, is a thing of the past. The world’s number one, Dustin Johnson, has been the executor. The American wrapped up warm at 36 with his first green jacket, and his second big after the 2016 US Open, five strokes ahead of Australian Cameron Smith (incredible also his brand: the first player in the history of the Masters that ends the four days in the 60 strokes, and he does not win!) and the Korean Sungjae Im. Jon Rahm, in a crazy day, rowed and rowed and scored another place of honor, seventh, 10 strokes from the extraterrestrial Johnson. In four excursions in Augusta, he has been top ten in the last three (fourth, ninth and seventh). Augusta is at her destination. The -10 of the Basque are, curiously, the same card that he gave last year. Then he came within three strokes of Tiger Woods, a pinch. This Sunday, 10 from Johnson, one world.

Double history session. Because of the record and because there was not a single fan to see it live, naked the field in these times of sport in privacy. The Masters of Silence has been a stark slice of reality. A year ago, Tiger made the last putt on 18 amid overflowing madness. The myth had returned from the dead to conquer its 15th great 11 years after the previous one. It was ecstasy. The fans were aware of living a unique moment, the atmosphere was electric and Woods cried hugging his son. Today they seem like distant memories. This Sunday, in a soulless Masters, Tiger entered that same green with his same red jersey and his same black Nike cap, but the party was a funeral. The silence was terrifying. Woods kicked to close the day four over par, -1 overall, and waited in solitude for the lap to finish and decorate Dustin Johnson. Green jacket and his record. The delivery was painful for El Tigre.

From April to November, the Masters has changed its skin. It is surely no coincidence that the record has fallen in these circumstances, with greens less fast than usual in spring and without the factor of a crowd that can raise the tension as well as spur. With no thousands of eyes on, some golfers have played idle. Others have come up.

Johnson ended the bad luck of leaving as a leader in a big one and leaving the rent on the way. It had happened four times already. This time he neither slackened nor did they tighten the nuts too much. If there is any doubt with the bogey on 4, after 33 holes without failure, and another followed on 5. He opened the door and the Korean Im stood a blow away, but just as the candidate melted the player was empowered Leader. Johnson continued to pedal, as confident off the tee as he was in short game, without a crack in his play throughout the tournament. He became the first player since 2002 to reach Augusta as world number one and win. The previous one was Tiger. He equaled the record of 14 consecutive seasons with at least one victory on the American circuit. The brand, from Tiger. He broke the record for 11 straight laps under par at Augusta: 10 had … Tiger. Not to mention the -20, of course.

Augusta will reopen the doors of its green museum next April (or so it is planned). The last big this strange year will be the first of the next, the course of hope for a new sport and a new Masters. Rahm will return, whose inspiration was stamped on Saturday in a Georgia pine tree on the 8th hole, ready to show that he is the chosen one to stretch the legacy —Seve, Olazabal, Sergio García—. He will sharpen the instinct for the umpteenth time Tiger Woods, now 45 years old. And DeChambeau will have spent hours in the gym and practice to learn how to direct his cannon shots.

Final classification of the Augusta Masters.