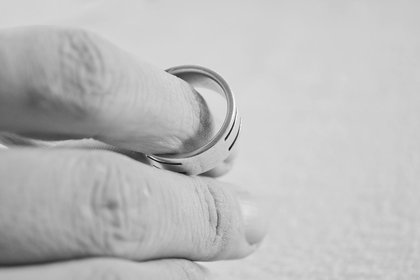 Bogotá is the city with the most marriages and divorces in the country. Photo: Pixabay.

Since March 25 of this year, in Colombia a mandatory quarantine was decreed at the national level, in order to mitigate the cases of covid-19 that were increasing in the country. From now on, Colombian families had to learn to live together longer, since daily activities such as studying, working or recreation now had to be done from home.

According to experts, according to information from the newspaper El Tiempo, This situation caused, not only that the problems in the homes came to the fore, but also that those that already existed were exacerbated.

According to the Office of the Attorney General of the Nation, during this period of pandemic, domestic violence in the country increased, because, according to data from the judicial entity, during the start of the quarantine calls to 155, The Purple Line, authorized by the government to report cases of violence against women, increased by 142%, and today an average of 249 complaints are received on the line every day.

However, despite the numbers, this year divorces in Colombia were down compared to last year.

According to figures compiled by the Superintendency of Notaries and Registry, Between January and September, 12,637 couples have divorced in Colombia, while last year 17,855 divorces were registered at the same time, that is, 29% less.

The same data from the Superintendency, however, also reveal that, although the divorce figures in the country have decreased, those of marriage have also decreased. This year only 25,093 couples were married, compared to the previous year when 38,845 marriages were registered.

According to the institution, Bogotá is the city where more marriages have been registered this year as of September, with a figure of 4,195, followed by Medellín with 1,831, Cali with 1,730, and Barranquilla with 1,102.

Regarding divorces, Bogotá also leads as the city where the most have been registered with a figure of 2,692; followed by Cali, with 1,730, and Medellín, with 747.

And why is it that divorces have decreased in the country? One of the first reasons that could be raised is the suspension of the provision of family office services between March 16 and June 30 of this year, which caused the divorce proceedings filed before those dates to be postponed, and new ones could not be filed.

“Divorces that were carried out before the emergency decree were suspended and the spouses were trapped in their residences, because the separation of bodies could not be carried out and they had to live with the marital conflict.“Helí Abel Torrado, a lawyer specializing in civil and family law, explained to the newspaper El Tiempo.

According to the same medium, another factor that could influence the decrease of divorces was the financial capacity of the couple, and mobility difficulties, so that people preferred to postpone said procedures.

According to the Dane figures, between March and August, when the country was in mandatory quarantine, unemployment in the country reached 16.8%, that is, the pandemic left 3.8 million fewer employed, 1.5 million unemployed, and 2.7 million inactive Colombians.

In this way, the figures reveal that despite the fact that the pandemic increased conflicts in the family nucleus, it also caused the process and formalization of divorce to be suspended, or postponed.

The day started without VAT: what to buy and what not during the day

25.7% of companies say they will not be able to pay debts in November, according to DANE