Home>Entertainment>Movies>Dune. The graphic novel. Part 1. Fear is the enemy of the mind.

The comic adaptation of Dune, Frank Herbert’s science fiction masterpiece arrives in Spain, preceding the premiere of Denis Villeneuve’s film about this universe, and leaving behind a new and suggestive work.

In Dune, the Universe is now smaller thanks to space travel, man has conquered other planets, and they have suffered at the hands of technology, but they have survived, endured, they have prevailed. All thanks to their efforts, and to the melange, the spice. The drug that makes space travel possible, that empowers witches and human computers. But it can only be found in one place, Arrakis, Dune, the desert planet, the most important place in the Universe, the place where God tests believers.

Frank Herbert’s work is one of the most influential in science fiction since it was published there in 1979. A work that combined space opera, ecology, religion and oriental mysticism in a fantasy story, where prophetic warriors, witches, beasts, Underground dragons and evil emperors were interspersed with scientific prohibitions, corporate power struggles, and eugenics. Herbert’s vision has gone very far, more than twenty novels in total, after his initial six works, his son Brian Herbert has continued to complete the universe of Dune, recounting the past, and closing the future that his father designed.

Adaptations of a cult work

With a film adaptation on the way, his second foray into the big screen after the David Lynch film, a cult classic, strange, hypnotic, but far from the original work, a more faithful adaptation, but without a soul on TV, and a A project that never saw the light of Alejandro Jodorowski with a personal vision of the novel, the comic was the natural medium to mutate, and show the potential of Arrakis, Dune, the desert world.

There is a Marvel graphic novel, but it adapts Lynch’s movie, in an incredible way thanks to the pencils of a wonderful Bill Sienkiewicz, but like the tape, far from the original work, although they both collected the spirit, the truth is that some creative freedoms, many on the part of the producers , with Dino De Laurentis at the helm, they upset Herbert’s real goal in pursuit of a more commercial goal, to create a new Star Wars.

This new adaptation seeks the novel, the pure essence of the story.

It is not strange since the writers of it are Brian Herbert and Kevin J. Anderson, the son of the original author, and a prolific and experienced sci-fi writer. Both are the architects of what has continued the original Frank Herbert saga, they have expanded it, completed it, and continued it. So his treatment of the original work is full of rigor, detail, and above all affection.

This first installment tells us about the plot that will take the Dukes of Atreides and their son Paul to Arrakis, the test of the adolescent’s power, the delivery of a people that does not follow foreigners, who believe in something superior. Prophecies, politics, murders, war, nothing is lacking in this first part of the play, which introduces us to Paul, to the civilized worlds, and which will lead us to the barbarism produced by excessive ambition.

The drawing of Dune the graphic novel

In the artistic field we find the Spaniards Raul Allen and Patricia Martín, who apply themselves to maintaining the tone of the original story, with sober environments, with a simple and almost mechanical technology, following the teachings of the orange bible and the precepts of the Butlerian Jihad. But that simplicity hides a great taste for descriptive shots and the internal movement of the vignettes, which endows the dialogues with dynamism and life. The colors, so important in the image, did not exist in the novel, they are described, they were almost smelled, they were lived, and in the comic they have been taken care of so that that experience continues.

Among what might not please the most fans of the saga, is that it explains a little more than the original book, details to set the scene, which are more necessary because the visual information needs more support to build certain sequences than the written one. .

Dune: The Graphic Novel is a great adaptation that maintains everything that the original novel told, and leaves the same residue, with the necessary accuracy, the authors are able to present in the pages the strange rhythm and atmosphere of Herbert’s novel, without leaving behind something very important, a comic lives by narrating, and the movement of pages is faster, so page comps are very important, and they work. Speeding up or slowing down a narrative that, like the original work did, catches us due to the large number of questions we ask ourselves when reading it. 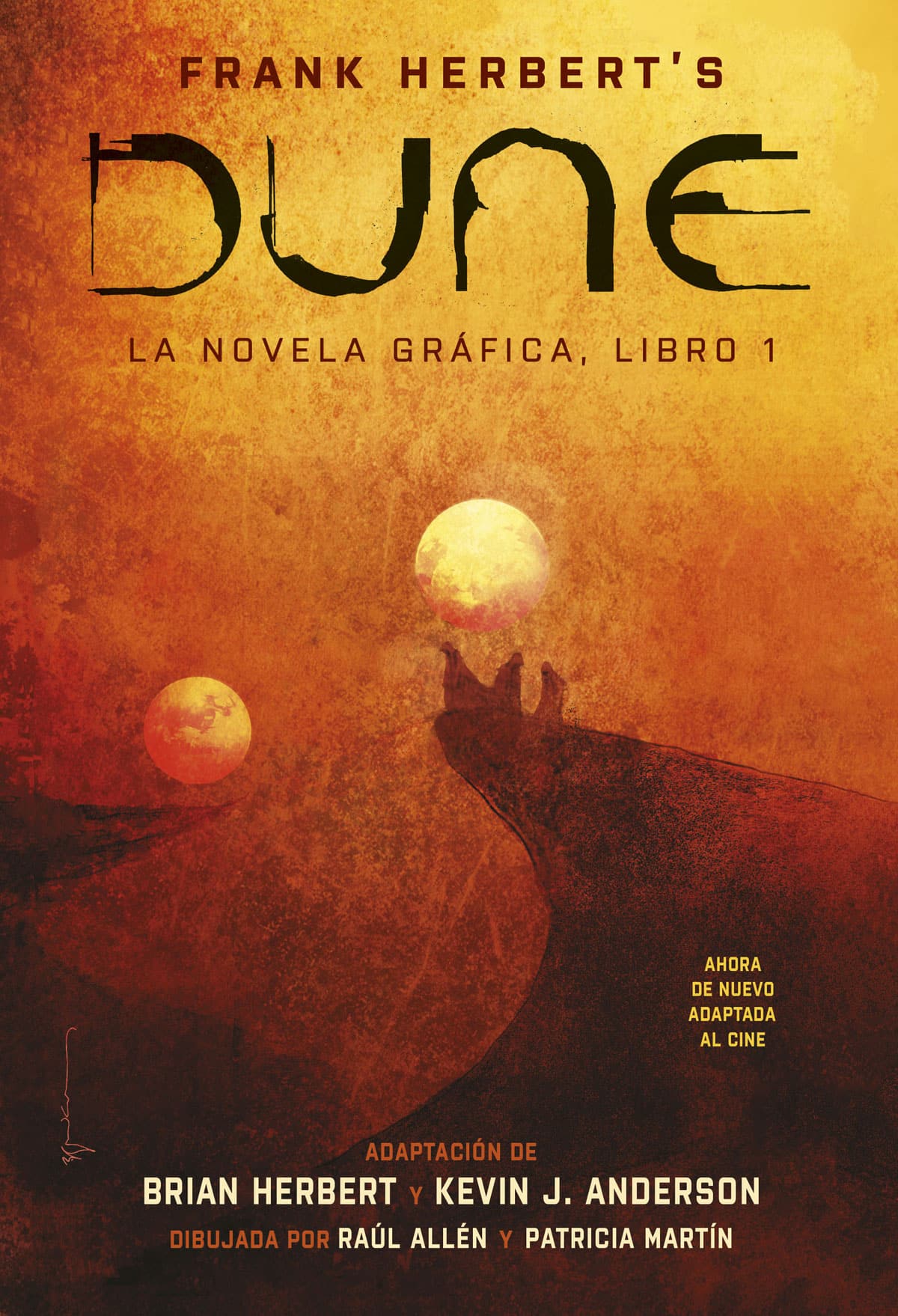 Description : In the distant future, where an interstellar feudal society rules the galaxy, Paul Atreides and his family have taken control of the desert planet Arrakis. By following the history of the Atreides we will discover a tale full of adventure, mysticism, environmentalism and politics. Brian Herbert and Kevin J. Anderson have been in charge of adapting the novel to the comic in a three-part graphic novel that shines with the art of Valladolid artists Raúl Allén and Patricia Martín, and the covers of Bill Sienkiewicz.