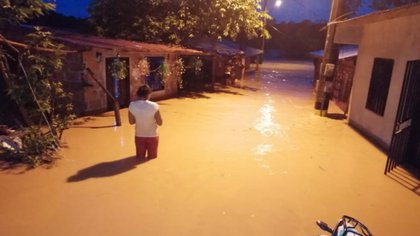 The mayor of Zaragoza, Víctor Perlaza, reported that it was decided to decree public calamity in the Antioquia municipality after 212 families were affected by the floods caused by the sudden floods of the Juan Vara and La Oca streams, this December 24, so it gave, replied the Blu Radio station.

According to information from municipal authorities, the overflow of the ravines affected the La Esmeralda, Nueva Esperanza and San Gregorio neighborhoods, where according to Caracol Radio, the water reached a meter and a half high.

According to the figures provided by the mayor of the municipality, at the moment there are 448 people affected and 600 incommunicadoIn this regard, Perlaza assured that they are coordinating aid for these families with the Government of Antioquia.

“Most of the damages were in the urban case of the municipality. Yesterday we made a committee to give them the aid and tomorrow we are going to distribute some markets“Perlaza pointed out to the same medium.

Risk Management indicated that In the census it was established that there were no injured or missing people, however, the institution warned about possible mass movements in the areaTherefore, they recommended that the inhabitants avoid making tours of the area and be attentive to information from the authorities.

“We have finished cleaning the houses, we are locating what little was left to the families because there was loss of belongings because there was no time to remove everything, we are now waiting for resources to fix the homes.”, The coordinator of Risk Management, Rigo Castrillón, told Caracol Radio.

Cleaning work is being carried out in the streets and aqueducts, in order to avoid new emergencies due to the rains in the Antioquia municipality.

Other floods in Antioquia 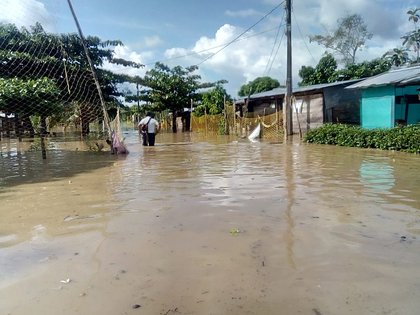 During the past weekend heavy rains caused flooding in the municipalities of Turbo and Carepa, in Urabá Antioqueño, where damage to homes and crops was reported.

According to the information provided by Caracol Radio, in Turbo, the Curralao river overflowed, causing flooding in several plantain farms, and although no people were injured, the losses were significant.

According to the same medium, In Carepa, the damage suffered by three villages was due to the overflow of several pipes in the municipality. At the site, damage was reported in several homes where the water entered and reached a meter in height.

“In the municipality of Carepa, damages are reported in three different villages, causing damage to 83 families due to flooding and the overflow of several pipes, events associated with heavy rainfall.”, Jaime Enrique Gómez Zapata, director of the Administrative Department of Irrigation Management of Antioquia (Dagran), told the same station.

In the same area of ​​Urabá Antioqueño, especially At the height of the municipality of Vigía del Fuerte, the Dagran issued a red alert due to the flooding of the Murindó river due to the heavy rains that have occurred.

According to RCN Radio, eight other rivers are on red alert for possible floods, among them the Arquía River and the Murrí River, which have already overflowed five times so far this year.

According to the information provided by the Dagran, In Antioquia this year 646 natural events occurred, of which 155 homes were destroyed, and eight thousand families were affected.