Dr Mario World, the well-known puzzle game based on aligning pieces of the same color, whose saga began in the days of the NES and which has now reached the territory of mobile devices, continues to expand the content it offers in the form of new selectable characters in the form of doctor and assistants to star in the animated games eliminating various viruses. Like other IPs in the Great N, they have shown to know how to reinvent themselves in a quite creative way when visiting the mobile market, in the case of Dr. Mario he also shows it, specifically surprising us with the most witty characters presenting their medical side. Just as we have already been able to see a dolphin, a tower of three goombas, the babies Mario and company, in addition to some of the koopalings, such as Lemmy, Morton or Roy, now it is the turn of another of them, specifically Iggy, the one with the palm tree hairstyle that we could originally see with the rest of the henchmen as end-of-world bosses in both Super Mario Bros 3 and Super Mario World, and have subsequently returned from New Super Mario Bros Wii to successive titles starring the star plumber and his friends. As new doctor, has the special ability to immediately kill three “floatie” viruses in main mode, or send them to the opponent in versus mode.

In turn, a new assistant it also comes, it is about Conkdor, the pizpireto enemy bird that tries to peck us in Super Mario 3D World and that here grants a 15% probability that two rotating cannons appear in the level, both in the main mode and in the versus, in the latter case, always that we have removed all the viruses from our screen. Both characters will become available with the new update of the application, Now available for free download. 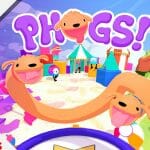