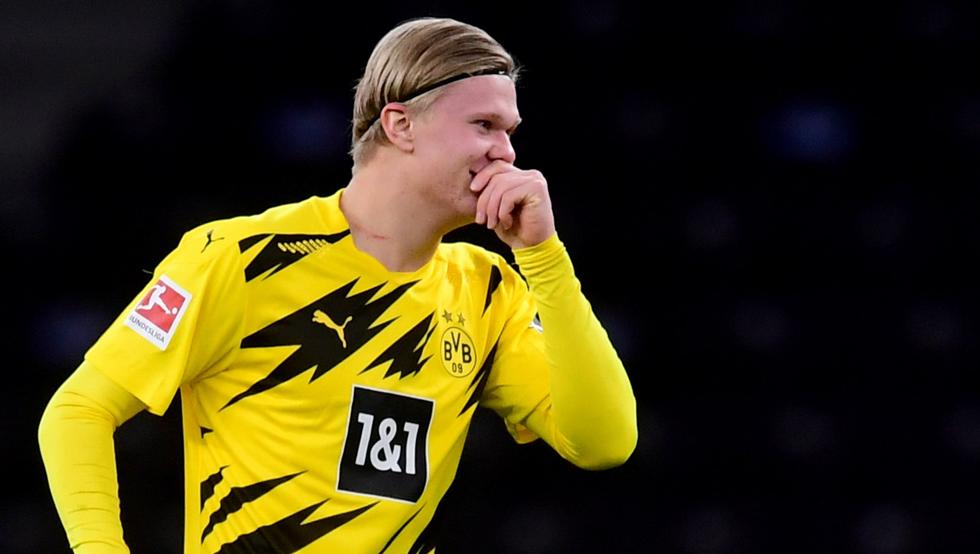 Borussia Dortmund recovered part of the lost ground before the Bundesliga break with the defeat at Der Klassiker and took advantage of the puncture of the leader Bayern Munich against Werder Bremen (1-1) to get closer to a point thanks to a new exhibition by Erling Haaland against Hertha Berlin (2-5) on the same day that he was proclaimed the Golden Boy of 2020, an award that distinguishes the best European player under 21 years of age.

One goal from Lewandowski

The Norwegian star, who had not yet scored this season away from home in the Bundesliga, retaliated by signing himself a four goals in the second half and adds 10, to one of ‘Pichichi’ Robert Lewandowski.

The funny thing is that Haaland barely had options in the first half with few outstanding actions. The orderly defense of Hertha knew how to reduce the spaces and the ‘Pistolero’ only showed signs of life. First in the 17th minute when Peter Pekarik deflected his shot from the grass and a subsequent shot from Marco Reus was saved by Alexander Schwolow.

Hertha, 13th in the Bundesliga, not only defended well, but on the first occasion they had they opened the scoring. The play was born in a long goal kick by Schwolow, Dodi Lukebakio lowered the ball and gave it to Matheus Cunha, who beat Roman Bürki with a missile from outside the area that slipped next to the post at mid-height (33 ‘) .

In the first half discount, Haaland narrowly missed a pass from Raphael Guerreiro’s death after Dortmund’s best combination so far.

After the break, Haaland’s recital

But after the break Haaland only needed two minutes to equalize as an assist from Emre Can culminated on an empty goal after another good triangulation.

Barely two minutes later Haaland fired again after receiving a deep pass from Julian Brandt and crossing alone before the exit of Schwolow (49 ‘).

The Norwegian seizes the gift

After the hour of play and with Hertha’s defense completely surrendered, Haaland relapsed by taking advantage of a horrible transfer back from Pekarik. The Norwegian escaped starring in one of his impressive slaloms and once again beat Schwolow (62 ‘) at will.

Guerreiro joined the party by pushing the ball into the net while he was lying on the grass in conflict with a defender (70 ‘). Hertha reduced differences when Matheus Cunha scored a double in a penalty committed by Manuel Akanji on Matteo Guendouzi (78 ‘).

Moukoko makes history by debuting at 16

In case there were any doubts, Haaland rounded up his poker to a pass from Jude Bellingham in another against the once again sold Schwolow (79 ‘). It was then that Lucien Favre withdrew the Norwegian to introduce Youssoufa Moukoko, who at 16 and one day became the youngest player to debut in Bundesliga history. The icing on an unforgettable night for Dortmund.