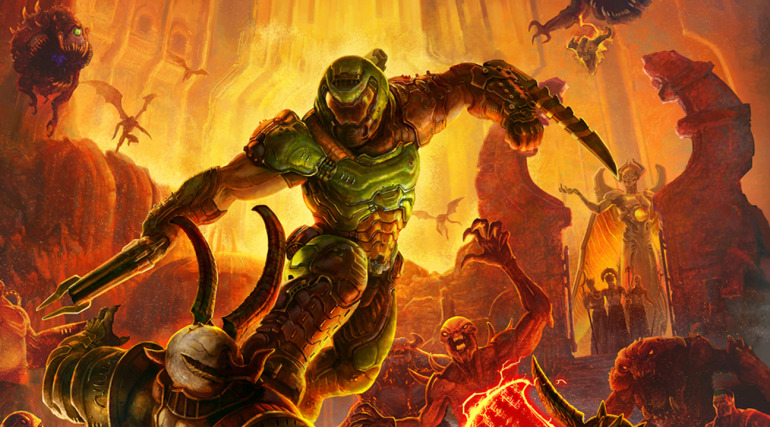 DOOM Eternal is still in development for the Nintendo Switch, despite the lack of new features. We clarify this because, in the early hours of today, chains like GameStop in the United States have begun to cancel reservations of its physical editions, causing fear of Nintendo players before a possible cancellation of the port. However, Bethesda makes it clear that the game continues in development, with the exception that it will now be launched only in digital format.

DOOM Eternal is 100% on track for a digital launch – BethesdaIn an official statement to IGN, a representative of the American company clarify the matter around reservations, making it clear that no Switch user will be without their hellish demon slayer experience. The only one that it will have to be yes or yes in digital: “While DOOM Eternal remains 100% on track for an imminent digital-only release for Nintendo Switch, the absence of a physical in-store release has resulted in canceled reservations“, comments the company.

To this, facing the affected users for physical game cancellations, Bethesda adds the following: “Affected customers will receive full refunds, and they should contact the business of their choice for more information. “Therefore, those who want to kill demons to the rhythm of heavy metal anywhere, will have to do it now in digital format. The most curious thing about the statement is that Bethesda talks about an “imminent” premiere, when the Switch port still lacks a release date.

Will your release date on this console? In any case, we remind you that the first DOOM Eternal DLC is now available on all other platforms. An expansion that has new composers in its soundtrack after the departure of Mick Gordon, and that is full of emotion and demons to annihilate. But if you haven’t played this frenetic 2020 GOTY nominated adventure yet, feel free to check out our DOOM Eternal review.