Home>World>Donald Trump, his wife and son Barron are seen together for the first time since leaving the White House 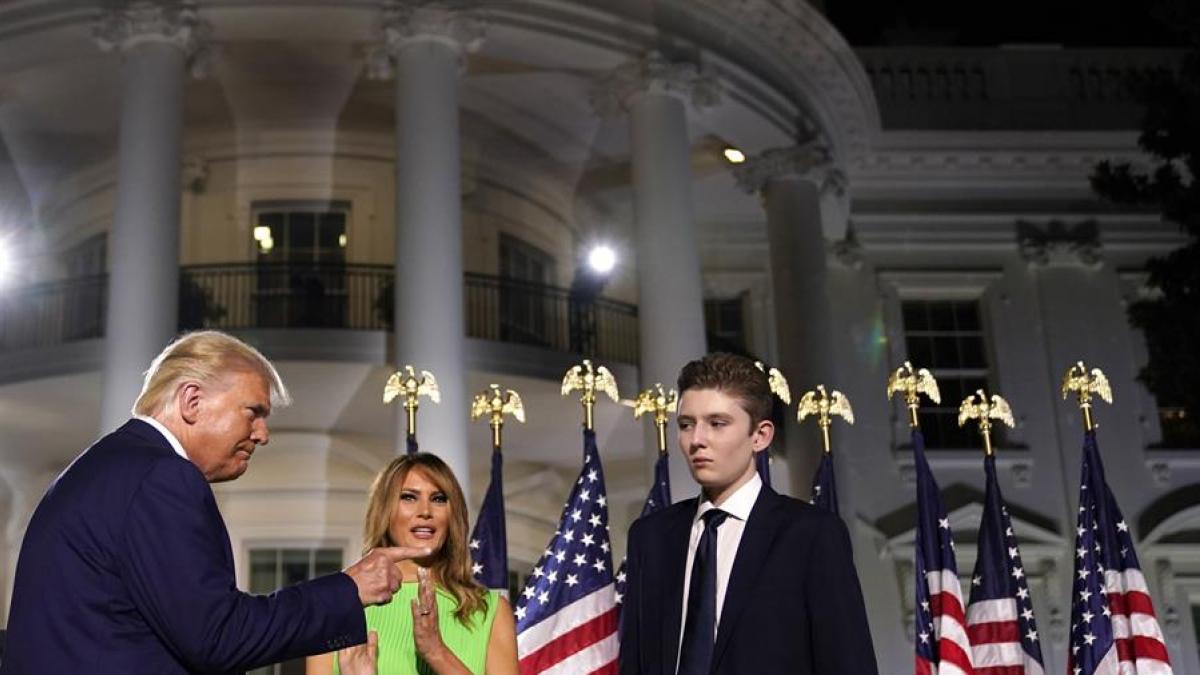 Donald Trump left the White House, accompanied by his family, on January 20, when Democrat Joe Biden took office as President of the United States. Since then, the family has not been seen together, until this very Friday.

In a video broadcast on Instagram, Donald Trump is seen accompanied by his wife, Melania, and their son, Barron, 15, passing by the terrace of a club in Palm Beach, Florida.

During his walk, a smiling Donald Trump waved at some of the diners, who chose to applaud him, stand up, cheer him and even say “President!”.

The Trump family settled in the state of Florida after his departure from the White House, specifically in the Mar-A-Lago complex, where the tycoon owns a luxurious mansion.

Shortly before her departure, Melanie Trump was conducting an active search to find the best possible school for her son Barron, who just turned 15 and has always been very protected by his mother before public opinion.