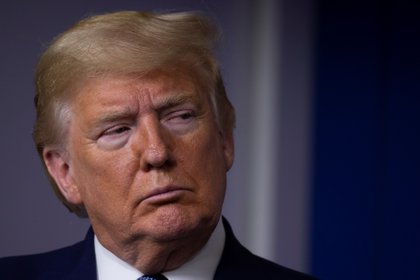 Donald Trump reiterated the allegations of fraud in the US elections (. / EPA / Tasos Katopodis)

After leaving the White House since January 20, and after the second political trial against him, this Wednesday the former president of the United States, Donald Trump, gave his first interview since the end of his term.

The former head of state spoke on Fox News on the occasion of the death of popular radio host Rush Limbaugh. In addition to remembering Limbaugh, who was his personal friend, the former president reiterated the unfounded allegations of fraud that he has been holding since the November elections that Joe Biden won.

Limbaugh, who was awarded the Presidential Medal of Freedom – the nation’s highest civilian honor – by Trump in February 2020 during his State of the Union address, died at age 70 from terminal cancer that he had suffered from for a few months.

The former president maintained that the radio presenter supported his government’s allegations of fraud: “Rush thought we had won. Me too, by the way. I think we won by a wide margin ”. 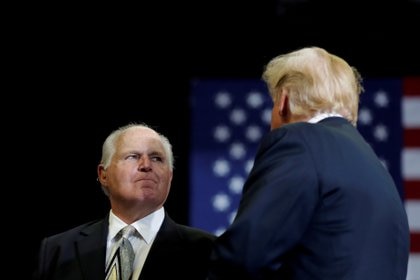 Trump also had words of praise for Limbaugh, whom he called a “legend”: “There will never be another person like him again.” Along these lines, he highlighted his facility “to speak for two or three hours”, and remarked that despite “Whether they loved him or not, people respected him.”

The former US president revealed that the last time he spoke with his friend was “three or four days ago”: “He was fighting the disease like a lion,” he said.

During the interview, he also recalled the effort Limbaugh had to make to attend the ceremony in which he was awarded the Medal of Freedom: “Rush was very ill at the time. He was in a hospital in Boston … It was very difficult for him to come to Washington from where he was, and he did. 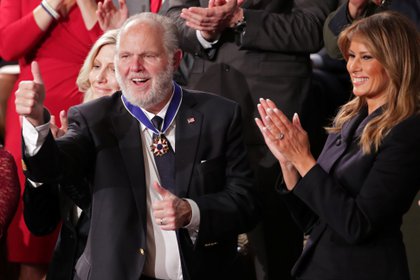 Trump said Limbaugh called that experience “the greatest honor of his life.”

“Losing a loved one is terribly difficult. Rush will always be the best of all time, “concluded Trump.

Kathryn, Limbaugh’s wife, announced the death of the host on her radio show on Wednesday.