Billy Markus, co-creator of Dogecoin, recently acknowledged that in 2015, two years after creating the cryptocurrency, he sold all his securities to buy a Honda Civic. About $ 10,000 that at the time they seemed like a fortune for what in the end was still a meme, but a catastrophic financial decision considering that at that time the currency was practically unknown and currently its price exceeds companies such as Nintendo, Santander bank or Honda itself.

Not even the creators of Dogecoin could anticipate the boom that the cryptocurrency has experienced. Based on Litecoin, its main characteristic is charisma. The one that appears to have Doge, a Shiba Inu dog that has received public support from celebrities like Elon Musk and has been labeled “the people’s cryptocurrency.” Now, other cryptocurrencies want to repeat the Dogecoin formula. They are called as memecoins. And they carry multiple risks.

Shiba and Coshi: the ‘Doge killers’

Shiba Inu (SHIB) is a cryptocurrency that can be purchased on the Uniswap and 1Inch platforms. You can also get the token on your own decentralized ShibaSwap platform. It is a new cryptocurrency that during the last week it grew by 1600% and during the last month it has done so by almost 27,000%, according to data from Coinbase. Insane numbers that exemplify the speed with which these assets revalue and are apparently a highly profitable security. 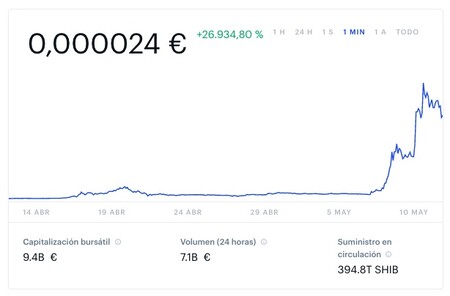 Shiba Inu is inspired by Dogecoin, it draws its name from the same breed of dog and in fact introduces itself as the “Dogecoin Killer”. One memecoin to defeat another memecoin.

Shiba Inu is billed as the “Dogecoin Killer”, a cryptocurrency with the same dog that has exploded this week with insane returns.

If the Dogecoin used the image of the dog in reference to the meme, now it takes another step and opts to repeat the image of the Shiba Inu. A twist to the meme that shows that the journey of these cryptocurrencies is being long enough for alternative communities to be generated. 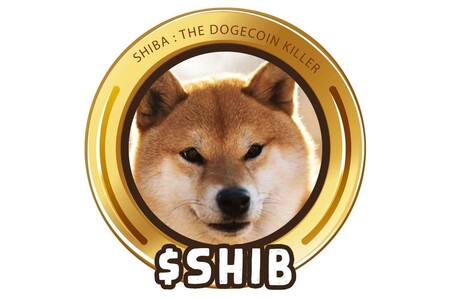 This week the Binance platform has also started the process to be able to buy and sell Shiba. This is how they define the new cryptocurrency:

“SHIBA INU (SHIB) is an experiment in building decentralized communities and another meme currency similar to Dogecoin. SHIB is the native token of SHIBA INU and will be the first token to be listed and used as an incentive to use ShibaSwap , a decentralized exchange “

In addition to Shiba they have also appeared other memecoins such as Coshi Inu (COSHI), Akita Inu (AKITA) or Dogelon Mars (ELON), all of them with a meme or reference behind to try to attract attention.

Among Binance’s warnings was that the top 1 had 50.5% of Shiba’s values, while the top 2 and 5 had 7 and 3% respectively. This warning and the volatility alert has ended up being prescient, as this week it was discovered who was the person behind half of Shiba’s values.

Based on Ethereum and with its own ‘influencers’ 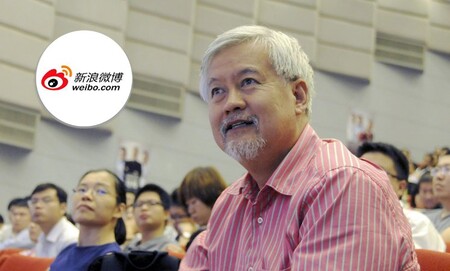 If Dogecoin had Elon Musk as the main driver, Shiba had in the figure of the investor Charles Xue Biqun one of its defenders. And if Twitter is Musk’s way to promote Doge, Weibo is the quintessential network of Shiba Inu advocates.

If Elon Musk and Twitter have been the main impulse of Dogecoin, the fever for Shiba Inu came from Weibo and the Chinese influencer Charles Xue Biqun.

With more than 11 million followers, the Chinese ‘influencer’ was one of the most relevant figures to understand the Shiba Inu phenomenon. However, it has finally ended up showing that this investor was not the hidden “whale” in Shiba. A term used to refer to those investors who have a large number of shares and can alter the value of the cryptocurrency with their decisions and / or sales.

As Shiba grew in popularity and his value skyrocketed, more people were encouraged to enter. This madness for Shiba caused the ‘gas fee’ to reach very high values, since unlike Dogecoin, Shiba is based on Ethereum.

Because of SHIB, we are now seeing high gas prices.

In the last three days, transactions with the SHIB token contract interaction consumed 10% + of block gas.

The chart shows that interest in SHIB was starting to fade, but the Binance listing brought it back to life. pic.twitter.com/o1rSVeVKGg

After the price escalation, Vitalik Buterin, founder of Ethereum, has liquidated his Shiba Inu belongings, with a wallet of about 4 million dollars. Causing the value of SHIB to drop more than 30% in just 24 hours. As described by CryptoNews, the creators of Shiba gave these tokens valued at about 105 million dollars to Vitalik as a symbolic act. 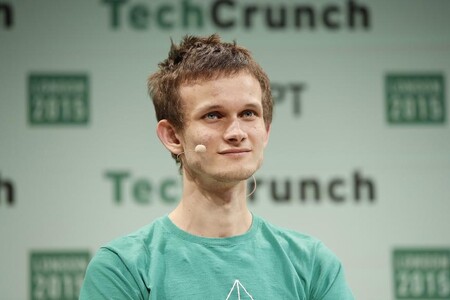 Vitalik Buterin, creator of Ethereum, emerges as a “whale” and sells his Shiba shares, making its value plummet.

In a surprise move, the creator of Ethereum has liquidated 50% of Shiba’s tokens.

The move has shaken investors. The relationship that Vitalik may have with Shiba is unknown, but it turns out that he had the portfolio with 50% of the total supply. This liquidation operation entailed huge commissions, of more than 100,000 dollars, but predictably the founder of Ethereum would have made this sale for decentralize ownership of these tokens and ease pressure on gas rates.

Vitalik decided to donate his SHIB tokens to the ‘India Covid-Crypto Relief Fund’, also passing the Chinese influence to India and linking Shiba with humanitarian action. The creator of Ethereum made a similar move with AKITA tokens, causing a widespread drop in the value of memecoins. 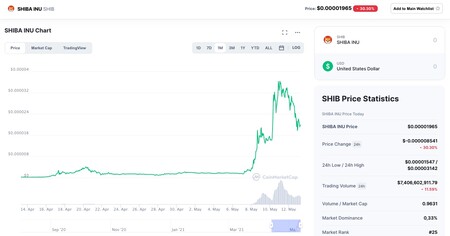 Vitalik’s action has highlighted the dangers of these memecoins and how they can go from offering huge returns to significant drops overnight. The Shiba Inu project continues with its initial proposal but Vitalik’s “scare” would have made many investors rethink their position.

The “people’s cryptocurrencies” remain in the hands of a few 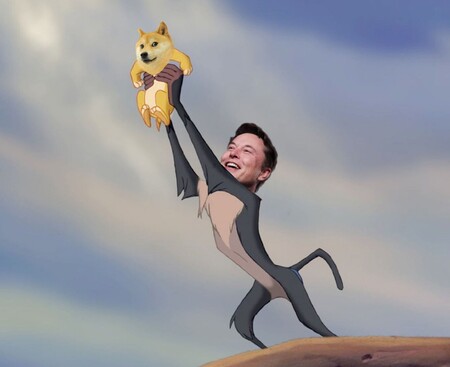 Mark Cuban, owner of the Dallas Mavericks and investor, explained that Dogecoin could reach the dollar and become a stablecoin, in reference to those cryptocurrencies that do not offer such high volatility and make more sense to be used when buying or acquiring goods.

The difference in criteria when betting on one or another cryptocurrency is striking. Earlier in the week Elon Musk explained that a satellite, DOGE-1, would be financed and paid for with Dogecoins. A way of representing that these memecoins could also be used for practical projects. An enthusiasm that contrasts with the decision to stop accepting Bitcoin at Tesla.

The “people’s cryptocurrency”, as defined by Musk, conveys the idea that investors themselves have the ability to influence its price. The more you talk about it, the more value it can achieve. However, the existence of these “whales” is still present. Also in some memecoins where value is so closely related to public opinion. And here, it is difficult for a small investor to have much power of influence.

In Engadget | Why am I not going to invest in bitcoin or cryptocurrencies?