Djokovic, Williams, Osaka and the unexpected Karatsev, to the semifinals in Australia 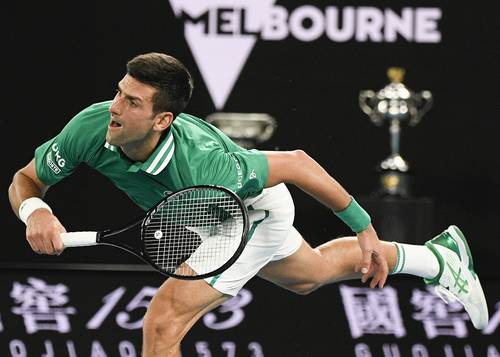 ▲ The Serbian player and number one in the world, attributes the injuries suffered by several tennis players to the quarantine in Melbourne. Photo Ap

Melbourne. Novak Djokovic, Serena Williams and Naomi Osaka, three giants of world tennis, qualified for the semifinals of the Australian Open, a round to which Russian Aslan Karatsev, 114 of the world, agreed against all odds.

The Serb, seeking his ninth title in Melbourne, will face the surprising Russian Karatsev, the first tennis player to reach the semi-finals on his Grand Slam debut in the Open era, and the worst-placed player to reach the Australian semi-final in 29 years. He achieved it by easily defeating (2-6, 6-4, 6-1, 6-2) the Bulgarian Grigor Dimitrov, 18 of the world, affected by back pain.

I had never seen him play before the Australian Open. He is very strong, moves well, has a good backhand, serves well, is motivated because he has nothing to lose, Djokovic analyzed about his rival.

In the women’s team, the quarterfinal duels produced a stellar and generational clash in the semifinals, between the American Serena Williams and the Japanese Naomi Osaka.

After the victory, Djokovic blamed the 14-day quarantine that the players had to serve before the Open for the large number of injuries that are taking place in the tournament and called for NBA-style bubbles to continue the season.

The Serbian is one of the many players who has suffered physical problems – abdominal tear – during the first Grand Slam of the season, before which, about a thousand people, including tennis players and judges, had to keep a quarantine of 14 days upon arrival in Australia.