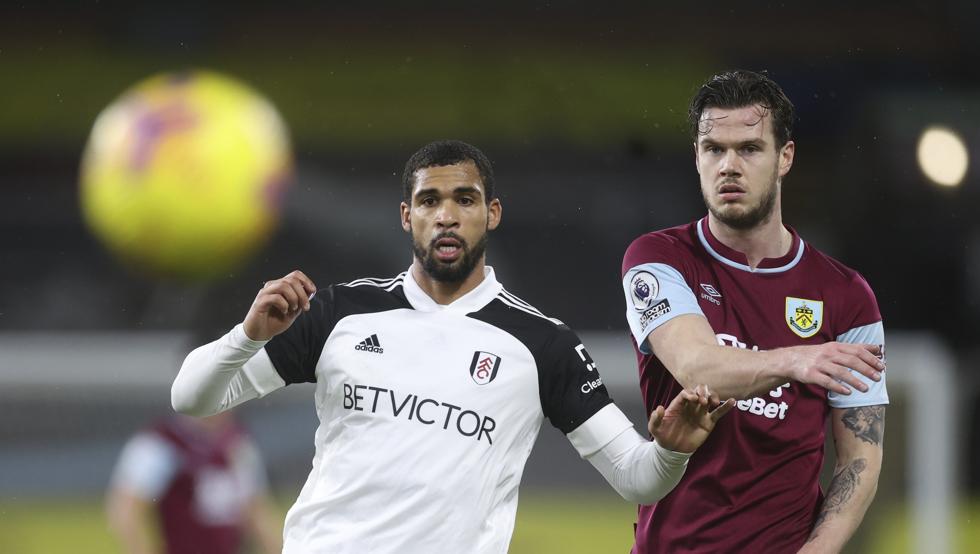 Burnley and Fulham shared the points in their postponed match. After offering a good image and getting clear victories last weekend against Crystal Palace and Everton, respectively, both starred in a disputed match at Turf Moor that ended in a draw (1-1).

After an even first half and with respect for the rival gripping both teams, everything was animated in a more electric and intense second act.

Burnley, after enjoying the best chances in the first half, saw Fulham hit first, taking advantage of a set piece action.

Scott Parker’s slate opened the game at 49 ‘. Lookman threw a corner, Andersen combed his hair and Ola Aina riveted his navel to overtake the whites.

Both encouraged the game and Burnley let go to tie three minutes later. Jay Rodriguez let the ball roll to surprise his defender and then masterfully assisted Barnes to shoot Areola.

With the equalizer installed on the scoreboard again, the marking between both teams intensified again and prevented further action.

The added point leaves Fulham six points from salvation, while Burnley sits in the quiet zone of qualifying.