Home>Tech>Diem, the Facebook-backed cryptocurrency, will launch as a stablecoin later this year, according to CNBC

First proposed in June 2019 under the name Libra, the Facebook-backed cryptocurrency has undergone all sorts of changes. Two years later it seems that he finally has release date, under his new name Diem.

According to sources consulted by CNBC, the association behind Diem has planned launch a pilot program by the end of the year. In this pilot program they will focus especially on payments between people and will be a small-scale launch to test the service. 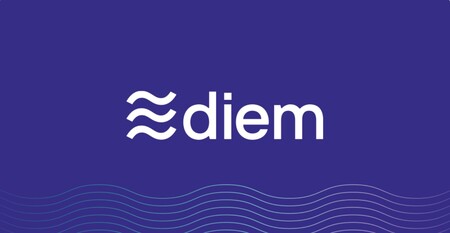 Diem it will essentially be a stablecoin. This means that its value will not fluctuate according to the interest of users but will be tied to the value of a fiat currency backed by a state. Diem plans to be a payment network between users and companies where the value of the digital currency will be the same as the currency of the country in which it operates. For example, a diem in the United States will have the same value as the US dollar, a diem in the United Kingdom will have the value of the English pound.

The Diem Association, the Swiss-based nonprofit that oversees the development of diem, has no confirmed release date yet, CNBC has learned. Diem is now in talks with Swiss financial regulators to obtain an operating license.

The main problem Diem is facing is the possible money laundering that can occur with digital currency. It is something that has concerned regulators, as it is a currency not controlled by the state but by a group of companies. This will largely depend on how each partner decides to implement Diem in their systems. That is, it will depend, for example, on Facebook if using Diem on its platform is something private or not for the user.

A radical change in brand and strategy

Diem is the name given to a cryptocurrency created by an association of technology companies among which Facebook stands out as the main driver. Following the warnings of various regulators, several companies abandoned ship, which caused a radical change in its structure to be more a service similar to PayPal than to Bitcoin.

After these changes came the change of brand. We first saw how Facebook exchanged its Calibra wallet for Novi. Months later, at the end of 2020, Libra announced that it was being renamed Diem. New name and new strategy for arrive very differently from how it was originally presented.