Blizzard’s game will be released later in 2021, on a specific date yet to be announced. 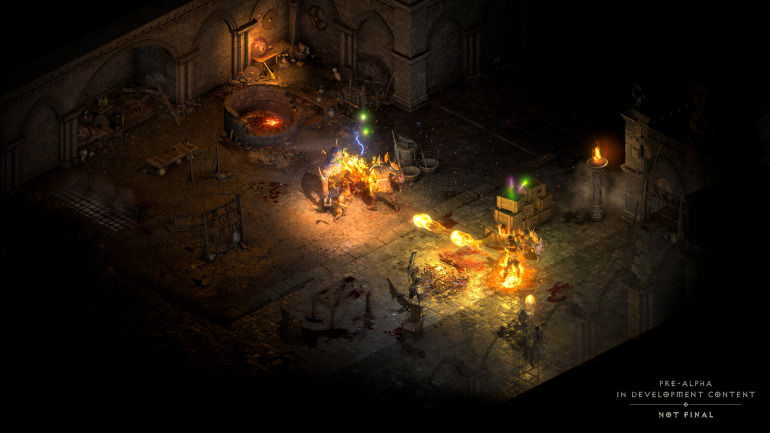 This weekend was celebrated BlizzCon 2021, known this year as BlizzConline. The event has left us a lot of very good news and the fans are very happy with everything that Blizzard is preparing for the future. As for the Diablo saga, the announcements are diverse, and one of them has perhaps been the biggest event. Diablo 2 Resurrected is real and the classic will return in the form of remaster.

In Battle.net we see that the game will cost € 39.99 and will be released in a version with Diablo 3 for € 59.99As we discussed, this news has been received with very happy by the community, as Diablo 2 is a game very important in the genre and that even today a lot is played. The game will have the models of the characters and the monsters remade in 3D, and at a graphic level it can reach 4K. Without a doubt, a substantial improvement, with all the good of the game intact.

The title will come out for consoles and PC, and now Blizzard has reported what the minimum and recommended requirements are to play on computers and enjoy the remaster. We can see this data on the game page on Battle.net, where we also see what it will cost 39.99 euros and there will be the option to acquire it together with Diablo 3 for 59.99 euros in the Diablo Prime Evil Collection.

Requirements for Diablo 2: Resurrected on PC

The rogue, the new class of Diablo 4

At the event we also had novelties of the new video game in the Diablo franchise, the highly anticipated Diablo IV. The Rogue is the new class, combining its abilities with those of the Assassin from Diablo II and the Demon Hunter from Diablo III. In early February we learned that both Diablo 4 and Overwatch 2 weren’t coming out in 2021, but their developments are progressing well.