I was not asleep, it was just a doll. Agents of the Civil Guard, belonging to the Madrid Traffic Sector, intercepted on July 2 a driver who drove with a mannequin fully clothed in one of the back seats of his car. It was a trick to simulate that she was accompanied and to be able to use the Bus-HOV lane of the A6, restricted to vehicles with two or more occupants.

Fined for carrying a mannequin to use the Bus-HOV

According to the Civil Guard in a statement, the events occurred on July 2, at 8 in the morning, when the agents were on traffic surveillance. The guards of the Traffic Grouping observed in the kilometer 17.2 of the Bus-HOV of the A-6 a vehicle in whose back he was traveling a “too rigid” person. Suspecting that it could be a doll, they stopped the vehicle, confirming the suspicions of the agents.

Too stiff to be a person

“A driver carrying a mannequin was intercepted to be able to use the high occupancy bus HOV lane at its entrance to Madrid. The agents of the Traffic Group suspected excessive stiffness showing the backseat ‘occupant’, which she did not say ‘nor po’ when asked“, joked the Twitter account of the Civil Guard.

Upon being intercepted by the Civil Guard, the driver of the vehicle “could not deny the evidence” when it was appreciated that she was traveling with a mannequin to use said high-occupancy lane, for which she was fined in compliance with the General Traffic Regulations.

Dressed, wig and belt on

As described by the Civil Guard, the mannequin was traveling placed in the back seat, behind the driver, “perfectly dressed, with the belt on, wearing a wig and with her gaze directed towards the interior of the vehicle, which made it difficult to differentiate the doll from a real person “.

The driver who was driving with a mannequin in the passenger seat.

A mannequin in the passenger seat

It is not the first time that a driver uses this trick to get into the Bus-HOV lane of the A-6, known as La Corua road. In 2012, the Civil Guard also surprised the driver of a passenger car who was driving a mannequin on the road in the direction of Madrid. This time, the mannequin was also a woman’s and was perfectly characterized with wig, sunglasses and even a nice scarf, although the driver was even more daring and took it in the passenger seat with the seat belt on, of course. The joke came out dear to the owner of the mannequin: a fine of 200 euros.

Four years later, in October 2016, the former banker Mario Conde was fined for driving on the A-6 Bus-HOV in the vicinity of Madrid. The popular financier, sentenced to 20 years in prison in the 1990s for the ‘Banesto case’, I drove a vehicle without an escort along this lane reserved for buses and cars occupied by at least two occupants. It was at km 7,400 of the A-6 in the direction of Madrid. 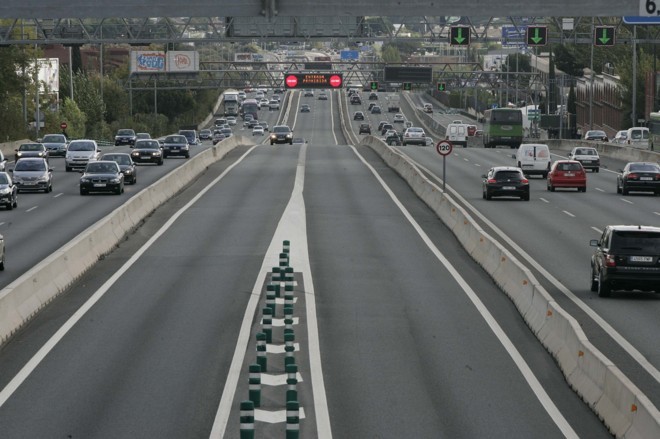 The Civil Guard recalls that the Bus-VAO lanes, whose initials mean High Occupancy Vehicles, were created to relieve traffic in large cities, facilitating the circulation of buses and other vehicles intended for the transport of people.

As a general rule, they can only travel on one bus-HOV lane vehicles with two or more occupants (including the driver), motorcycles with two or three wheels, vehicles with an ECO or ZERO label (even if they circulate with a single occupant) and mixed vehicles (vans) and buses with more than 3,500 MMA and articulated buses.

Subscribe to the BRAND Cars Newsletter and receive in your email, from Monday to Sunday and first thing in the morning, all the news about the automotive sector: tests, comparisons, videos, photos … The best cars in the world in your e-mail.