On July 2, the DGT launched the first Operation Exit of the summer with an unprecedented deployment in which the presence of 1,325 fixed and mobile radars to control speed on our roads, one of the main causes of accidents and which, according to the DGT itself, in 2019 was behind 300 deaths.

This year Traffic will have 780 fixed radars (92 of them in the section), 16 more than the previous year, to which they add 580 mobiles used on tripods, camouflaged cars or even vans, not forgetting the 12 Pegasus helicopters capable of fines up to 300 meters high and one kilometer away. With all this, it is very possible that if you get lost for a single moment you will be “hunted” by the DGT, unless you know where these cinemometers are located and how to avoid them.

Mobile speed control carried out by the Civil Guard.

Where are the DGT radars located?

Being a little far-sighted you can avoid being fined by any of the 780 fixed radars, and that is because their location is public. In fact, they are marked on the road itselfFurthermore, on the DGT website you can check its location on an interactive map, both the traditional ones that control the speed as it passes, and the section radars, which, as you well know, measure the average speed between two points.

However, there is a much more practical (and also free) way to “dodge” those radars. Is named Google maps, an application that I am sure you know and that in one of its latest updates has incorporated the location of all those fixed (and section) radars, which shows on the selected route.

However, remember that on several occasions Traffic applies the cascade radar technique, that is, mounting a mobile speed control camouflaged behind a fixed one, conveniently marked, so that confident drivers after passing the first kinemometer will be hunted when accelerating again.

Camouflaged radars and Pegasus: how to locate them?

On the other hand, knowing where a mobile radar is located is much more complicated. Normally, in the presence of this type of controls messages often appear on information boardsConventional roads being another area with a high probability of finding them, especially those that have the corresponding signal (orange rectangular indicating the length of the possibly controlled section). However, there are diverse applications and driver communities, for example Waze or Social Drive, where your location is advertised.

As for the Camouflaged Civil Guard cars, a large part of them respond to a similar aesthetic pattern that allows them to be identified, and this is the Tinted rear windows along with a small antenna for the radio, although it is also possible that you are in front of a simple official car, but you know, “prevention is better than cure”.

Regarding Pegasus, it is undoubtedly the most difficult radar to locate, and although its presence is usually communicated in those information panels to which we alluded, it is practically undetectable to the driver from your car, in addition to not only detecting violations related to speeding, but of almost any type, such as reckless behavior, not wearing a seat belt, talking on the mobile … 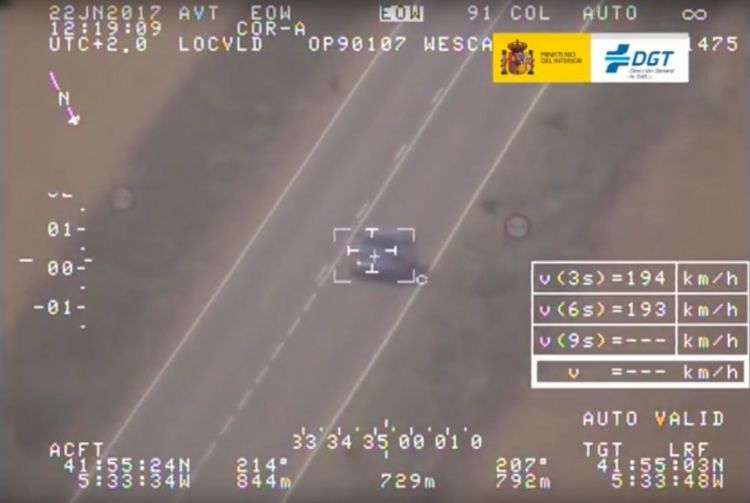 More guides on radars and fines in Diariomotor:

– All about the Pegasus radars of the DGT: how it works and fines the excesses of speed – Know all the types of radars that the DGT uses – This is how the DGT cascade radars work and hunt you – The fake radars of the DGT: Why does Traffic use empty boxes? – This is how the DGT section radars work – Dismantling 11 myths about radars that will save you scares and fines