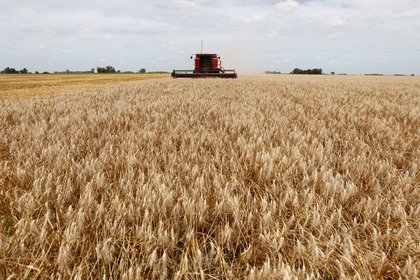 As reported by the Buenos Aires Cereal Exchange The fine crops season ended, where wheat had a harvest of 17 million tons and barley 4.1 million tons, in the midst of a complex climatic situation due to the lack of rainfall and frosts that affected the yields of the cereals.

In the case of wheat, there were losses of the planted area that were 7.2%, where the adverse weather affected the growth and development of the crop in the west, north and center of the Pampean region. For its part, barley obtained yields greater than 2.5% in relation to the previous cycle.

Strictly speaking, national wheat production was 9.6% below the 2019/20 season and 0.3% higher than in the last five seasons. The decline in production also responds to the fear that producers live due to the change in the rules of the game by the Government that affects not only national production, but also exports.

Of the total harvest of the 2020/21 wheat campaign, Argentina managed to position 8.2 million tons abroad, that is, 49% of total production. The sector, in addition to dealing with Brazil’s decision to permanently open the exports of that grain without tariffs for countries outside Mercosur, added to the recovery in Australia’s exports, faces challenges such as instability in national politics and exchange split. 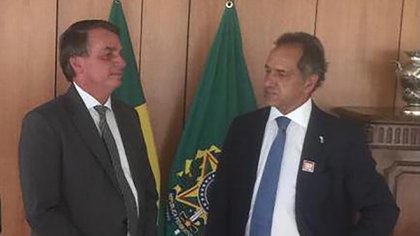 The president of Brazil, Jair Bolsonaro, met days ago with the Argentine Ambassador to Brazil, Daniel Scioli, for the wheat purchases that the neighboring country makes outside of Mercosur without tariffs

According to the experts from the Buenos Aires Cereal Exchange, this season has a slow sales rhythm that is plummeting compared to the previous ones, with a drop of 44% in the same period, but that has been moderated with purchases by the industrial sector. For example, “at this point last year, the producer sector had already managed to position 14.8 million tons,” he said. Juan Pablo Gianatiempo, Economist at the Buenos Aires Cereal Exchange.

While the amount per million tons of wheat exported is expected to decline, It is expected that around USD 3 billion in foreign currency will enter the country, with a tax collection that would be around USD 900 million. The added value, meanwhile, would have an increase of 6% compared to the previous campaign.

Following the decision of the President of Brazil, Jair Bolsonaro, of permanently opening the entry of wheat without tariffs from countries outside Mercosur, fear grew in the wheat chain for not being able to place the cereal in that destination that, although it had already been implementing this measure, they did so in a temporary. This would have been one of the triggers for the partial fall in national exports.

Argentina exported 5.8 million tons to Brazil, but in the 2019/20 campaign that value was 4.7 million tons. Strictly speaking, experts say, there was an 18% drop in the quantities exported to that country in recent years. In the last two seasons, Brazil represented 45% of Argentine total wheat exports, although throughout history there were relatively high values.

Faced with this need, Argentina opened up to new destinations that are now in danger due to the return to the ring in Australia. “The reduction in export volumes this season is explained by the fact that wheat in the first months enters a commercial window, since it is exported to Asian countries where it competes with the Australian wheat ”, express.