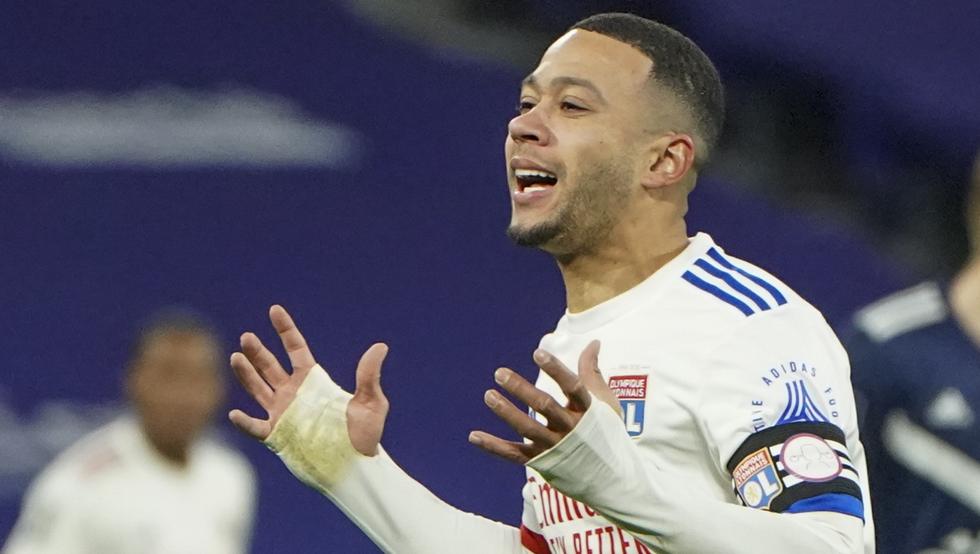 Thanks to the goal difference, Lyon was the leader this Friday in Ligue 1 thanks to its victory against Brest, 12th in the table (2-3), in which Memphis Depay, Barcelona’s goal, was the protagonist with a both a penalty and an assist. The Lyon captain currently has 14 ‘targets’ in this French championship.

Lyon is now tied on points with Lille (which visits Lorient this Sunday) and with one that Paris Saint-Germain (PSG), Barcelona’s rival in the eighth of the Champions League and which also hosts Niko Kovac’s Monaco this Sunday .

The truth is that Rudi Garcia’s team ended up suffering against Brest, who scored 2 goals in the second half and even had a chance to end up drawing the match, which was complicated for Lyon when it seemed they had him sentenced.

Lucas Paquetá was the one who opened the scoring for Lyon by taking advantage of a mistake by Sebastien Cibois, Brest goalkeeper. In the 29th minute, Rudi Garcia’s team extended their lead thanks to a goal from Houssem Aouar, who ‘made’ Depay, although he generously enabled his teammate to achieve the second.

And in minute 44, the 0-3, marked by Depay when he transformed a penalty committed by the goalkeeper Cibois on the Dutch player himself. The referee pointed this out after consulting with the VAR. With this result at halftime, the match seemed doomed, but the truth is that the situation was complicated for Lyon in the second half.

Thus, Brendan Chardonnet cut the gap in the 53rd minute (from Franck Honorat) and Irvin Cardona made it 2-3 in the 74th minute at the end of the counterattack. In between, Toko Ekambi had a good chance. In the end Cibois avoided what would have been Lyon’s fourth goal, provisionally at the top of the table.