Telemundo Denisse Novoa returns for the rematch to Exatlon USA.

At this point it is no longer a secret to anyone that Denisse Novoa and Frank Beltre were expelled from the fifth season of the Exatlon United States competition program. After many rumors that spread like wildfire on social networks, on April 11 it was the presenter Frederik Oldenburg who confirmed by saying on screen what Telemundo would have already assured us in a statement: There was a break in the rules of the program that resulted in breach of contract, so Denisse and Frank had to exit the competition.

“La Pantera”, as the Mexican girl with deep blue eyes is nicknamed, since she appeared for the first time in Exatlon United States, she impacted the then large audience of the competition program, not only because of her physical beauty but also because of her focus, determination and sporting prowess that led her to become one of the favorites.

That is why her return in the fifth season since it was announced generated great expectations, and it was no wonder, “La Pantera” since she set foot in the arenas of the Dominican Republic made us remember why she is one of the most memorable from the competition program, but this was clouded by two facts; an injury about which many details are unknown today, and then this abrupt expulsion, something never seen in Exatlon United States.

Much was said about the causes that led to the expulsion of Denisse Novoa and Frank Beltre from Exatlon USA. Different portals for fans would have assured that they were found illicit substances and that this represents a serious offense within the competition, but there is no official confirmation, which if it reigned by the expelled was a lot of secrecy, that until April 16 , when Denisse Novoa decided to “Break the silence” in a live session through her Instagram account.

Denisse Novoa emphatically indicated that in the live session she would answer all the questions of her followers, which did not happen in its entirety. During her time in front of the camera, which was at least erratic, one of the few things in which the girl had some forcefulness was by ensuring that she does not ingest any illicit substance, since she is very healthy and has always focused on take care of your body, mind and spirit.

Regarding the expulsion of Exatlon from the United States, there was no response, he only said that God’s plan is perfect, indicating at times that it was better to have left because today he is supporting his family before a difficult moment they would be living, which he did not explain either.

Novoa was very careful to answer only the “less controversial” questions of those who were watching, an audience that at moments reached almost 14,000 people, and within minutes it dropped abruptly to 7,000.

The presenter of the first four seasons of Exatlon United States, Erasmo Provenza, as he would have said through his Instagram stories just days before, joined Denisse Novoa’s live session, because as he said “I wanted to be the first to see what he had to say ”, in fact, on several occasions he asked to speak with Denisse live in front of the fans, to really respond to all the controversy surrounding the competition program.

When the followers realized this, they began to ask Denisse to actually pay attention to Provence to add him to the live conversation, but the girl ignored it, leaving all the followers full of questions about the why of the The expulsion of Novoa, who, trying to clarify his situation, sowed many more doubts about what really happened in the competition program. Here are the photos courtesy of Keyla La Reina de los Spoilers: 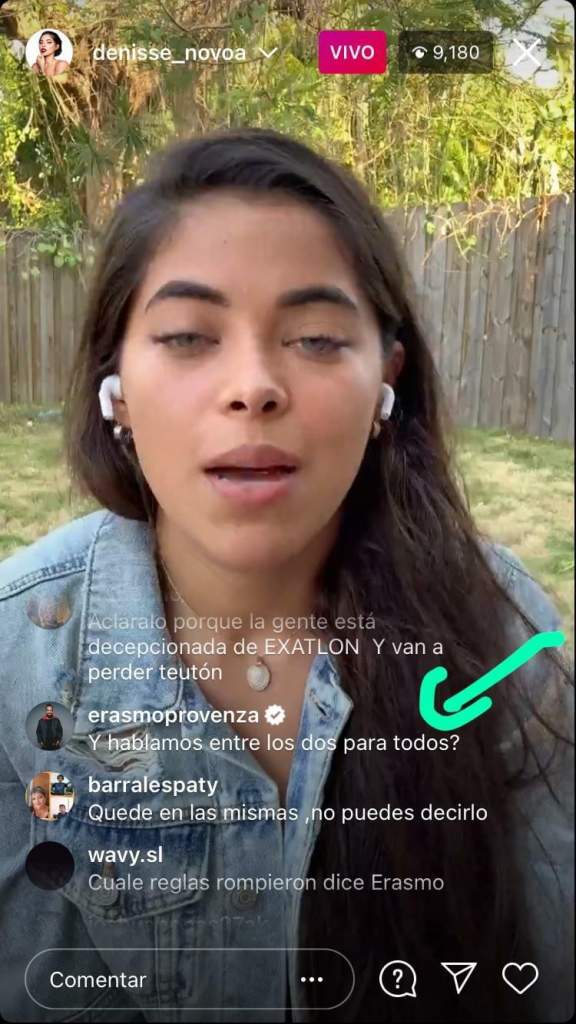 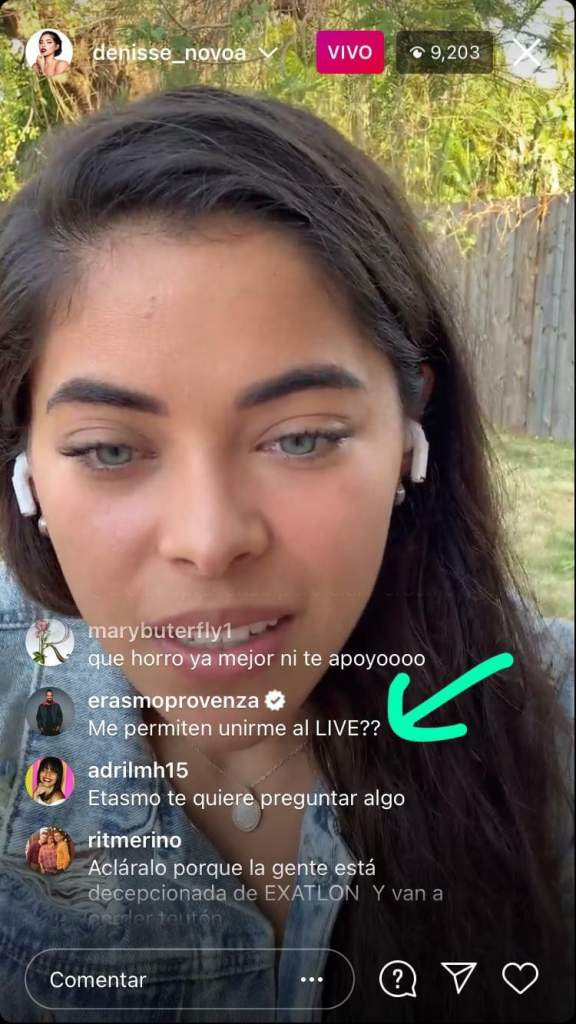 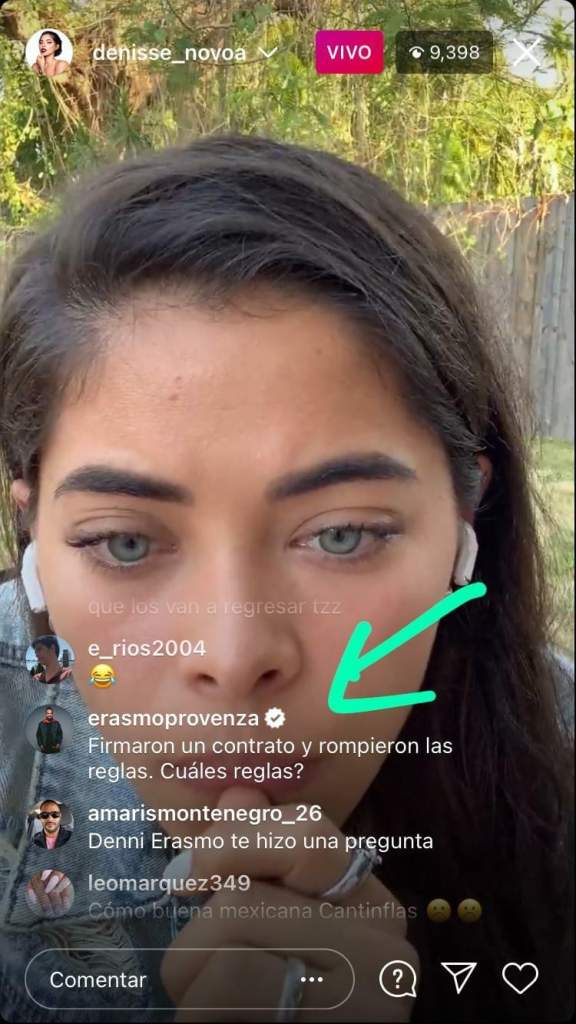