The worst wave of infections in China triggers the state of alarm in Wuhan and the authorities will carry out tests on each of the 11 million citizens.

In November 2019, an outbreak of a then unprecedented disease It took the 11 million inhabitants of the city of Wuhan by surprise. As the news trickled down, the new coronavirus was escalating to proportions unimaginable at the time.

By February 2020, Wuhan was already known as the Chinese city where the COVID-19 epidemic began. One month after, WHO warned the world to prepare for a “potential pandemic.”

Since January 23, when the health authorities began the mobility restrictions that shaped the quarantine across the country five days later, Wuhan spent two months in strict total confinement no good news.

On March 18 (55 days later), Hubei Province announced the first day with zero new coronavirus cases, but the confinement was still far from over. It took another three weeks (21 days) for Wuhan to begin its process back to ‘normal’.

In short, the city where the first cases of COVID-19 arose remained in total isolation for 76 days, from January 23 to April 8.

It may interest you: They discover the remains of patient zero, the first person to die of the Black Death in the world

The ironclad health strategy, widely criticized for the siege to restrict the mobility of citizens backed by the armed forces, another achievement was noted on April 28, when the province announced that the last hospitalized for coronavirus had been discharged to recover at home.

The phased return to activities in China began on April 8, the date on which the restrictions imposed on the 11 million people of Wuhan. As the Chinese government congratulated itself for having defeated the virus and images of people without masks and even mass events reached the international press, the first wave of COVID-19 began to wreak havoc in the rest of the world.

The return of the coronavirus 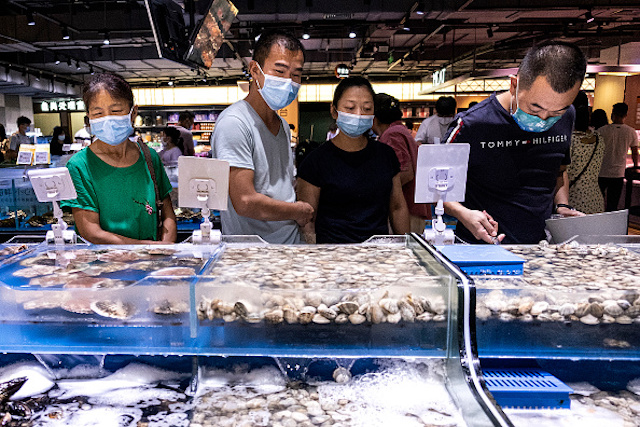 14 months after last sporadic contagion recorded in June 2020, Wuhan is again confronted head-on with COVID-19: amid the worst outbreak in more than a year in China, the city that saw the emergence of the coronavirus sets off the alarms again, after detection of 7 cases of people who had no contact with the outside world.

The Chinese government points out that the new infections (just over 380 detected so far) are due to the arrival of the delta variant to national territory. The official version ensures that most of the new infections started among workers at the Nanjing airport, west of Shanghai, spreading to more than twenty cities.

The news was taken harshly by the Chinese authorities, who decided to deploy all their available resources in an attempt to curb new cases in the budStarting this week, Wuhan’s 11 million residents will again undergo massive COVID-19 testing.

The delta arrival – the most contagious variant known so far of the virus that will become the dominant worldwide in the coming weeks – it will also be a litmus test for domestic vaccines, battered by Western (especially American) media and with a starring role in vaccination campaigns in Latin America and other underdeveloped countries.

COVID-19: What are the vaccines that confirmed their efficacy against the delta variant?