BTS band reveals acts of discrimination against them 0:46

(CNN Spanish) – If you know what k-pop is, you know that social media is its world. The followers of this musical genre that originated in South Korea are not only very active in their publications, but they have managed to transcend the musical spectrum to speak out on social causes or sabotage political labels in both the United States and Latin America. Those who follow the group BTS, one of the most popular of the genre, call themselves ARMY, they are tens of thousands around the planet and have raised millions of money for social causes. How did an organized global fan base arise that manages to shape trends on the internet?

Who are BTS and what is the ARMY? 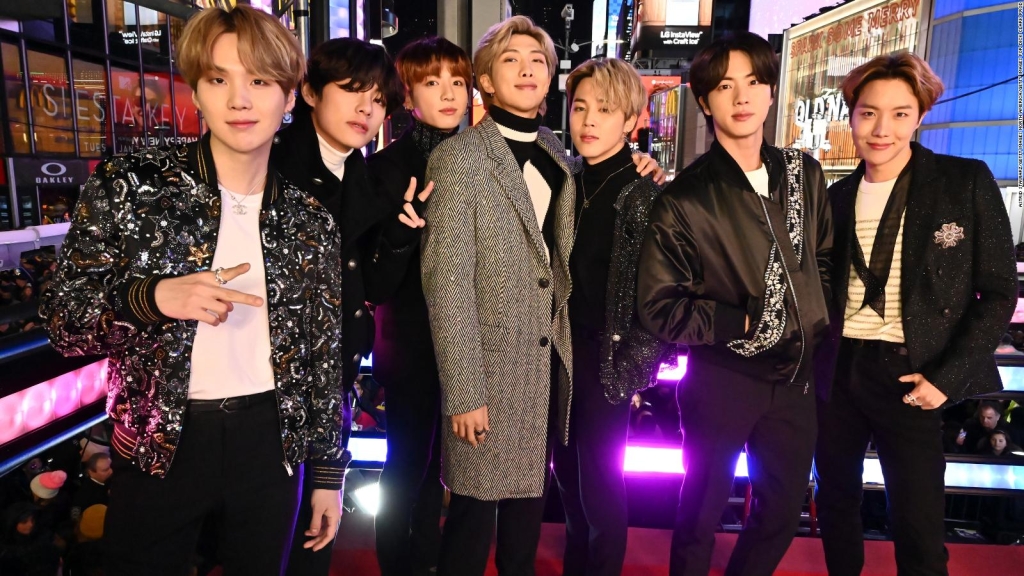 Among BTS’s long list of ARMY-listed achievements, the group that debuted in 2013 is the first in the K-pop genre to top Billboard’s Hot 100 chart thanks to their song Dynamite and they hold the Guinness record for achieving the majority of spectators in a virtual concert.

For its part, the ARMY, which translates as army, is the fandom of BTS and its name means in Spanish “Adorable Representative MC for Youth” and although it is difficult to calculate exactly the number of people that make up the ARMY, their networks social give us a rough idea. BTS’s official Twitter account, for example, has more than 35 million followers, while its YouTube channel has more than 55 million subscriptions.

“The prerequisite for being an ARMY is that you love BTS and that’s it. There is no secret password, ”said Wallea Eaglehawk, a young woman from Queensland, Australia, who created her own book publisher under the name“ Revolutionary ”(Revolutionary, in Spanish) to show the revolutionary capacity of BTS, a South Korean group of k- pop, and ARMY, as the group of followers of the band is known.

“I see ARMY as a truly dynamic and ever-changing group of people, united through love, and they are also like a microcosm of the macrocosm, so they are a cross-section of the world because there are so many of us now.”

According to a 2020 census, carried out by ARMY, in which 400,000 people participated, the ARMY is present in more than 100 countries, and although a large majority is made up of minors, the remaining 49% are over 18 years of age . The census also showed that one in five has a college education and that more than 21,000 people who participated in the census are parents.

A decentralized and organized fandom

Unlike other fan groups, the ARMY does not have a leader, so it is a decentralized fandom in which no one speaks on behalf of the ARMY. However, the lack of centralization has not affected their organizational power, but rather potentiates it with the help of social networks. “Social media is definitely one of the mainstays of fandom because it’s what connects a very, very robust global audience,” Eaglehawk said.

The ARMY network is so vast that it seems like there is an account for everything, whether it’s documenting important moments (@ResearchBTS), translating content (@BTS_Trans), learning about BTS (@BangtanScholars), organizing voting (@btsvotingorg), or pushing forward fundraiser (@OneInAnArmy). The latter was the organization within the ARMY that was in charge of promoting the #MatchAMillion campaign to support the Black Lives Matter movement, collecting US $ 1 million in approximately 26 hours.

Donations on behalf of BTS

It all started in November 2017 when BTS partnered with Unicef ​​to launch the Love Myself anti-violence campaign. BTS and its then label Big Hit Entertainment made a donation of 500 million South Korean won (US $ 418,897.60), allocated 3% of the sale of the physical records of their collection “Love Yourself”, among other actions.

In March 2018, an ARMY named Ana summoned her Twitter followers to collaborate on a charity project. The tweet went viral and a group of volunteers from around the world organized in a matter of hours to create One In An Army (OIAA, a BTS fanbase that is focused on charity, and that is not a political organization or activist per se.

However, OIAA is not the first or the only group within the ARMY conducting charitable projects. “You can go to Twitter, for example, and there are campaigns like the ones we saw to equal the million with Black Lives Matter, and even right now with Palestine,” said Eaglehawk.

According to ARMY documentation, to date, more than 600 charitable projects have been organized that support a variety of causes around the world. For example, the ARMY recently donated 300 meals for Ramadan to the 100 Million Meals campaign and raised $ 2,091 to support people in ICE detention centers. ARMY’s charitable actions are not directed by BTS, but they are inspired by what many of these donations are made on behalf of the members or, charities that are within the interest group of BTS are supported.

Why don’t all the fans do this? Can you imagine if everyone’s fans thanked them [a las bandas] organizing charitable actions on your behalf? What a better place this world would be, “said artist Halsey on Zach Sang’s radio show after her collaboration with BTS on” Boy With Luv. “ 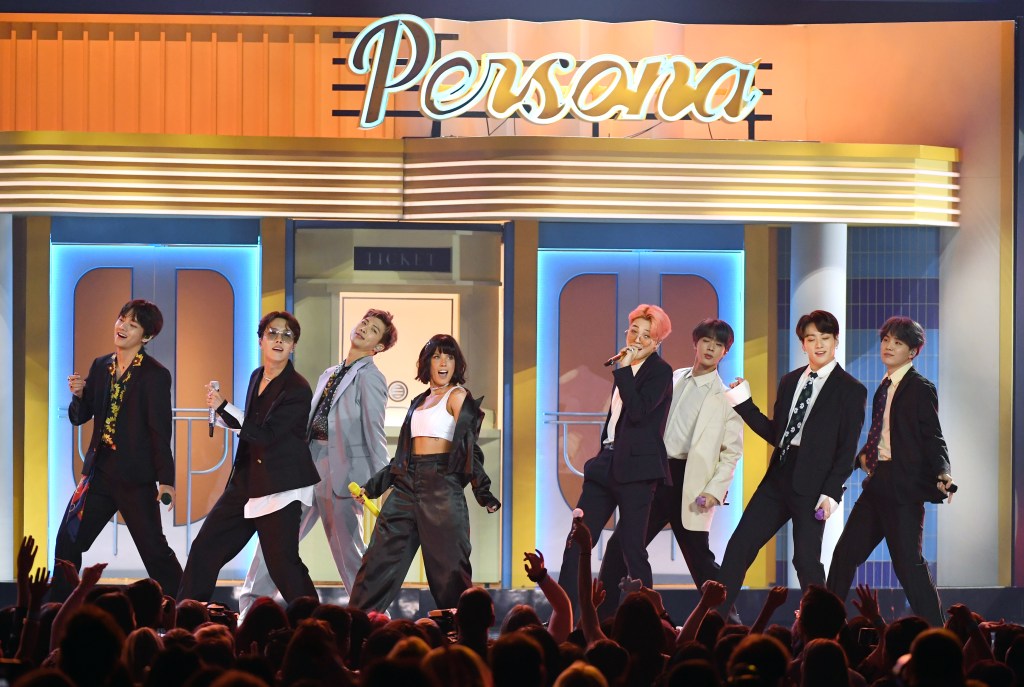 Halsey and BTS during the Billboard Music Awards at the MGM Grand Garden Arena in May 2019 in Las Vegas, Nevada. Credit: Ethan Miller / .

Activism (and counter-activism) in networks

While both the ARMY and BTS are not directly related to any political movement, their actions can be seen as revolutionary acts. For example, the group donated US $ 1 million to Black Lives Matter in the United States and in a tweet they said: “We are against racial discrimination. We condemn violence, you, I and we all have the right to be respected. We will stick together. #BlackLivesMatter ». Soon after, his ARMY collected another million in about 26 hours.

In the midst of the massification of the BLM movement after the death of George Floyd, in 2020 the response also emerged with opposing hashtags in favor of the police or the whites, against the postulates of the defenders of the black community. Back then, K-pop fans did what they do best: post countless memes and videos of their favorite groups, this time using anti-black labels to drown out those voices. So when people searched for the hashtags #WhiteLivesMatter, #WhiteoutWed, and #BlueLivesMatter on social media platforms, they came across endless images and performances from Twice, EXO, and other popular K-pop groups.

In June 2020, the Dallas Police Department asked people on Twitter to submit a video of “illegal protest activity” to its IWatch Dallas app. But instead, K-pop fans flooded the app with fancams. The police department said one day on Twitter: “Due to technical difficulties, the iWatch Dallas application will be temporarily inactive.” Even after the app crashed, K-pop fans responded to the Dallas Police Department tweet with more K-pop videos.

“In general the ARMY is not political, but actually, if you look, they are activists. They are for social justice, and that in itself is political, ”Eaglehawk said.

Along the same lines, BTS leader RM told Variety: “We are not political figures, but as they say, everything is political eventually. Even a pebble can be political.

However, that is not an opinion shared by all BTS members. In the same interview with Variety, Suga said that they do not consider themselves political figures and indicated that “the ARMY talks about their own initiatives and we always respect their opinions, as we respect those of anyone else.”

From USA to Colombia

Recently, it has been seen on social networks, especially on Twitter, how accounts related to K-pop content have used their great organizational skills to promote hashtags related to social conflicts, or sometimes ‘appropriate’ tags to change their meaning as they did with the labels in the US A recent example is that of Colombia, where when reviewing the hashtags # UribeTieneLaRazón and #YoApoyoalESMAD on Twitter, you can see photos and videos of various K-pop bands —such as BTS and Blackpink— instead of showing the messages of the former senator and former president of Colombia Álvaro Uribe against the demonstrations or content in support of Colombia’s Mobile Anti-Riot Squad (Esmad).

However, while many of these social media actions are attributed to BTS’s ARMY, the ARMY does not claim success. “We believe that we do not represent nor are we the face of the thousands of people who are currently actively participating in the different digital activities, regarding HT, that are carried out in the country,” ARMY Bogotá told CNN en Español . “Our work on unemployment is purely informative.”

The era is giving birth to a heart
He can’t take it anymore, he dies of pain
And you have to run
Well the future falls

I must leave the house and the couch
The mother lives until the sun dies
And you have to burn the sky
If necessary, to live # FuerzaCOLOMBIA 🇨🇴💜✊ pic.twitter.com/X05RFUjgwl

With information from CNN’s Alicia Lee