In Dc comics want to celebrate Asian American and Pacific Islander Heritage Month in May with a new 100-page comic.

In addition to bringing together all the Asian superheroes from Dc comics they will also add a new one. Since it will introduce the Monkey prince, created by Gene Luen Yang (Superman Smashes the Klan, Batman / Superman, New Super-Man) and Bernard Chang (Teen Titans, Batman Beyond), in a 12-page story titled “The Monkey Prince Hates Superheroes.”

The character of the Monkey Prince is inspired by the Monkey king, a legendary hero from Chinese mythology, on which he also relied Akira toriyama many years ago to create Goku from Dragon ball. In DC Comics history, the Monkey prince will fight and join Shazam to defeat the wicked so much Dr. Sivana like a Chinese deer demon spirit. Yang, who has previously explored elements of The monkey king in his graphic novel American Born Chinese, shared in Twitter a little information about the new character. 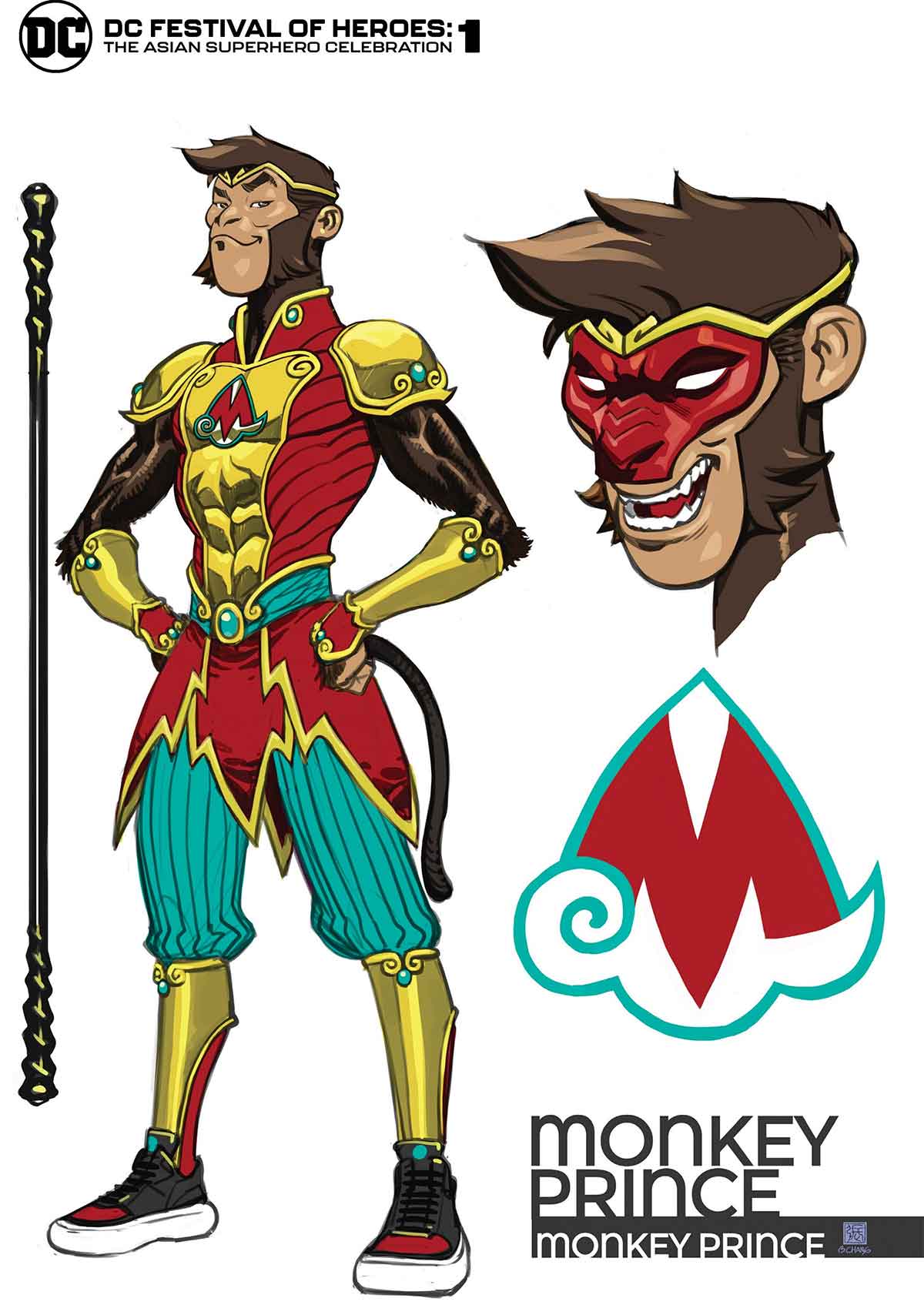 “I grew up hearing my mother’s stories about the Monkey King,” Yang wrote in a thread. “And I’ve always loved when mythological characters make their way into modern superhero universes. Thor and Loki in Marvel, Ares and Hera in DC Comics… And I can’t believe we have the opportunity to do the same for our favorite mythological character of all time. “

“In Asia, the Monkey King is so popular that his story has been adapted into comics countless times. We wanted our version to feel distinctively DC Comics, ”he wrote. “Many DC heroes have iconic emblems that resemble letters but are not really letters. The S in Superman isn’t really an S, it’s a Kryptonian symbol of hope. The A in Aquaman isn’t really an A, it’s an Atlantic glyph. “

Also, heroes’ emblems often point to their origin stories. Superman’s powers originate from his Kryptonian heritage. It is appropriate that he uses a Kryptonian symbol. Shazam and Flash got their powers when they were struck by lightning. They both wear lightning bolts to the chest. The Monkey Prince emblem looks like an M, but it is also a representation of Flower Fruit Mountain, the birthplace of the legendary Monkey King and the origin of his powers. “

DC Comics Festival of Heroes: The Asian Superhero Celebration It will launch in stores and digitally on Tuesday, May 11.