The Swedish David Färdmar premieres his debut film, ‘Vivir sin nosotros’, in Spanish theaters from this May 14th. Starring Björn Elgerd and Jonathan Andersson, the film tells of the breakup of a couple in their thirties. Shown at the Gothenburg Festival, It is a debut with which the director and screenwriter is committed to breaking with the clichés of LGBT cinema. “We live in 2021, it is important for young people, for the new generation, to see other types of references, other approaches,” says the filmmaker.

Living without us tells how a couple in their twenties who are very close to thirty face their breakup. On the one hand, for Hampus (Andersson) it is a relief to leave a relationship that was being self-destructive. On the other, Adrian (Elgerd) is devastated and heartbroken. The two will go through the sentimental duel in different ways, with the audience witnessing the breakdown and subsequent effort to remake their personal lives.

The project is based on a 15-minute short film made in 2018, entitled ‘No More We’, which also featured the same leading actors. “Initially, I wrote the script thinking about a feature film. We started shooting it while we were looking for funding but it fell apart and we had to stop it. With the material I had recorded, I decided to create a short”, shares the director, who highlights that “after the good reception” of ‘No More We’, it was when he was able to make the film he had thought of. “I tried again and, with the help of Swedish and American investors, we were able to do it,” he adds.

An element that draws the attention of ‘Living without us’ is that it shuns the usual situations of LGBT cinema related to self-acceptance, homophobia or the hostile environment of society. “I was fed up with these types of films. I’m not saying they are not important, I recognize their value, especially in what they have meant in history and that, in certain regions, they continue to be necessary. But, when I started producing the film, I imposed five rules to be able to do it “, explains Färdmar in an interview for eCartelera during the promotion of the film in Madrid. 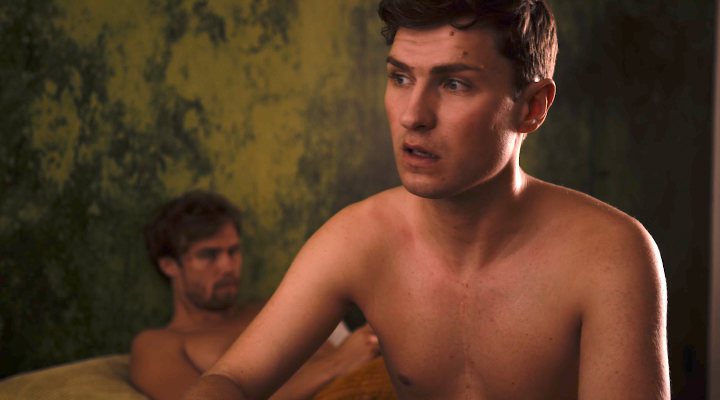 “The five rules were: 1. There would be no coming out of the closet, 2. That no one was going to be beaten or victim of a hate crime, 3. That there would not be the omnipresence of homophobia and the weight it entails, 4. There would be no HIV-positive characters and 5. That in the end all the protagonists are alive“, details the filmmaker, who considers that there have been” too many proposals that show how difficult it is to be gay, lesbian or trans. “” It is important for the new generations that are LGBT to see new things. I wanted to tell the story of a break in which being LGBT is normative“, he adds.

Hence, the protagonists are young. “I wanted the couple to be made up of two boys between 25 and 35 years old, not older, precisely so that the new generation could identify with them,” he argues. However, Färdmar does not rule out addressing a relationship between more mature gay men in the future. “Gays between 40 and 50 years old have other types of life challenges. It would have been a different film and, perhaps, I will explore it for my next project,” he says.

Another virtue of the film is the chemistry of its two main interpreters, Björn Elgerd and Jonathan Andersson. “Before I became a filmmaker, I was a casting director and, in one of my jobs, nine years ago, I met both of them. I really liked their ways of acting and I said to myself that if he ends up being a filmmaker, I would want to work with them. When I started to write the libretto, I did it thinking about them for the leading couple “, reveals Färdmar, who highlights how” a respect and admiration arose between them during the filming “. “There was a splendid atmosphere on set,” he says.

Openly gay, Färdmar is aware of the movement from the United States that demands that LGBT characters be played by LGBT actors. “I think it depends on what type of film you want to make and what is the subject you are dealing with. To choose the four gay characters in my film, I asked the actors to read the script and I asked them if they were able to identify with the emotions of a breakup, “says the director.

“It never crossed my mind to ask them about their sexuality. The essential issue, for me, was to find the actor who best fit the role. Whether the subject requires it or not is another question. I think the fundamental thing is that, in the collective, we have more representation, both in front of and behind the cameras. I do not consider that you have to be gay to play a gay character because, if we follow that logic, a homosexual actor or actress would not be eligible for heterosexual roles, “he says.

“The public really wants to go back to the cinema”

On the other hand, Färdmar points out that, in most of the characters, it is their personalities that define them beyond their sexuality. “I don’t think being gay has to be the description for a role. As with society itself, there are many ways to be gay. When I did the casting, I did not talk about the sexual orientation of the protagonists as the main element, but about their emotions, of what they felt and how they lived a sentimental break, that was the essential thing, “he details. 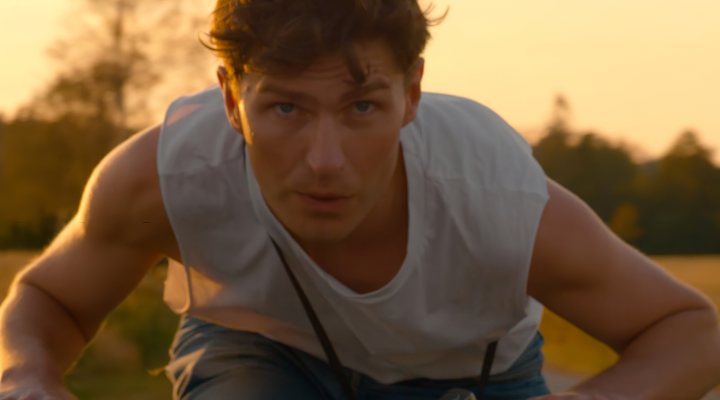 Spain has become one of the first countries in which ‘Living without us’ has had a commercial premiere in cinemas, because in other international markets its launch has been limited to platforms, due to the coronavirus pandemic. “Although in Sweden there have not been confinements nor have we experienced the harsh restrictions of other countries, for the cinema it has been devastating. The capacity control measures made it impossible for the theaters to be open, the culture was closed,” he declares . “Now, let’s hope that the limitations will relax. The public is eager to return to the cinema, also to the theater and live music“, keep going.