Lovers of SMITE, Hi-Rez’s third-person MOBA, were waiting to see what the last god of this year would be like, after it was announced a month ago that the original plan to launch two more before the chimes was truncated by problems in development arising from the pandemic. For some months now we knew that after the arrival of Tsukuyomi the next god would be Danzaborou, the mythical tanuki that you will be tired of seeing in any statue of these animals. But of course, the Japanese tanukis, especially those of the legends, are known for many things but their physical appearance stand out two great … well if you don’t know what I’m talking about, look at any image of this character from Japanese folklore by clicking here.

And it is that although one should not separate the image of the tanuki from his huge scrotal bag, it was clear that to put Danzaborou in the game, something had to be done about it. The solution? Pull on subtlety by giving him two large round canteens that he proudly wears hanging from the front of his belt. Jokes aside, it will be next Wednesday the 18th around nine o’clock at night when we will see this cute little raccoon in the game in a new Patch Note Show on the company’s official channel. Until then we will have to settle for this animated short that they have taken as an aperitif where the joking raccoon goes to visit Kuzembo: 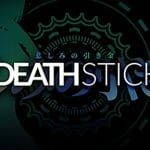