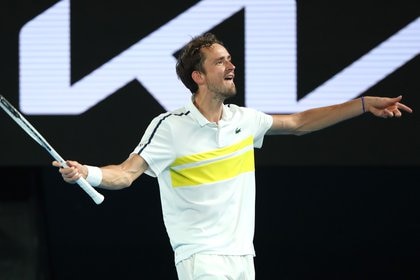 Daniil Medvedev will contest his second Grand Slam final after losing the US Open 2019 (Photo: .)

The Next Gen is already a reality and, ultimately, a threat to the historic trio that has dominated tennis for more than a decade. Daniil Medvedev will be their representative next Sunday in the end of the Australian Open after crushing another of his generation in the semifinals: beat Stefanos Tsitsipás 6-4, 6-2 and 7-5 in just two hours of play.

The tennis player from 25 years, which was assured to be three of the world starting next Monday and could even make the jump to number 2, he will play a Grand Slam final for the second time in his professional career: in the 2019 arrived until the last game of the US Open but fell in five sets against Rafael Nadal.

The rematch will be on Australian soil, but the task so far has been impossible for another colleague: he will play against Novak Djokovic, highest Australian Open winner in history with 8 crowns and who never lost a final in this contest.