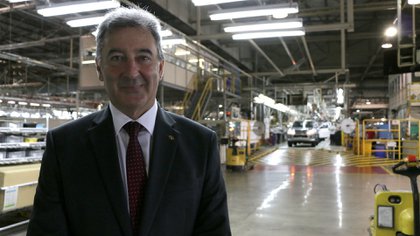 Toyota President Daniel Herrero also stated that “the exchange gap is not something that can be said to influence prices, because most transactions run for the official dollar.” (Lihue Althabe)

The president of the Association of Automotive Factories (Adefa), Daniel Herrero, anticipated that The industry projects a national production of 440,000 units for 2021, almost 70% more than what is expected for the end of 2020, which was marked by two months of plant stoppage due to the coronavirus pandemic.

This was revealed by Herrero, who in his role as president of Toyota Argentina this afternoon led the presentation of the new Hilux pick up, which is produced at the Buenos Aires plant in Zárate.

“The associates in Adefa expect for next year a patenting market of some 460,000 to 470,000 units, and some 440,000 production units,” said the manager in a meeting with journalists in which he participated ..

If the projections of the automakers are corroborated, the production increase would be in the order of 70% if compared to the forecast for this 2020, the year of the pandemic, with a strong impact on a market that will manufacture between 250,000 and 260,000, as estimated by the sector. In 2009, which had already been a complicated year due to the economic context, with a production of just over 314,000 vehicles (against 466,649 in 2018).

In the case of patents, the year-on-year increase would be just over 40% if one takes into account the optimistic projections for the end of this year that speak of 330,000 sales at dealerships, and in line with the reports of the Association of Automotive Dealers (Acara).

“We must continue working and the dialogue is giving results,” said Herrero, referring to the recent formation of the automotive industry table, within the framework of the Economic Social Agreement promoted by the Government, together with the union sectors and the chain of auto parts value.

In that framework, heThe terminals ratified their investment projects for about USD 5,000 million for 2021 and advanced with the Government on a bill to promote the development of the sector and declare it strategic for production.

“In recent months we decided at a table to dialogue and reach consensus on how much we saw from the market, how much we wanted from Argentine production and how much to import and among all the actors to ratify and respect an agreement that has been working,” said the Adefa head.

In that sense, Herrero raised the need to retake these estimates in the framework of the sector table “to rethink those equation variables that we want for next year.”

The industrial manager also stated that “the exchange gap is not something that can be said to influence prices, because most transactions run by the official dollar”.

“Yes, as the gap widens, there is a demand for vehicles to take advantage of a special conjunctural situation, but none of the terminals makes a price decision due to the gap,” he said, admitting that this situation generates “an unreal demand or speculative not entirely genuine ”.

As an example he cited that at present, the Hilux pickup, the Toyota model that has led its segment for fourteen years, “it is at its cheapest value per kilo of soybeans”, In an already traditional comparison for this type of vehicle by the type of customer with the highest demand.

Yes, as the gap widens, there is a demand for vehicles to take advantage of a special conjunctural situation, but none of the terminals makes a price decision for the gap issue

“It is time to be a little creative and expand and change things, to be able to think about the problems of the industry forwards,” he said, referring to the need for a more competitive industry.

In another order, the president of Toyota Argentina stated that by 2021 the Buenos Aires plant in Zárate will manufacture 130,000 units, almost at the limit of its production, which allows to think of alternatives to expand its capacity according to the growth of demand in the region.

The leading pickup in its segment for 14 consecutive years (2006-2019), is manufactured in the industrial plant that the Japanese brand has in Zárate, Buenos Aires province, from where it is exported to 23 markets in the Latin American region and the Caribbean.

The new Hilux incorporates two new single cab versions, the DX Cabin and Chassis, with 4×2 and 4×4 traction. These options allow customers who convert to Hilux Simple Cabin, and dispense with the cargo box, to access a unit with a lower price. 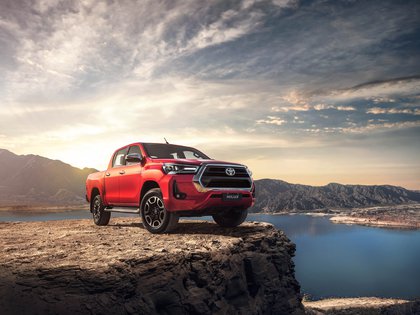 The Toyota model features a new, more modern exterior design with changes to the front optics, grille and bumpers.

The Toyota model features a new, more modern exterior design with changes to the front optics, grille and bumpers. The interior presents changes in the audio equipment, more integrated into the torpedo and with an 8-inch touch screen with connectivity.

Soy on the rise: the rise in international prices does not stop and is approaching its maximum of the last 6 years

A typical family needed almost $ 50,000 in October to avoid being poor