The Dacia Bigster will be the culmination of a process of internal revolution that will change the Dacia brand forever. The long-awaited “older brother” of the Duster will mark a before and after. A model that will allow the Romanian manufacturer to enter a new segment. We break down some of the keys regarding the design and technical section of this 7-seater SUV that will arrive in 2025.

The great debut in society of the new Dacia Bigster, in conceptual format, has generated a long list of headlines and debates. It is one of the great surprises that Dacia
had up his sleeve and which has been unveiled in the framework of the presentation of the “Renaulution” strategic plan, a roadmap that, from the point of view of the Romanian manufacturer, will mean the introduction of three new models in the coming years .

The Dacia Bigster, once it reaches European dealerships, it will be the culmination of this ambitious roadmap. A launch that will take place in 2025 and that will mark a before and after for the company. This model will materialize Dacia’s assault on the C segment and, equally important, the addition of a second SUV to its product offering. The long-awaited “big brother” of the Dacia Duster. 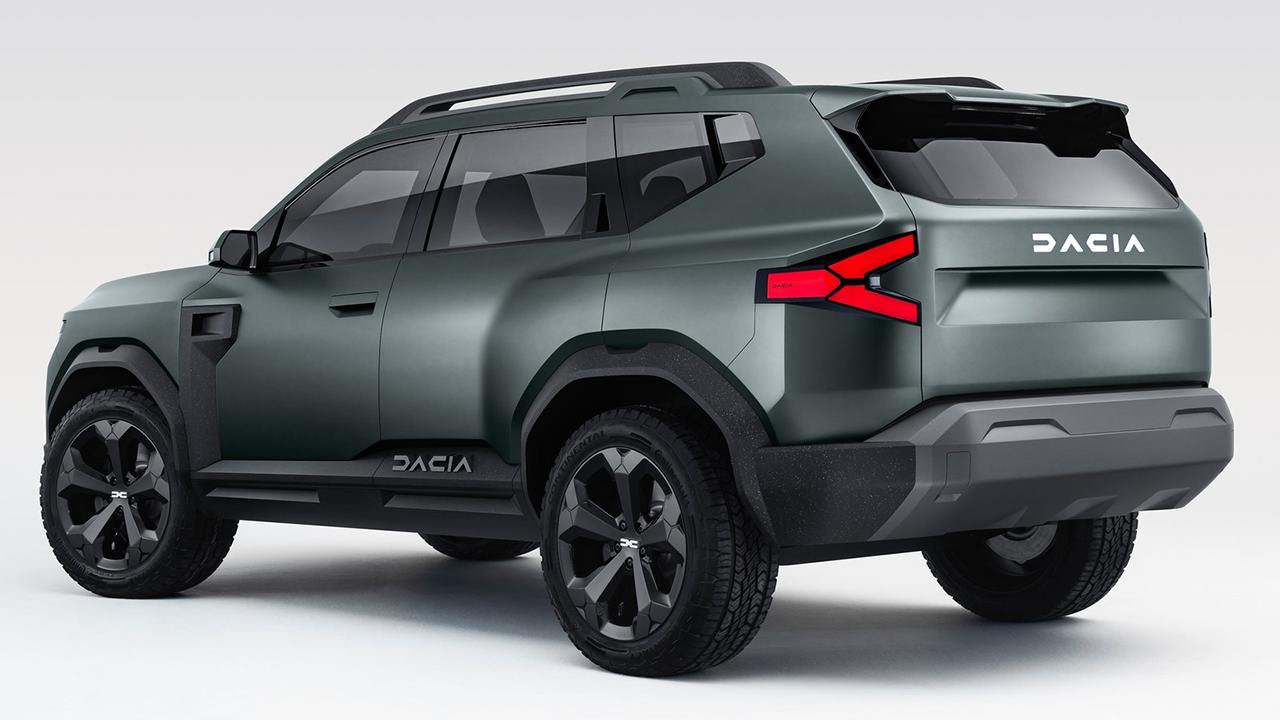 The Dacia Bigster will hit the market in 2025. It will be Dacia’s first 7-seater SUV

The keys to the long-awaited Dacia Bigster

Despite the fact that the Bigster launch date is still looming far behind, little by little they are getting to know and revealing some of the keys that will mark this SUV. Let’s put the spotlight on what the Bigster looks like. Beyond the new design philosophy that premieres and which we have already talked about in previous publications, it is important to mention some details that will be transferred to the production model.

The front vertical plastic fenders, located next to the wheel arches, will have a special functionality as suggested by Luca de Meo, CEO of the Renault Group. Although it has not been specified what function they will have, we can anticipate that it will not be merely aesthetic. In addition, rear door handles, perfectly integrated into the body, will be transferred to the production model.

Will have a 7-seater interior that can be used by adult passengers. However, in the concept model presented to the public, the design of the cabin is not finished. Specifically, it is only sketched from the top of the seats to the ceiling. That is why Dacia did not show images of the interior of the Bigster during its presentation. In any case, it will be the first 7-seater SUV of the low-cost brand. 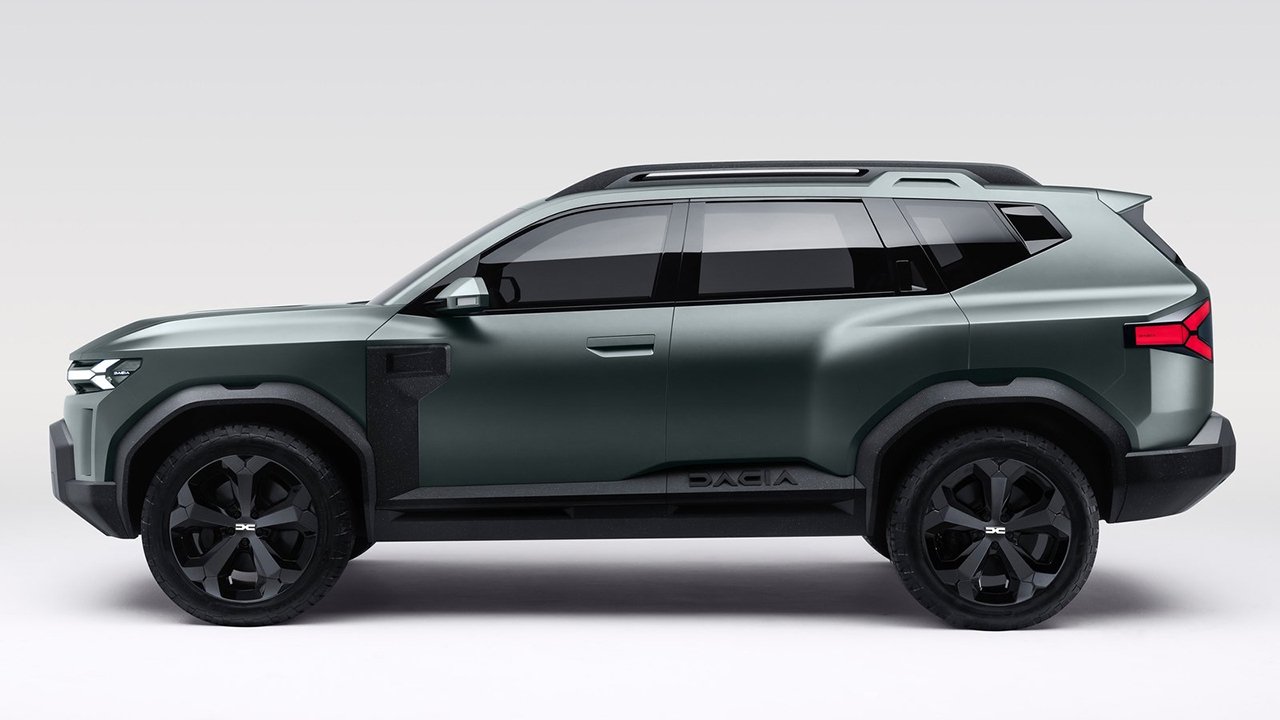 The base chosen for the new Bigster will be the CMF-B platform, an architecture initially intended for subcompact models, which has been appropriately extended to support this new model whose length reaches 4.60 meters. As the brand itself has advanced, it will fight in the C segment. The aforementioned platform will be the base used by all the new Dacia models that reach the market.

Another key regarding the CMF-B platform is that it opens the door to electrification of the Bigster. The possibility of opting for hybridization to offer a high level of efficiency has already been hinted at. Now, the information that has been released in the framework of the static presentation of the Bigster to specialized media, allows clarifying some of these issues.

The emission regulations imposed by the European Union continue to push manufacturers to bet almost obligatory on electrification to avoid economic sanctions. In the range of engines of the Bigster will make an appearance both of the 48 Volt Light Hybrid Technology (MHEV) as of the E-Tech hybrid technology. It will be necessary to opt for electrification to be able to configure a 4×4 traction Bigster. 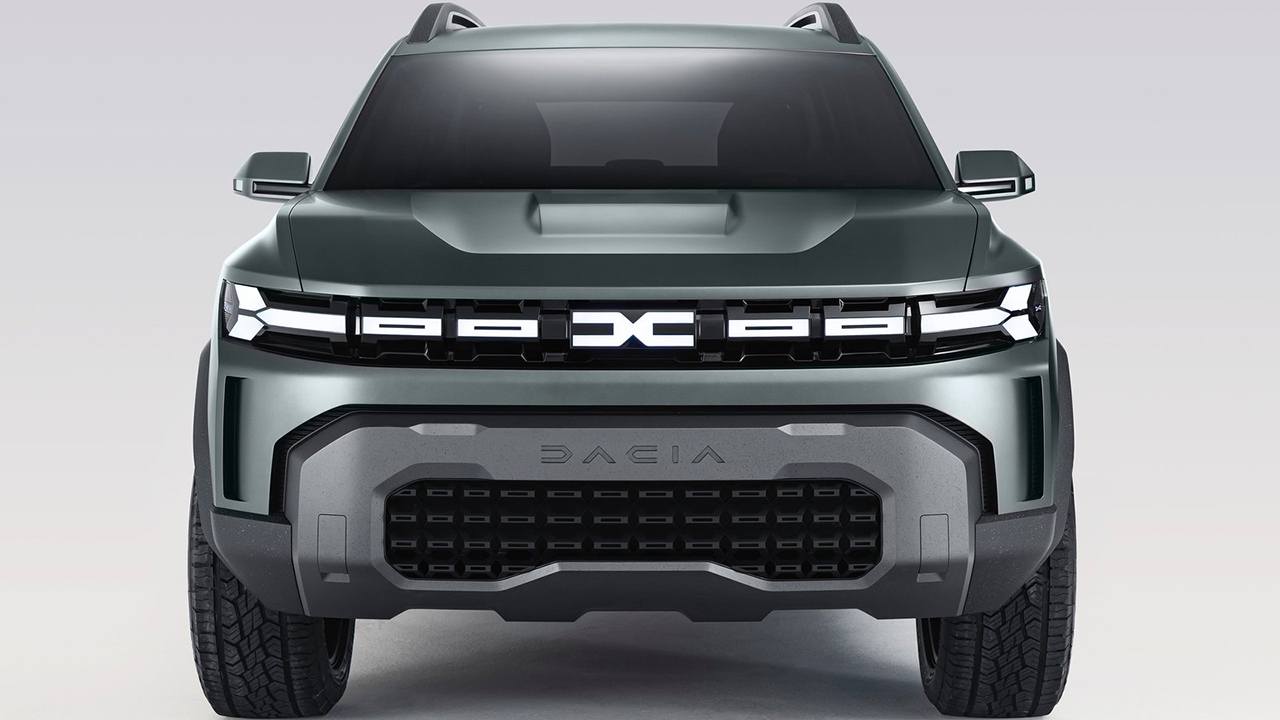 Although its dimensions are very close to models that are currently dealing with the D segment, the truth is that Dacia has been very clear when it comes to talking about the Bigster. The Romanian manufacturer warns that we will be facing its first model that will deal in the C segment. However, there are several factors that reveal how Dacia is playing with architectures and dimensions in order to “attack” a higher segment.

As we have previously pointed out, the Bigster will make use of the CMF-B platform in an extended variant to be able to support the body that exceeds 4.5 meters in length. Its most direct rivals will be models of the likes of the Nissan X-Trail and the Peugeot 5008. The price will be decisive and it is at this point where we cannot ignore other equally interesting proposals such as the DFSK 580.

By size, we are facing a vehicle more typical of the D segment that, however, the brand fits into the C segment and that, in its entrails, is a modified platform that, originally, is used by subcompacts.

Dacia Bigster, the long-awaited “older brother” of the Duster will be a realityRead news

An affordable 7-seater SUV to lead the low-cost market

The price, to this day unknown, will be decisive so that the Bigster can attack two categories highly coveted today by generalist brands in the Old Continent. On the one hand we have those of the best cheap SUVs, where Dacia’s representation is the Duster and, on the other hand, there is the list of the best 7-seater SUVs. If things are done well, the Mioveni company will have at its disposal a product capable of dealing with both automotive categories.