No less than 8 years have passed since we first met Cyberpunk 2077, which after the huge drop of information, culminates today with the publication of his latest trailer, in which we can take a more in-depth look at the game system, as well as various videos about the experience that this title will give us very soon, and everything that its development has entailed.

And it is that in total we find more than 5 minutes of in-game visuals, showing never-before-seen interactions and action scenes, as well as revealing more details about the story and characters (including their backgrounds and motivations). In addition to commenting on the main objective of V (protagonist of the game, a new face among the mercenaries of the city that has various cybernetic improvements), part of the trailer will be dedicated to the development of the character and some of the secondary activities in which they will be able to participate Players.

Although this has not been the only new contribution. And it is that the last conference of CD Project Red began with the revelation of Another Cyberpunk 2077 trailer focused on Johnny Silverhand (played by “awe-inspiring” Keanu Reeves) and the unique connection he shares with the game’s protagonist V. This was followed by a behind-the-scenes video with Keanu Reeves talking about his transformation into Night. The city’s iconic rebel rocker, with a look at voice and motion capture recording sessions.

Next, with JALI, the episode focused on the innovative technological solution used in Cyberpunk 2077 to enhance facial expressions and the lip sync of the game characters. The video provides information on how this engine makes the performances totally realistic for the eleven available languages.

Players looking to get in the mood for Cyberpunk 2077 can now also check out the just-released Original Score EP, featuring 6 tracks for a total of 22 minutes of listening time. The EP is now available on a selection of digital music streaming and distribution platforms.

Or enjoy “Score and Music”, a more in-depth look at the work of Marcin Przybyłowicz (The Witcher 3: Wild Hunt), PT Adamczyk (GWENT: The Witcher Card Game, Thronebreaker: The Witcher Tales) and Paul Leonard-Morgan (Dredd, Limitless, Battlefield: Hardline), together with collaborating musicians, and how all original music was created that encompasses the futuristic atmosphere of the video game.

Cyberpunk 2077: all the details shared to date

Returning to the videos published by CD Projekt RED we find different keys that cover important aspects such as the weapons, the decisions we can make or the RPG touch that Cyberpunk 2077 presents, perfectly integrated from the moment we created our character.

Thus, while the story will have a common central line, we will have to choose between three different origins: “Street Kid”, “Nomad” and “Corpo”, which we can translate as a street child, a nomad living in the suburbs and a corporate boy, that is, a “big fish.” Choose one or the other origin will result in a totally different start to the game. 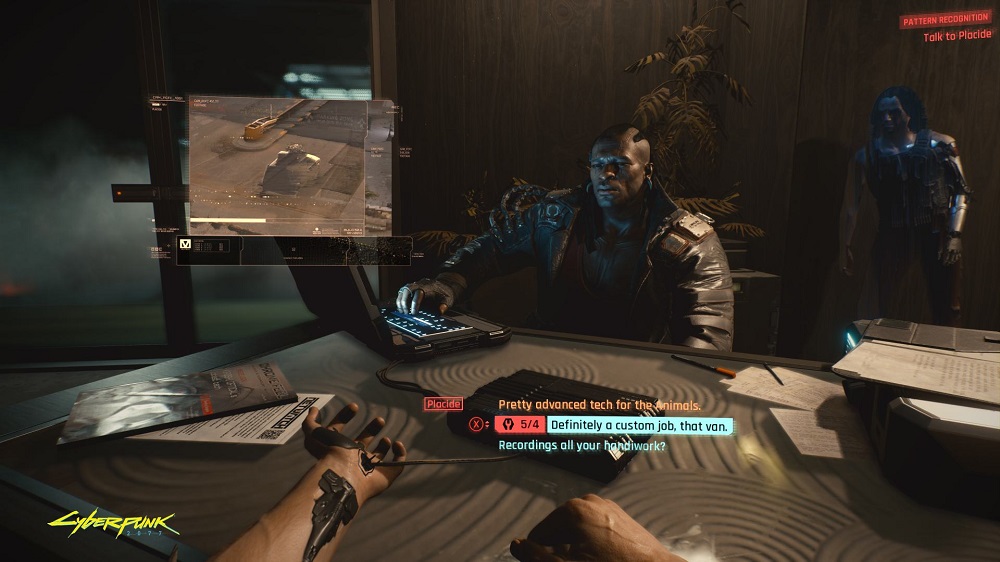 On the other hand, it has also delved into the different specializations and skills. We can focus on powerful, intelligent or technological weapons. Each one will have its own advantages, and we must be clear about them in order to use them optimally. For example, smart weapons will make our lives easier by having tracking and tracing systems, while powerful weapons will allow us to destroy enemies more easily.

For the soundtrack CD Projekt RED has relied on swedish band Samurai which, curiously, also has a small role in the history of Cyberpunk 2077, since it is the band led by Johnny Silverhand, a character that is played by Keanu Reeves. I am not entertaining you anymore, enjoy the videos.

The big unknown: What is the release date of Cyberpunk 2077?

After an enormous amount of delays, coming even after the game achieved “gold” certification of the production process, which essentially meant that the game was already finished and ready for mass production, according to the team of development the last date of arrival of Cyberpunk 2077 is already final.

And is that in the absence of “making sure that everything works well and that each version works without problems” and despite the fairly justified reluctance that many of the players still have, if everything continues as it should, Cyberpunk 2077 will go on sale on December 10, making a complete landing for all platforms with versions for PC, Xbox One, PlayStation 4, Google Stadia and the new generation of Xbox Series X | S and PlayStation 5 consoles.

In addition, owners of the Xbox One and PlayStation 4 versions will be able to enjoy a free update to Cyberpunk 2077 that will make the most of the new generation platforms, bringing them closer to the most complete experience of the game.