Lawyer Jaume Alonso-Cuevillas has formalized its resignation of the position of secretary of the Bureau of the Parliament of Catalonia just three weeks after it was established. Through his Twitter account, Cuevillas has made public the document that has been sent to the Board dated this Tuesday, April 6, which has been registered this Wednesday first thing in the morning. Likewise, the lawyer has reiterated through Twitter his “firm commitment” with JxCat and the “unquestionable leadership” from Carles Puigdemont.

The JxCat deputy has publicly questioned whether the Bureau has to admit for processing resolution proposals that do not have legal effects on monarchy or self-determination with the risk of disqualification of the members of this body.

The same president of the Parliament, Laura Borràs, has admitted that he decided to remove him from office when Cuevillas abstained in the proxy vote of the former director Lluís Puig claiming that it had been his lawyer. Borràs considers that the controversial interview in which the lawyer questions the “symbolic” confrontation strategy was the trigger, but that the decision had already been made previously in a private conversation. 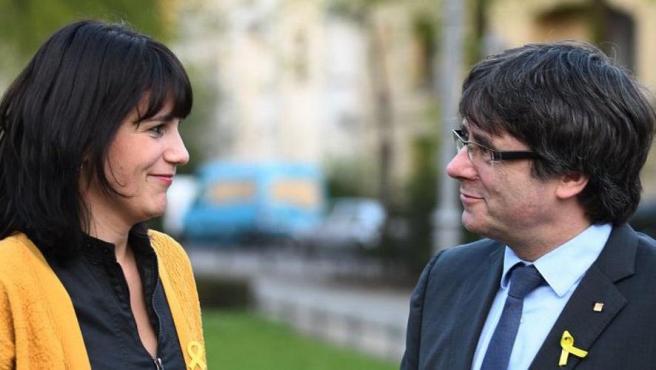 Who is Aurora Madaula, the JxCat deputy related to Puigdemont who will replace Cuevillas at the Parliamentary Table?

Today the Table meets with the absence of Cuevillas. At the moment, there will be no substitute since they will have to vote in the plenary session of the Parliament. JxCat has proposed to the deputy Aurora madaula to relieve Cuevillas and needs the support of ERC. For their part, the commons put on the table the name of their deputy Lucas Ferro as a candidate to fill the vacant chair. At the moment, Jéssica Albiach’s group is not part of the Table.