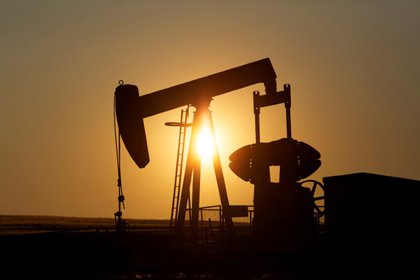 LONDON, Nov 18 (.) – Crude prices firmed up on Wednesday on hopes that the group made up of OPEC and its allies will postpone the planned increase in oil production to offset a larger-than-expected rise in inventories in the United States.

* “Crude prices are rising modestly today out of hopes that OPEC + will decide to postpone its planned production increase in January and because of the latest euphoria over vaccines,” said Bjornar Tonhaugen, head of oil markets at Rystad Energy.

* US laboratories Pfizer and Moderna have raised hopes of containing the COVID-19 pandemic with reports of high success rates for their coronavirus vaccines.

* To deal with lower energy demand as the pandemic continues its second wave, Saudi Arabia asked its partners in OPEC + – made up of the Organization of the Petroleum Exporting Countries (OPEC) and a Russian-led alliance – to be flexible to when responding to market needs.

* OPEC + met on Tuesday, but did not make a formal recommendation before the ministerial meeting the group will hold on November 30 and December 1 to discuss its policies.

* OPEC + members are leaning in favor of postponing a previously agreed plan to boost pumping next year by 2 million barrels a day, or 2% of global demand, sources told . this week. They are studying options to delay the increase by three or six months.

* Both benchmarks fell earlier in the session, after the American Petroleum Institute (API) said on Tuesday that crude inventories in the United States rose by 4.2 million barrels last week, well above expectations. of analysts in a . poll of a rise of 1.7 million barrels.